The federal government will invest $216 million in the Northern Territory's Kakadu National Park to improve road access and tourist facilities.

The World Heritage-listed Kakadu National Park will receive at least $216 million in funding to improve to improve roads and tourist facilities no matter who wins this year's federal election.

Labor has pledged $220 million for Kakadu if it wins government.

Prime Minister Scott Morrison on Sunday announced the coalition's $216 million package for the Northern Territory site during a visit to the town of Jabiru in Kakadu. 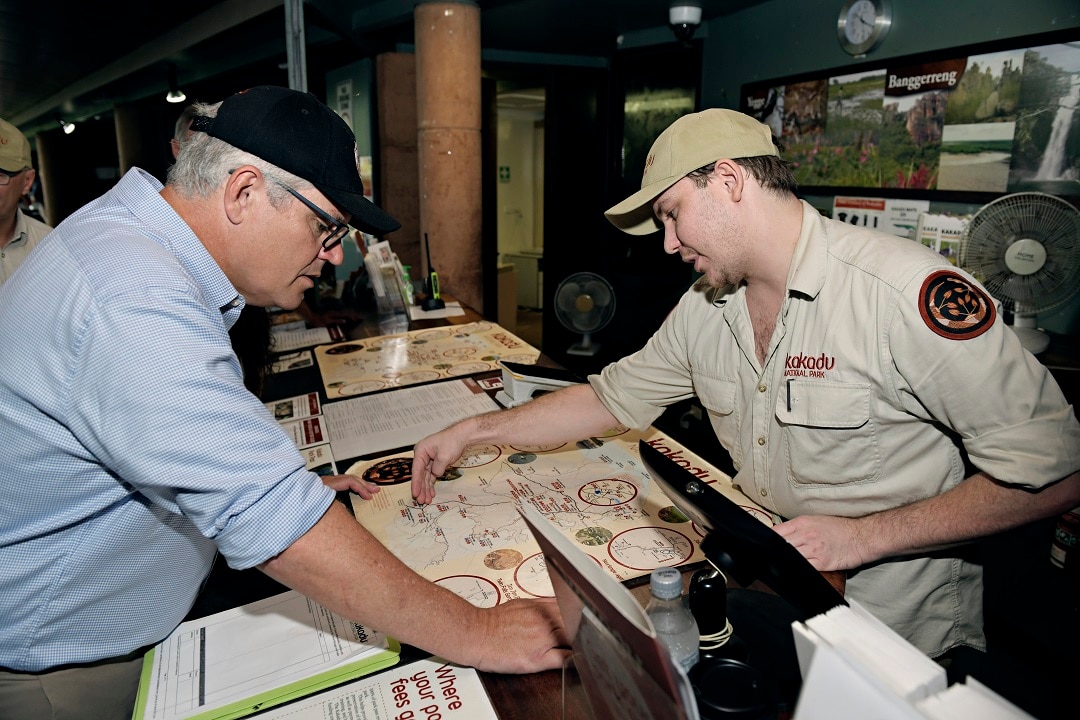 Australian Prime Minister Scott Morrison during a visit to the Bowali Visitor Centre, Jabiru in the Northern Territory.
AAP

Opposition Leader Bill Shorten will visit Jabiru on Monday, with the PM's trip organised after his office learned of Labor's plans.

During its peak as a tourist destination in the 1990s about 300,000 people a year were visiting - about half were international - when Crocodile Dundee was filmed there.

Kakadu is about one-third the size of Tasmania, boasting ancient rock art and rich flora and fauna.

However the infrastructure is tired and there is criticism of the standard of how the park is joint-managed by the Mirarr Aboriginal traditional owners and Parks Australia federal agency.

Visitors complain about difficulty accessing much of Kakadu, the regular closure of roads and that, unlike Uluru, there are no direct commercial flights to the national park. The government's plan includes $70 million to seal and upgrade roads and up to $111 million to improve tourism infrastructure.

"This is an incredibly sacred peace of ground in Australia, Kakadu is an icon in so many senses," Mr Morrison told reporters.

"It is a living ground of 60,000 years of the world's oldest living civilisation, when visitors come here from all around the world, I think that just blows them away.

"I know from working with the tourism industry that you invest in infrastructure, not just the promotions. The international tourism business is a tough caper and standards people expect are high."

Saving Jabiru and its local businesses and helping it transition from a mining town that supported the Ranger Uranium Mine to a centre based around tourism will be a key aim. The Gundjeihmi Aboriginal Corporation, representing the Mirrar, and the NT government released a $446 million master plan for Jabiru last year. Both welcomed the PM's funding announcement.

'I don't think we should have so many eggs in one basket in tourism in Kakadu," he told AAP.