Kevin Rudd has warned of a 'return to the days of the yellow peril' while launching an essay on China at Parliament House.

Former prime minister Kevin Rudd has blasted the Coalition's management of the China relationship as self-serving, and warned against a return of the "yellow peril".

Mr Rudd acknowledged managing relations with China had always been difficult but said the recent Liberal policy has been driven by party politics. Mr Rudd warned of the "return to the days of the yellow peril".
AAP

He said the Liberals had attacked him as a "Manchurian candidate", and did all they could during his time as prime minister to break decades of bipartisanship on China policy.

Malcolm Turnbull then used a hard-line assault on the Chinese government to consolidate his position when his leadership was under threat.

Mr Rudd said Mr Turnbull's 2017 declaration in Mandarin that he will stand up for Australians was seemingly about foreign interference but, in reality, motivated by domestic and internal politics.

"It was this statement ... that brings us into the current period," he said.

Mr Rudd was in Canberra on Tuesday to launch Peter Hartcher's essay, Red Flag: Waking Up to China's Challenge. 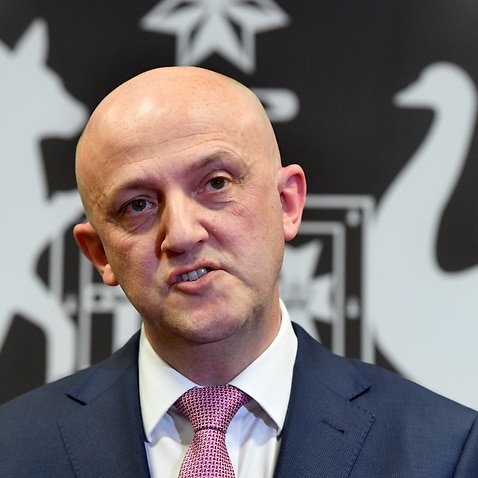 Looking to the future, he called for vigilance against real, rather than imagined, threats to Australia's democracy, constitutions and infrastructure.

But he warned it would be easy for that to translate into racial profiling.

"I will be the first to the barricades if the most recent national security legislation becomes a political vehicle for Hansonism and a return to the days of the yellow peril," he said. "This approach ... should be given effect as a legal and administrative process under Australian law, not as a populist witch hunt."

He urged the government to develop and regularly update a clear and consistent China strategy.

"It would be negligent for Australia not to have our own," he said.