As North Korea swelters in a heatwave, its leader has debuted some cooler attire while officials remain in full uniform on a factory tour.

As the Korean Peninsula swelters in a heatwave, officials were dressed in full uniform while Kim flaunted more breezier attire - stripping down to his undershirt. 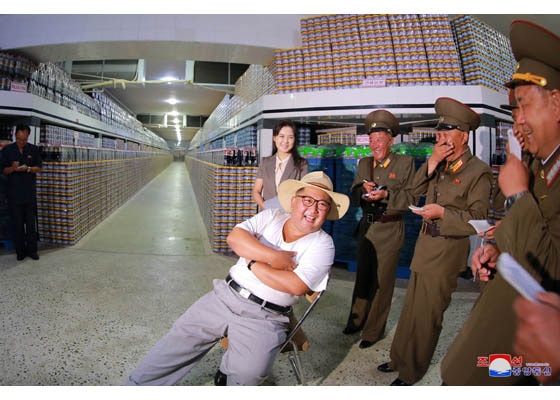 The photographs of a beaming Kim appeared in state newspaper Rodong Sinmun - a surprising change to the supreme leader's favoured, and more stern, Mao suits.

Kim arrived to the plant wearing a short-sleeved tailored grey jacket but quickly stripped down to the cooler undershirt. Kim Jong-un was in a grey tailored suit when he first arrived at the factory.
Rodong Sinmun

The factory visit is believed to be the leader's second this week.

It's part of the government's mission to become more self-sufficient in food sourcing by promoting alternatives such as fish and mushrooms. 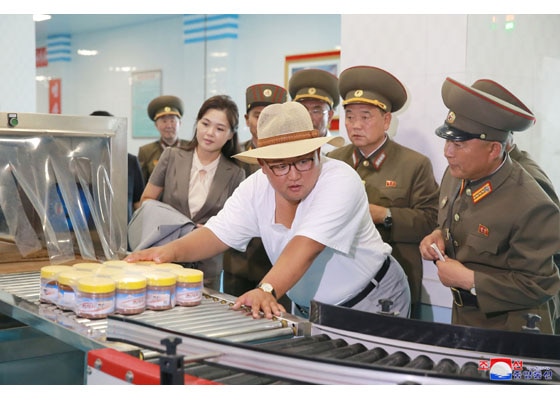 The Korean Peninsula is experiencing unusual prolonged temperatures, and as a result is suffering drought conditions.
Rodong Sinmun