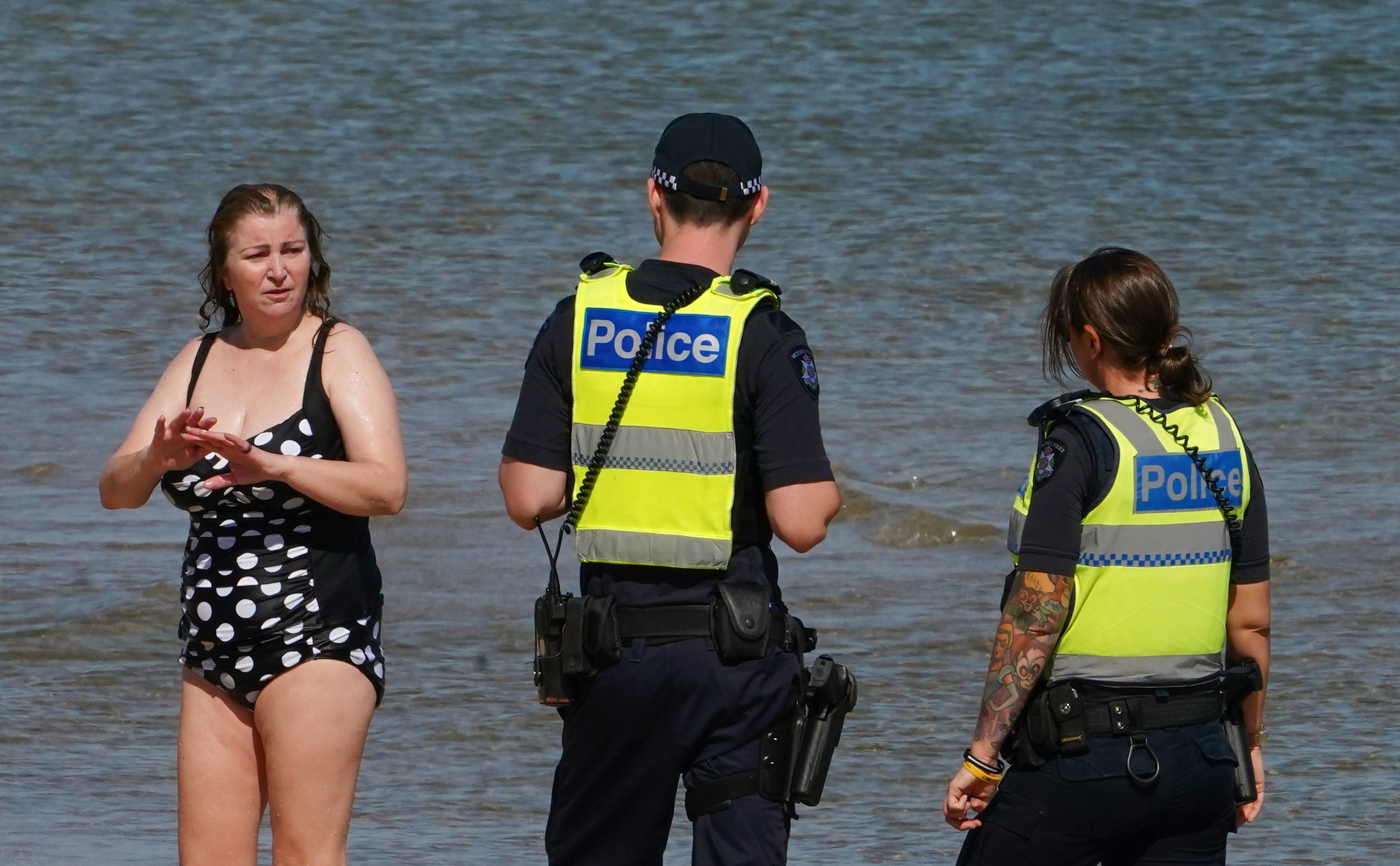 Police officers inform beachgoers that the beach is closed.
AAP 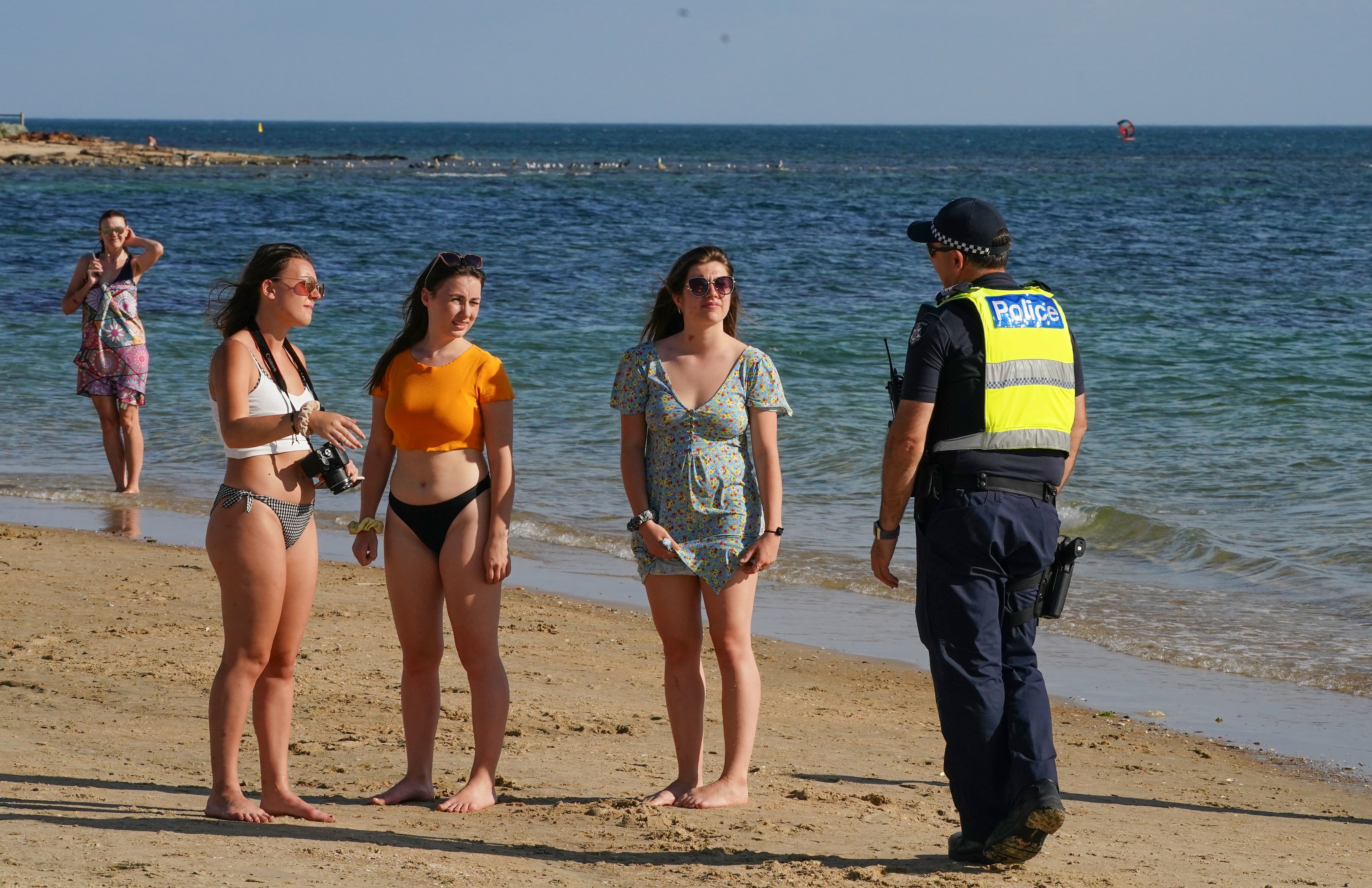