Syria's Kurds have announced a deal with Syria on troop deployment to confront Turkey.

The Kurdish administration in northern Syria on Sunday announced a groundbreaking deal with Damascus on a Syrian troop deployment near the border with Turkey, as Ankara pressed a deadly cross-border offensive that has sparked an international outcry.

The announcement was made public as the United States ordered the withdrawal of almost all of its ground force in Syria.

Defence Secretary Mark Esper said the move to extract 1,000 US troops came after Washington learned that Turkey was pressing further into Syria than first anticipated. 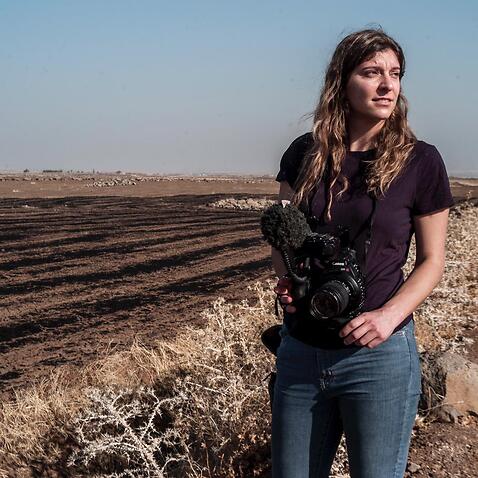 'Nowhere to run': Australian woman in Syria fears for Kurds as Turkey steps up assault

Turkey's relentless assault, which has seen airstrikes, shelling and a ground incursion manned mainly by Syrian proxy fighters, has killed scores of civilians and fighters since its launch on Wednesday.

The Kurds feel they have been betrayed by the United States, their once formidable ally in the fight against the Islamic State jihadist group, and left to fend for themselves in the battle against Turkish forces. 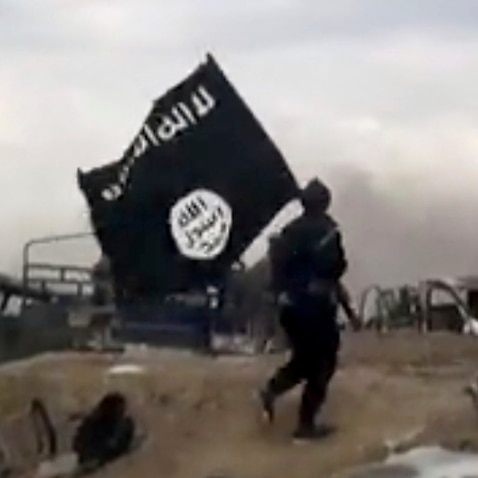 The massively outgunned Kurds described their deal with the Syrian government as a necessary step to stop the assault.

"In order to prevent and confront this aggression, an agreement has been reached with the Syrian government... so that the Syrian army can deploy along the Syrian-Turkish border to assist the Syrian Democratic Forces (SDF)," the Kurdish administration said in a statement.

It came after Syria's state news agency SANA said the army was sending troops to the north to "confront the Turkish aggression". 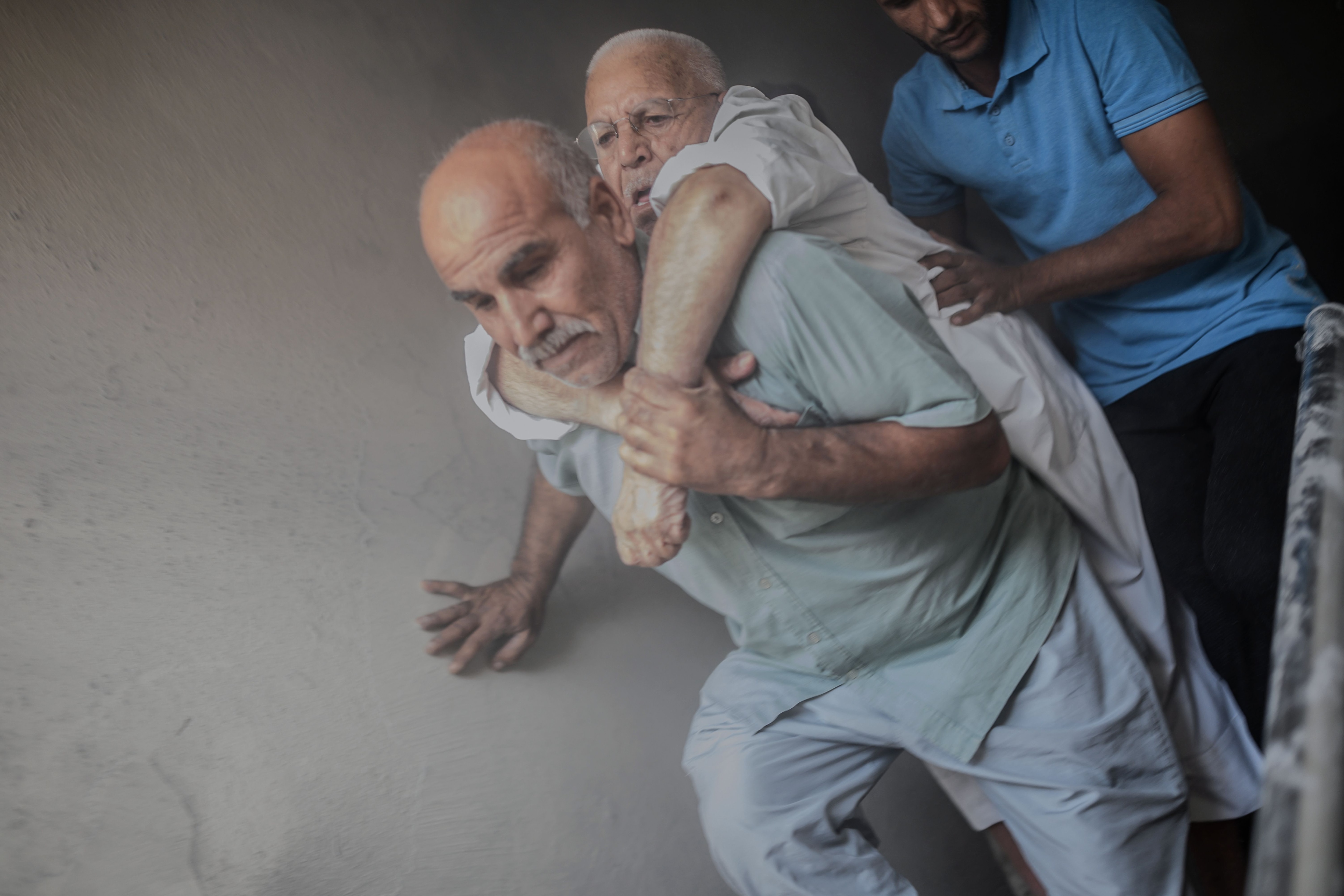 An elderly man is evacuated from a building in Akcakale, a town near the Turkish border after it was hit by a rocket reported to be fired from Syria.
AFP

In an editorial published in Foreign Policy magazine, SDF chief Mazlum Abdi wrote: "If we have to choose between compromises and the genocide of our people, we will surely choose life for our people."

Kurdish authorities and foreign powers have warned of a major humanitarian crisis, which has already forced tens of thousands to flee their homes.

They have also warned repeatedly that the hostilities could undermine the fight against IS and allow jihadists to break out of captivity.

Turkey's President Recep Tayyip Erdogan said the aim of Operation Peace Spring was to establish a "security zone" that would extend 30 to 35 kilometres into Syria and run between the Kobane to Hasakeh, a stretch of 440 kilometres.

The Syrian Observatory for Human Rights war monitor said at least 26 civilians were killed on Sunday.

Among them was Kurdish news agency ANHA's correspondent, Saad Ahmad. He died in a Turkish airstrike on a convoy of vehicles transporting civilians and journalists.

Observatory Director Rami Abdulrahman said the strike had hit a gathering of civilians who had come to Ras al Ain from the city of Qamishli to show support as the town is targeted by Turkish forces attacking Kurdish-led forces in northern Syria.

France 2 aired footage of the incident showing images of civilians mixed in with Kurdish-backed Syrian Democratic Forces (SDF) who were heading toward Ras al Ain.

An SDF statement said Turkish “invading forces” had targeted a civilian convoy with international media journalists on board that was heading to Ras al Ain accompanied by its fighters to “express their rejection of the Turkish invasion”. Mourners attend a funeral for Kurdish political leader Hevrin Khalaf and others in the northeastern Syrian Kurdish town of Derik.

At least 60 civilians have now died on the Syrian side of the border, with Turkish reports putting the number of civilians dead from Kurdish shelling inside Turkey at 18.

The Observatory said pro-Ankara fighters "executed" at least nine civilians on Saturday near the Syrian town of Tal Abyad.

The Kurds said a female Kurdish party official and her driver were among those killed.

Aid groups have warned of another humanitarian disaster in Syria's eight-year-old war if the offensive is not halted.

The UN humanitarian agency OCHA said the exodus sparked by the fighting had grown to 130,000 people and it was preparing for that figure to more than triple.

France's President Emmanuel Macron, at a joint news conference with Germany's Chancellor Angela Merkel, said the Turkish offensive -- over which both countries have decided to suspend arms exports to Ankara - risked creating an "unbearable humanitarian situation". A sniper from the Turkish-backed Syrian National Army satnds on a rooftop at Suluk town in the countryside of Tell Abiad after clashes with Kurdish fighters.
picture alliance

Macron told reporters that he and Merkel had spoken separately with Mr Trump and Mr Erdogan to deliver a single, clear message: "Our common wish is that the offensive must cease".

Prime Minister Giuseppe Conte of Italy, one of Ankara's main arms suppliers, said he would press for an EU ban on arms sales to Turkey.

Even Turkish Cypriot leader Mustafa Akinci, who heads of a breakaway state only recognised by Ankara in the north of the east Mediterranean island, chimed in, issuing a highly rare rebuke of the Turkish government.

"Even if we call it Peace Spring, it is blood that is spilling and not water," Mr Akinci wrote on Facebook.

On the ground, the Kurdish administration in northern Syria said that Turkish bombardment near a camp for the displaced led to nearly 800 relatives of IS members fleeing.

Some 12,000 IS fighters - Syrians, Iraqis as well as foreigners from 54 countries - are detained in Kurdish prisons, according to official Kurdish statistics.

"The brutal military assault led by Turkey and its mercenaries is now taking place near a camp in Ain Issa, where there are thousands (of people) from families of IS," a Kurdish administration statement said.

"Some were able to escape after bombardments that targeted" the camp, it said, adding that guards were attacked and the gates of the camp flung open.

Ain Issa camp is "now without guards" and 785 relatives of IS jihadists have fled, it said.

According to the Observatory, at least 104 SDF fighters have been killed since the start of the Turkish offensive.

Turkish forces and their proxies captured Tal Abyad on Friday afternoon, which left Ras al-Ain, further east, as the last major target in the offensive.

Turkey announced it had seized the key M4 highway, which looks like it might mark the southern limit of its advance in this initial phase of the invasion.