With less than a fortnight to go until the federal election, reports have surfaced of political misinformation from unidentified sources spreading on Chinese social media app, WeChat.

The posts target Labor policy on issues such as Safe Schools, taxes, asylum seekers and the economy.

"The Labor party decide to implement same-sex education safe schools if they win the election on 18 May.  For our children, don't vote Labor! Can't vote Labor!" one post, which emerged on WeChat last week, states. 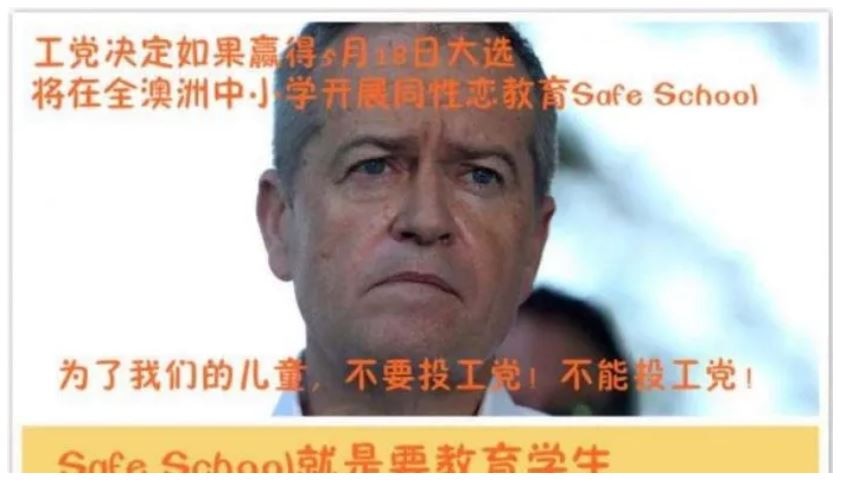 An unauthorised image appearing on WeChat.
Supplied.
Another post, complete with the caption "Green cards for all refugees, share Australia’s prosperity!", has circulated since 2016.
READ MORE 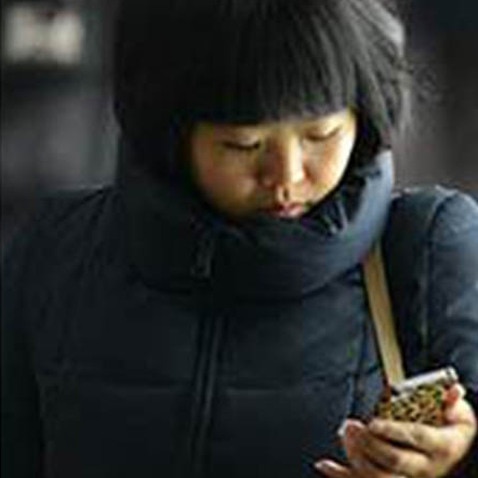 Some of the anti-Labor material can be traced back to Liberal Party members, The Sydney Morning Herald reported on Tuesday.

"This is not what we do in Australia. We have robust political debates. We don't have major political parties engaging in fake news on this media platform or any other media platform," Senator Wong told reporters in Geelong.

"It is incumbent upon Scott Morrison to rule out any Liberal Party involvement in the malicious false content that is circulating on WeChat."

The senator said parliament had passed foreign interference laws to ensure there was no interference in Australian elections. 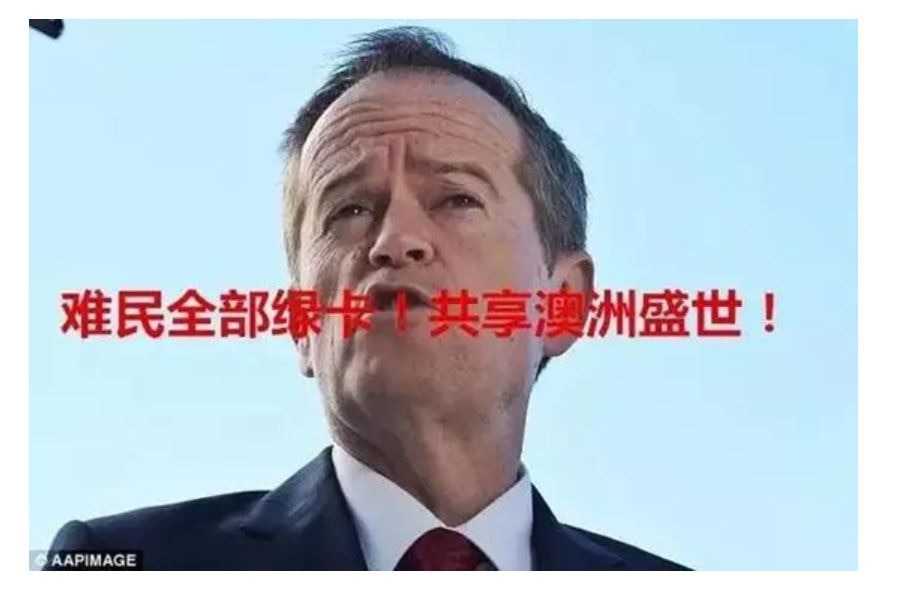 One public account posting the anti-Labor comment was misleadingly registered under the name of Nine's The Australian Financial Review.

"Reducing the input of refugees, carefully selecting refugees, and zero tolerance for refugees with specific beliefs and bad backgrounds will gradually reconcile the current refugee problem. Otherwise, the call for the next Hitler will only become louder and louder," the fake Financial Review account posted.

Another post includes a tweet purporting to be from Labor leader Bill Shorten saying: "Immigration of people from the Middle East is the future Australia needs".

To operate an official account on the WeChat app, the account holder needs to be registered in mainland China.  The owner of this particular account can be traced back to Shanghai, China.

Both Mr Shorten and Prime Minister Scott Morrison have WeChat accounts. The platform has become an important tool for parties seeking to woo electorates with high numbers of Chinese-Australian voters.

Labor has written to WeChat parent company Tencent about its concerns over "malicious and misleading content" and "fake news". But Michael Jensen, a political communication and technology researcher at The University of Canberra, said it's unlikely the party will have much success.

“It is an interesting test case … but I tend to think that it won’t go anywhere,” he said.

Last year, the Australian Electoral Commission created a formal set of protocols which makes clear  it expects social media sites Facebook and Twitter to respond to its notifications of illegal ads by either removing or blocking the post, or by passing on the details of the creator of the ad to the AEC.

Mr Jensen said while the frameworks is imperfect, it's a starting point.

“There are a lot of manipulative content used during election campaigns that we don’t want to empower a government agency to be an arbiter of what can be a legitimate thing to say during an election campaign because that runs a direct risk of politicising those entities that are on one side or the other of the political aisle," he said.

"Normally these are things we count on voters and parties to handle in the debates between them.”

It's not believed that WeChat is involved in any arrangement with the AEC.

How prevalent is it?

Fake or misleading news posts on WeChat is not a new phenomenon.

During the 2016 federal election, a Chinese-language campaign was launched on WeChat which was credited with being a key reason behind the upset win to Labor in the marginal Melbourne seat of Chisholm.

Some in the Chinese community say "fake news" on the app has not been as prevalent during this election campaign compared with 2016. “Compared with the last campaign I haven’t see as much fake news spreading,” he said.

“Especially with the last campaign...there were lots of stuff about same sex marriage, safe school being spread but I don't see as much as last time.”

But the design of the app can make it difficult to widely spread information, according to Wilfred Wang, a digital media researcher at Monash University.

“I think information is hard to get out on a wide scale, or to reach a large audience, that's not to say they don't exist but I do think it's hard for them to have a mass communication impact,” he said.

“The function of WeChat is predominantly for private chat, private communications, unless the information is spread from well-known popular official accounts with lots of followers, it’s kind of hard for any kinds of information to have large scale circulation.”