Voting has ended in the Eden-Monaro by-election, with Labor's Kristy McBain or Liberal candidate Fiona Kotvojs expected to win the vote.

Labor seems likely to narrowly hold Eden-Monaro but the results of the by-election will hinge on preference flows from the enormous number of early voters.

With just over 50 per cent of the votes counted, Labor's Kristy McBain is slightly ahead on 52.8 per cent after projected preference flows.

Liberal Fiona Kotvojs is expected to take 47.2 per cent of the two-party preferred vote.

But another 38 per cent of the southeastern NSW electorate's voters voted early and their ballots are still being counted, while 15 per cent made postal votes. 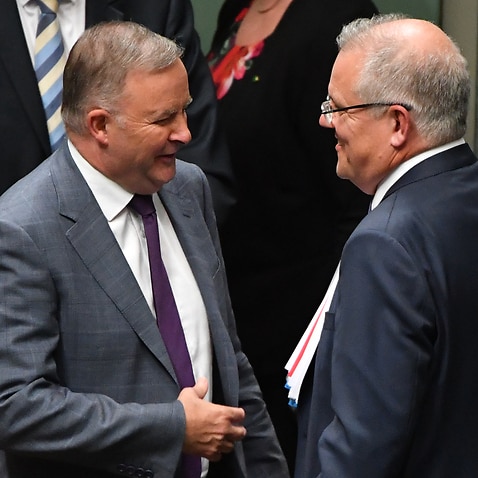 "It is just such an unusual situation because of COVID and just so many people have voted pre-poll," deputy Labor leader Richard Marles told Sky News.

"At the end of the day, whatever comes out of those big pre-polls is what's going to determine it."

So far, Labor's primary vote is down more than four points on its 2019 election result and the Liberals have also had a small swing against them.

The Greens' primary vote has also dropped, by 3.4 points. 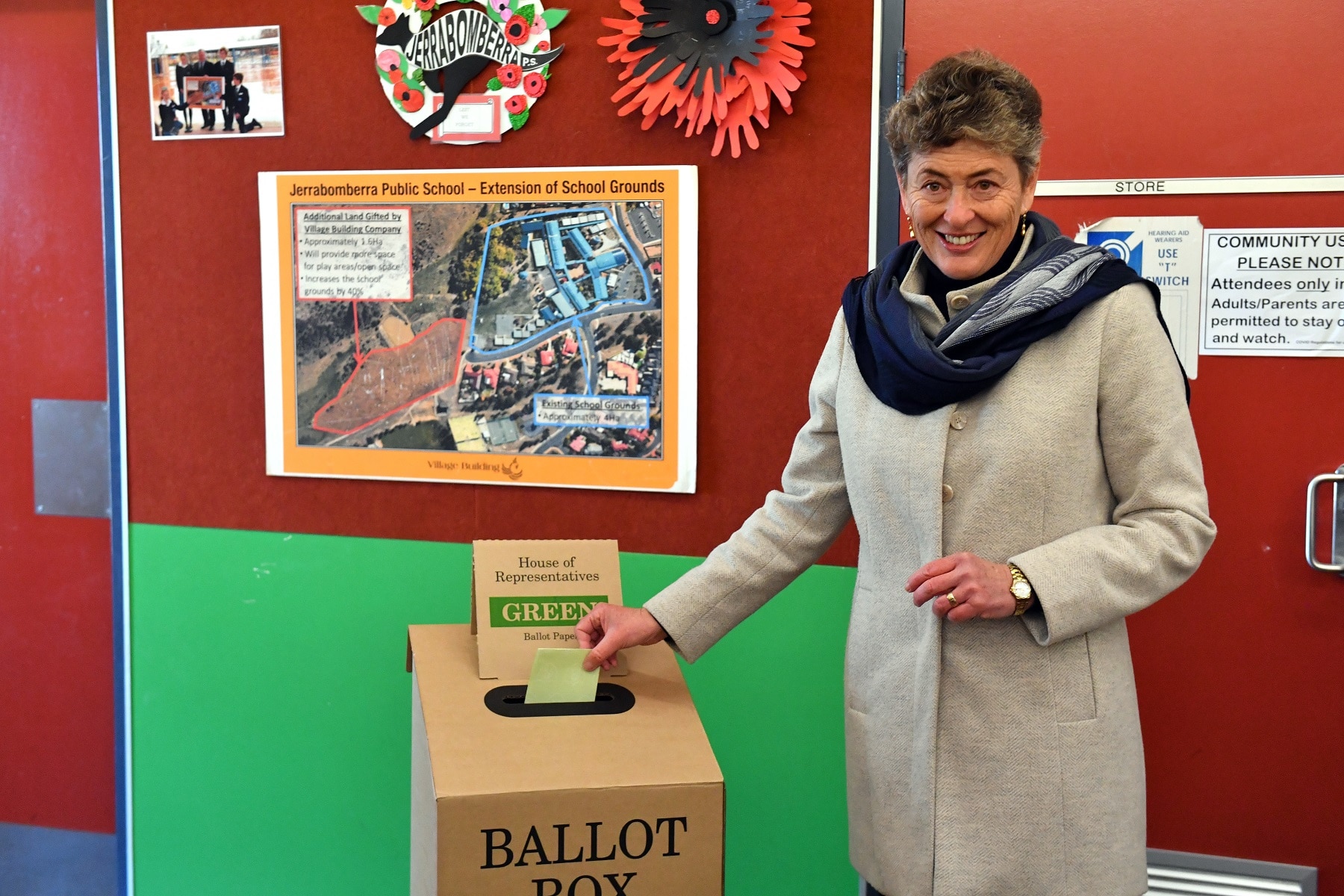 But Labor appears to be picking up good preference flows from the Shooters, Fishers and Farmers party and the Help End Marijuana Prohibition party.

"This is a pretty weird kind of coalition Labor seems to be forming to try and protect Albanese," he said.

"It tells you Labor has a real problem, their primary vote is down to very dangerous territory here."

NSW Deputy Premier John Barilaro, who initially considered running in the by-election for the Nationals, said there hadn't been a sense of anger from voters heading to the booths on polling day.

But Labor frontbencher Kristina Keneally said a dropping primary vote was to be expected when the party had lost a popular member.

The by-election was triggered when respected Labor member Mike Kelly resigned from parliament due to health concerns, having pipped Ms Kotvojs in 2019. 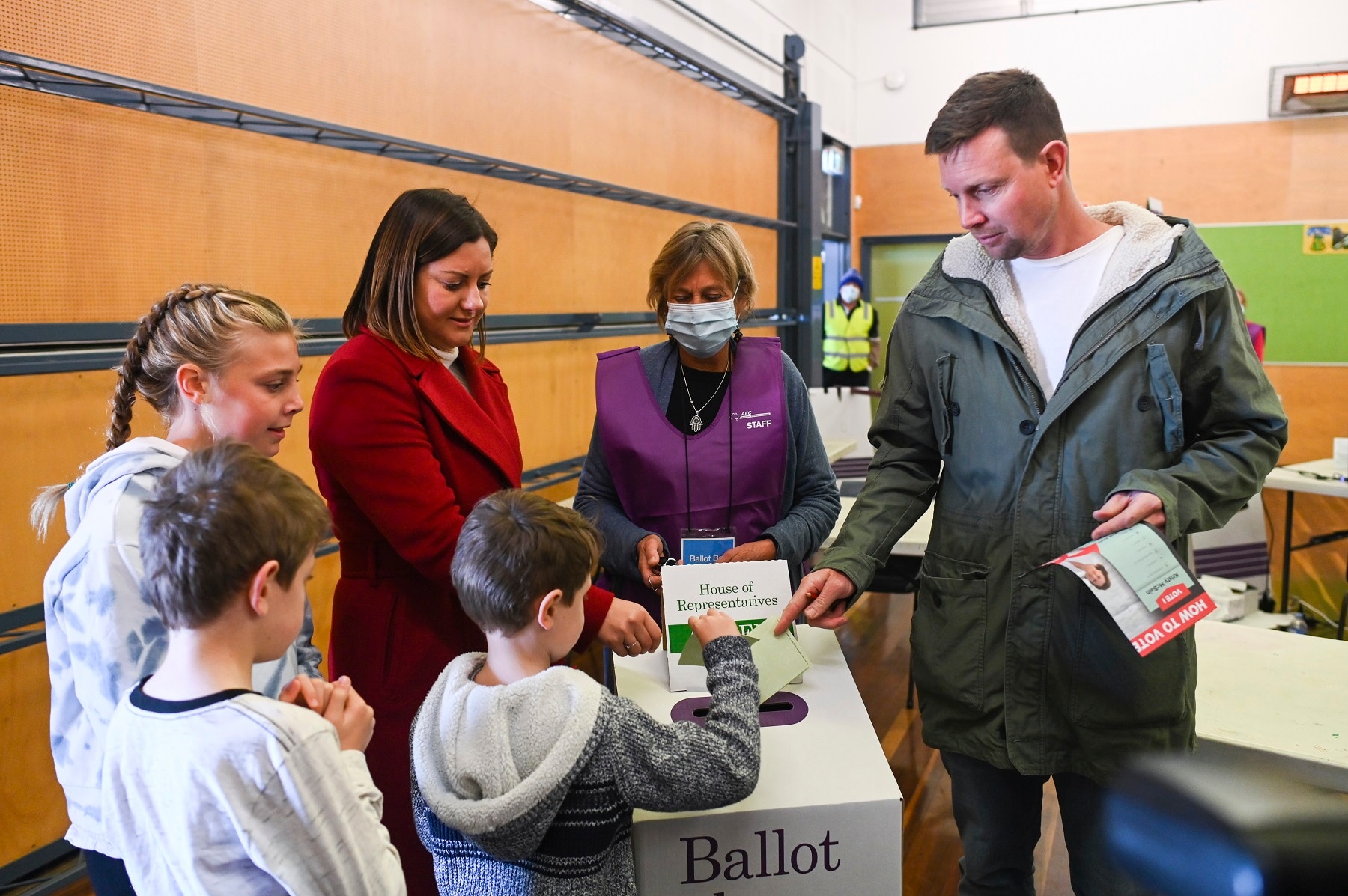 As the polls closed, Ms McBain tweeted her thanks to supporters.

No matter what happens, I'm so proud of the positive campaign we have run to make sure that Eden-Monaro is not left behind. I couldn't have done it without you.

"No matter what happens, I'm so proud of the positive campaign we have run to make sure that Eden-Monaro is not left behind," she wrote.

"I couldn't have done it without you." Dr Kotvojs said the electorate needs to be rebuilt after a tough six months.

"People need to think about which of the candidates is able to be a strong voice in government," she told reporters after casting her vote at a Jerrabomberra polling booth.

Nationals candidate Trevor Hicks conceded defeat around 9pm, with the Nationals gaining only 5.5 per cent of the vote.