Labor MP Mike Kelly says his decision to leave federal politics is gut-wrenching as he grapples with kidney and arthritic issues.

Labor MP Mike Kelly has confirmed his retirement from federal politics, triggering a by-election in the NSW seat of Eden Monaro.

The former army colonel has been forced to exit the Parliament because of a long battle with chronic renal problems dating back to dehydration from his military service in Iraq, Somalia and East Timor.

Dr Kelly has undergone numerous medical procedures since being rushed to hospital last October with a life threatening health scare. He announced his retirement in a press conference, thanking his family for their support during his political career.

"I really do regret and it has broken my heart to have to do this," he said.

"It's gut-wrenching and I wouldn't be doing it - if it just wasn't absolutely necessary to do it now."

Dr Kelly recalled how no region had "suffered more" than his electorate - bearing much of the brunt of the drought and this summer's bushfire crisis.

"They deserve to be prioritised right now," he said.

"Now it's time to get back to work and focus on the national interest and the crisis in front of us."

.@MikeKellyofEM has just announced he will retire from Parliament.

Mike has faced health challenges, a consequence of his military service overseas.

Labor Leader Anthony Albanese called Dr Kelly a "great Australian", thanking him for his years of service and passion for his electorate.

"Mike Kelly is an extraordinary Australian, and he has brought a great deal of dignity, talent, capacity and commitment to this parliament," he said.

Federal Labor MP Mike Kelly will confirm he is resigning from federal parliament at a press conference later this morning, triggering a by-election in Eden Monaro #auspol @SBSNews

He told SBS News earlier this year he was determined to stay on in federal politics as long as he could. Dr Kelly was first elected to his seat in 2007.

But Mr Barilaro says a three-cornered contest isn't in the coalition's best interests. 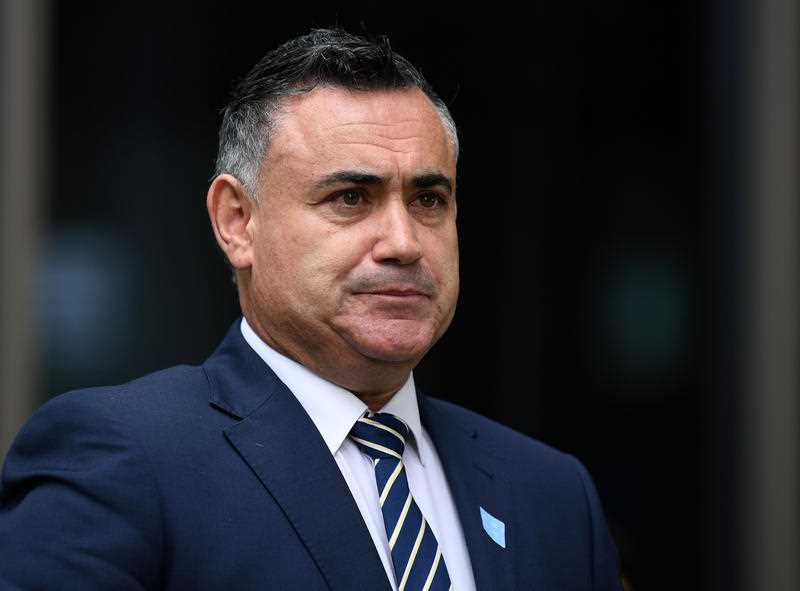 Deputy Premier and Minister for Regional NSW John Barilaro speaks to the media during a press conference in Sydney.
AAP

Mr Barilaro says he wouldn't run against Mr Constance, and will speak with his family over the weekend about having a tilt at federal politics.

"Everybody's got to be honest with themselves and it will be something that I'll weigh up over the next few days."

Mr Barilaro's state electorate covers the Queanbeyan area, where the majority of the Eden-Monaro population resides.

"If I do this, I do this knowing I could be out of politics," he said.

Eden-Monaro was once considered a bellwether seat - going to the party that wins government - but Dr Kelly brought that to an end in 2016.