Andrew Giles says about 50 Australian citizens are believed to be in Ethiopia's Tigray region, where the situation "remains grave".

Labor MP Andrew Giles has urged his parliamentary colleagues to do what they can to support the country’s Ethiopian community, amid “a full-scale humanitarian crisis” believed to be affecting about 50 Australians.

His comments come amid a military confrontation in Ethiopia’s Tigray region which has sent tens of thousands of refugees into Sudan and seen the wounded flood hospitals as hundreds are reportedly killed.

Speaking in the House of Representatives on Monday, Mr Giles said he believed 50 Australian citizens were currently in the Tigray region, where communications have been cut off. 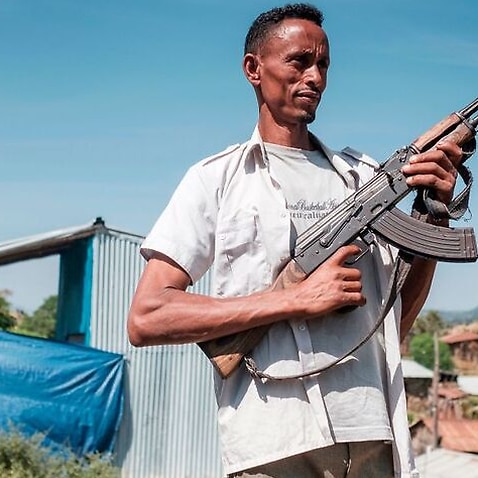 'People killing each other': Australians stranded in Ethiopia desperate to return home

“It's difficult to imagine how distressing this must be given the circumstances there at the moment," he said.

"While other nations have repatriated their citizens from the conflict, we have not."

Mr Giles said the world could not stand by and watch, and urged all politicians in the house to do what they could to "support our friends in Australia’s Ethiopian community” during a difficult time.

Meanwhile, hospitals in the Tigray capital faced an influx of trauma patients on Sunday, an aid group said, after federal troops claimed control of the city and Ethiopian Prime Minister Abiy Ahmed said fighting was over.

But a communications blackout in Tigray has made it impossible to independently verify whether the regional capital Mekele is completely under federal government control. 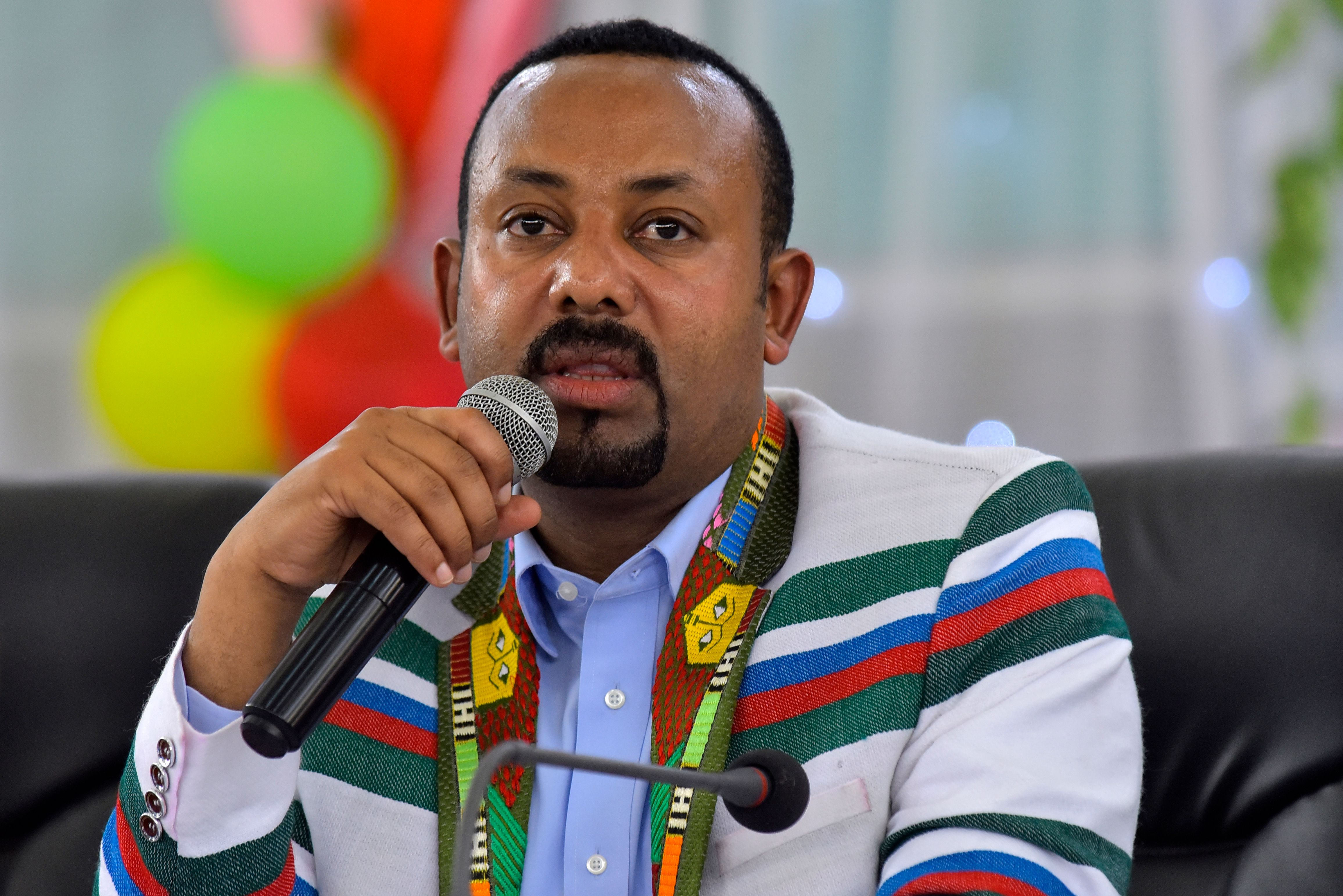 It has also frustrated efforts to obtain a full picture of fierce fighting in Tigray that has left thousands dead and sent tens of thousands of refugees streaming across the border into Sudan.

On Sunday the International Committee of the Red Cross (ICRC) said health workers in Mekele were struggling with shortages of food and medical supplies including body bags.

At Ayder Referral Hospital, one of the city's biggest, the ICRC said it "found approximately 80 percent of patients to be suffering from trauma injuries," without specifying how the injuries were sustained.

"The influx of wounded forced the hospital to suspend many other medical services so that limited staff and resources could be devoted to emergency medical care," the ICRC said in a statement. 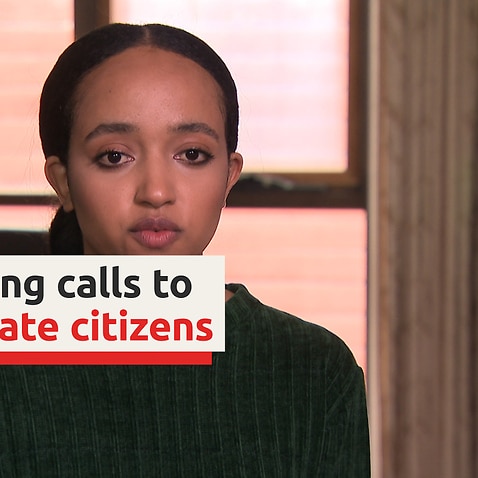 'There's a lot of fear within the community'

It also noted that Mekele was "quiet" on Sunday, the latest indication the TPLF opted to retreat rather than face government troops in a city that, before the conflict, had a population of half a million.

Mr Abiy announced on 4 November he was sending federal troops into Tigray in response to attacks by pro-TPLF forces on federal army camps.

The move marked a dramatic escalation of tensions between Mr Abiy and the TPLF, which dominated Ethiopian politics for nearly three decades before anti-government protests swept Mr Abiy to office in 2018.

After securing control of western Tigray and giving TPLF leaders a 72-hour ultimatum to surrender, Mr Abiy announced on Thursday he had ordered a "final offensive" against pro-TPLF forces in Mekele.

Global concern had mounted over a possible bloodbath, and heavy shelling was reported in Mekele earlier Saturday.

But in the government's telling, little fighting actually occurred.

Scant news filtered out of Mekele on Sunday even through official channels. 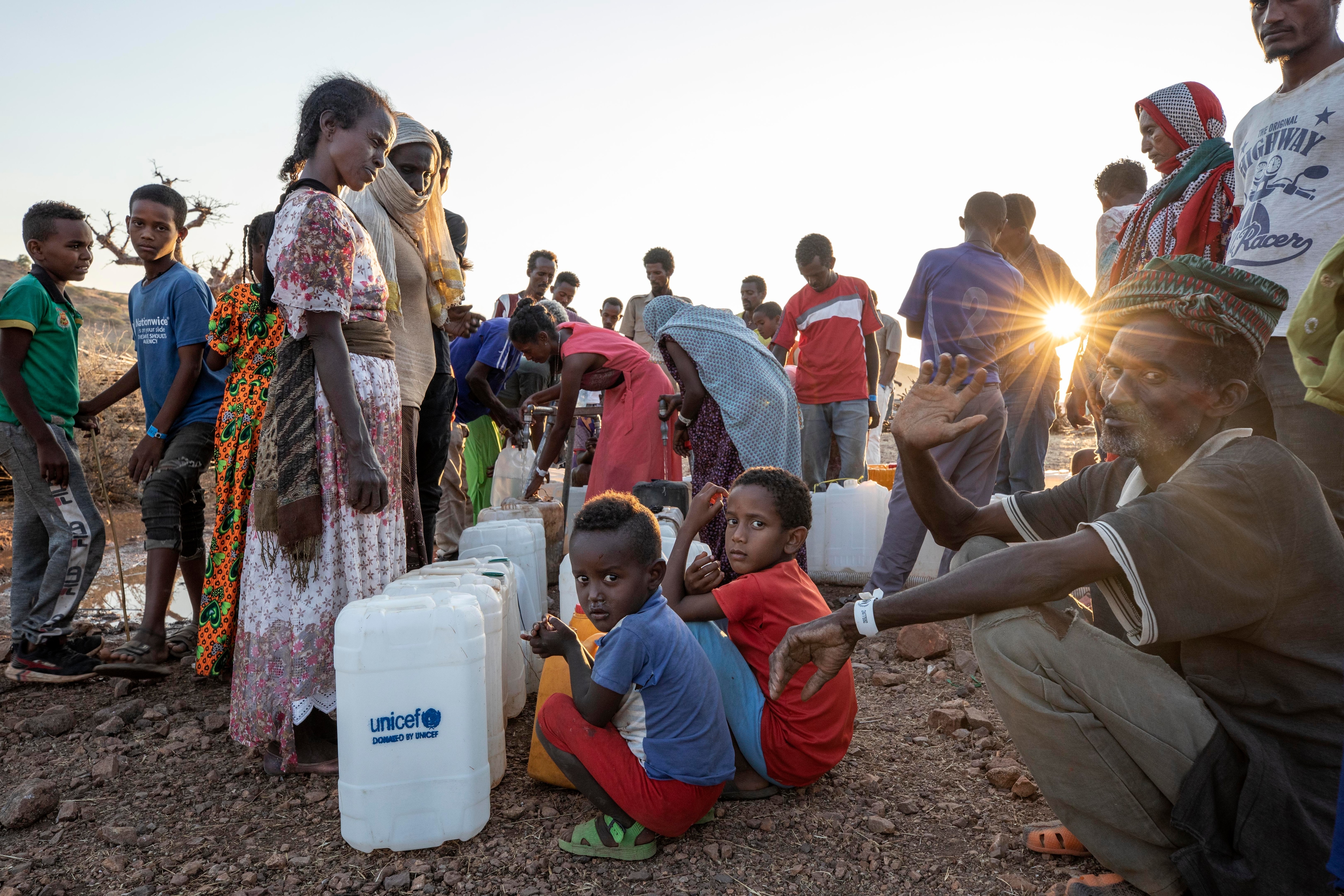 Women and men who fled the conflict in Ethiopia's Tigray region, wait to pour water into gallons, at Umm Rakouba refugee camp in eastern Sudan on 27 November.
AAP

A military spokesman, General Mohamed Tessema, told AFP that operations were proceeding "very well" and that soldiers were "doing their work peacefully", but said he could offer no details.

Elsewhere in Tigray, state television reported Sunday that graves containing more than 70 bodies had been discovered in the town of Humera, and quoted witnesses who claimed the victims were killed by pro-TPLF fighters.

Tigray regional television, for its part, claimed pro-TPLF forces had recaptured the towns of Axum and Mai-Tsebri from federal forces and had also shot down a government warplane.

Neither report could be independently corroborated.

The TPLF has vowed to fight on as long as pro-Abiy forces have any kind of presence in Tigray, and analysts have warned it could shift gears to adopt insurgency-style tactics.

A top commander in the Tigray operations, Lieutenant General Bacha Debele, told state-affiliated media Sunday that the military was "ready to prevent any possible suicide attacks by the TPLF junta in the future".

Mr Abiy had said police were working to apprehend the party leadership, who were not reachable Sunday, their whereabouts unknown.

Ever since Mr Abiy took office, TPLF leaders have complained of being sidelined from top positions, targeted in corruption prosecutions and broadly scapegoated for the country's woes.

The rockets appeared to be aimed at Asmara's airport and military installations, though it was unclear where they landed and what damage they might have caused.

The US embassy in Asmara reported that "six explosions" had occurred in the city "at about 10:13 pm" Saturday. It marked the third time Asmara has come under fire from Tigray during the conflict.

The TPLF has claimed responsibility only for the first attack two weeks ago.

It said Asmara was a legitimate target because Ethiopia was enlisting Eritrean military support for its campaign in Tigray, which Ethiopia denies.

Mr Abiy says his government is now focused on rebuilding Tigray and providing humanitarian assistance to the population of six million.

Displacement is believed to be widespread within the region, which has suffered multiple rounds of air strikes and at least one massacre that killed hundreds of civilians.

The United Nations has spent weeks lobbying - so far unsuccessfully -for full access.

With reporting by SBS News.