Opposition leader Anthony Albanese says the huge gender pay gap in Australia is "not good enough" and more transparency and accountability is needed.

Labor is calling for greater transparency over the gender pay gap in Australia - vowing to create laws that would require companies to report such data publicly.

He said Labour would set up a searchable pay equity website that would publish pay data from the private sector.

Data in February showed the pay gap narrowed to 13.4 per cent in Australia during the coronavirus pandemic.

Despite this, women working full-time still earned $242 less than men each week, on average.

"The first step is accountability and transparency. If you had that, what you would have his pressure on the companies to do something about it."

Currently companies report gender pay data to the Workplace Gender Equality Agency (WGEA) - but the results from individual companies are not made public.

Under Labor's plan, companies with more than 250 staff would be required to publicly report their gender pay gaps.

"Australian women do deserve better - we need national leadership to resolve this problem," she said.

The announcement comes as the world marks International Women's Day - and the federal government grapples with scrutiny over its recent handling of sexual assault allegations. 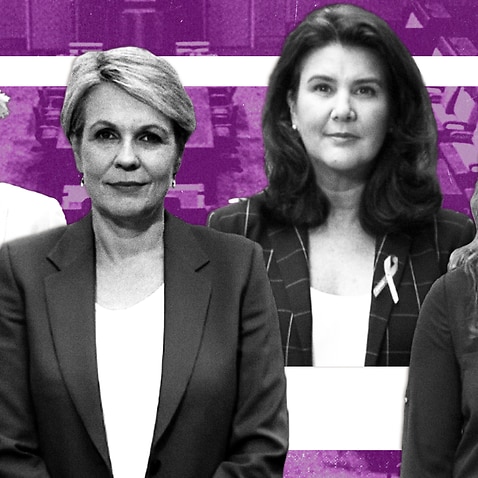 Labor is also vowing to strengthen the capacity of the Fair Work Commission to order pay increases for workers in low-paid, female-dominated industries.

Under Labor's plan, it would also prohibit pay secrecy clauses that prevent some employees from disclosing their remuneration. Australia was ranked 15th on similar measures in 2006, according to the report.

“Australian industries and occupations are highly gender segregated, with the ones dominated by women being paid less and featuring fewer protections," ACTU President Michele O'Neil said.

"This stems from historical gendered assumptions about the value of ‘women’s work’."

"The statistics show us that we have again narrowed the gender pay gap, but it is currently a very volatile figure," she told reporters.

"It is volatile because of the impact of COVID-19 on the economy, on business and employers, and the path through this is not at all a straight path."