The updated pledges of countries as part of the Paris Climate deal are a long way off what is needed, with the United Nations urging G20 nations to do more.

Renewed promises to slash greenhouse gas emissions from countries as part of the Paris climate deal are "very far" from what is required to avert catastrophic global warming, the United Nations said Friday.

In its assessment of the pledges made in recent months by around 75 countries and the European Union, UN Climate Change said that only around 30 per cent of global emissions were covered in the commitments.

"It's incredible to think that just when nations are facing an emergency that could eventually end human life on this planet, despite every study, every report and clear warnings from scientists throughout the world, many nations are sticking to their business as usual approach," said the UN's climate chief Patricia Espinosa. 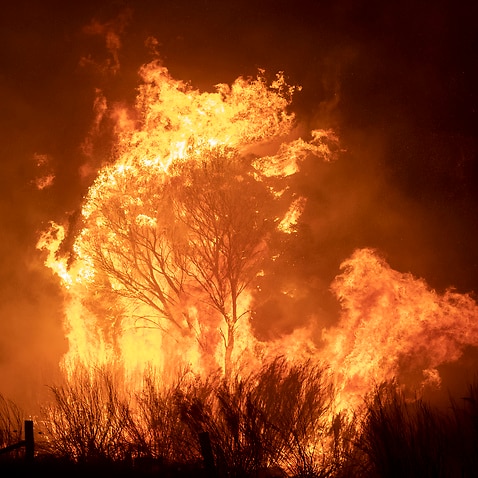 Under the landmark 2015 Paris deal, nations promised to work to limit global temperature rises to "well below" two degrees Celsius above pre-industrial levels.

To achieve this, and to gun for a safer temperature cap of 1.5C, nations committed to slash emissions, as well as to provide assistance to the most climate-vulnerable countries.

The deal included a "ratchet" mechanism in which signatories agreed to a rolling five-year review of their climate pledges, known as Nationally Determined Contributions, or NDCs, in which they are supposed to display ever greater ambition for action. The Intergovernmental Panel on Climate Change, the world's pre-eminent body on global warming, says that emissions should be around 45 percent lower by 2030 compared with 2010 levels to meet the 1.5C goal.

The UN said on Friday that the combined impact of the renewed NDCs would constitute a less than one percent drop in emissions in the same timeframe.

Many leading polluters, including China, the US and Japan, either missed the NDC deadline or failed to build upon existing pledges, according to Climate Action Tracker.

"Decision makers must walk the talk," he said.

"Long-term commitments must be matched by immediate actions to launch the decade of transformation that people and planet so desperately need."

With just over 1C of warming so far, Earth is already plagued with increasingly intense droughts, wildfires and superstorms made more potent by rising seas. The 75th session of the UN General Assembly with delegates sitting distanced apart in the famous UNGA hall at New York Headquarters.
GETTY

Many of the countries that did submit renewed NDC targets are among those most threatened by climate-driven extreme weather events.

"We are flirting dangerously with the 1.5C warming limit that the world agreed we need to stay within. It is small island developing States like ours that will pay the ultimate price if we do not," he said.

2021 is being billed as a key year for the climate, with the COP26 climate summit in Glasgow providing a new informal deadline for renewed NDCs after the pandemic year. Ms Espinosa said that it was in some cases understandable that countries battling Covid-19 had neglected to meet the NDC deadline.

"However we also note that the climate change emergency did not stop for the pandemic and that it won't go away because of another emergency," she told reporters.

You can also find stories from Dateline, Insight, The Feed and NITV on their websites and social media platforms