The Nauru 19 have been sentenced to varying jail sentences by the tiny Pacific island nation.

A group of protesters, known as the Nauru 19, are understood to have been sentenced to between three and 11 months in jail.

The group was found guilty by Nauru's Supreme Court last month over a 2015 anti-government rally which turned violent, including clashes between police and demonstrators and rocks thrown through the windows of the island’s parliamentary building.

Nineteen people were charged with various criminal offences including rioting: Three have since fled the country and are reportedly seeking asylum in Australia and three others pleaded guilty.

Another defendant, Nauru's late former president Sprent Dabwido passed away in May this year from cancer.  He was also seeking political asylum in Australia prior to his death.

On Thursday, the Supreme Court handed down varied sentences for the remaining 12.  Former Nauru MP Mathew Batisua received the longest sentence of 11 months, while SBS News understands the majority of the remaining convicted received jail terms of between six and eight months. 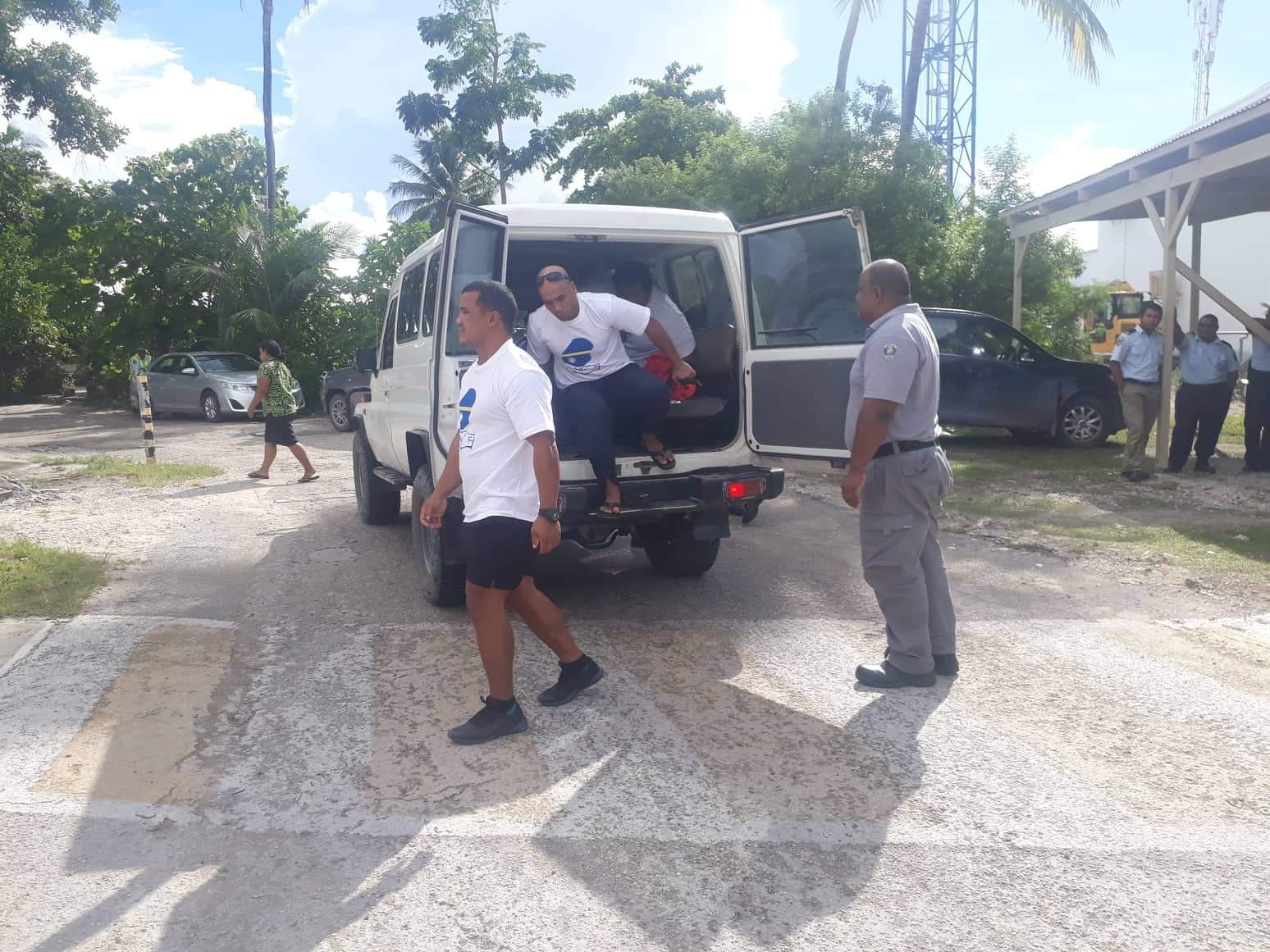 The defendants head into court under police guard.

The sentences are suspended after half the terms have been served.

The lengthy case had been thrown out of the Nauru Supreme Court last year after an independently appointed Australian judge, Geoffrey Muecke, found a fair trial was not possible for the accused due to government interference, led at the time by former president Baron Waqa. 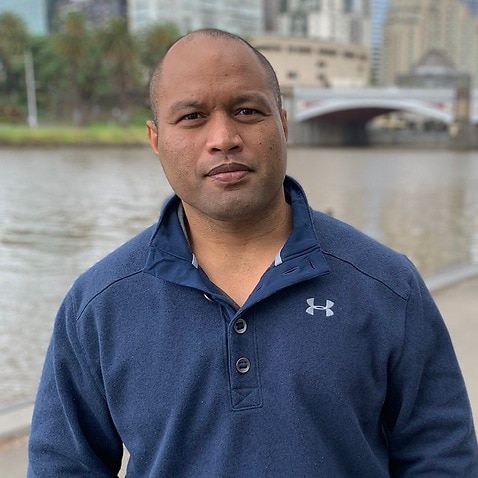 He was subsequently sacked and the decision was overturned by a new judge who ordered a retrial of the case.

One of the Nauru 19, Squire Jeremiah, who now resides in Melbourne said the decision to leave Nauru was not easy to make.

“It's very hard to leave your own country, I find it is the only place where I live and have 10,000 friends, here I have no friends compared to home,” he told SBS News. 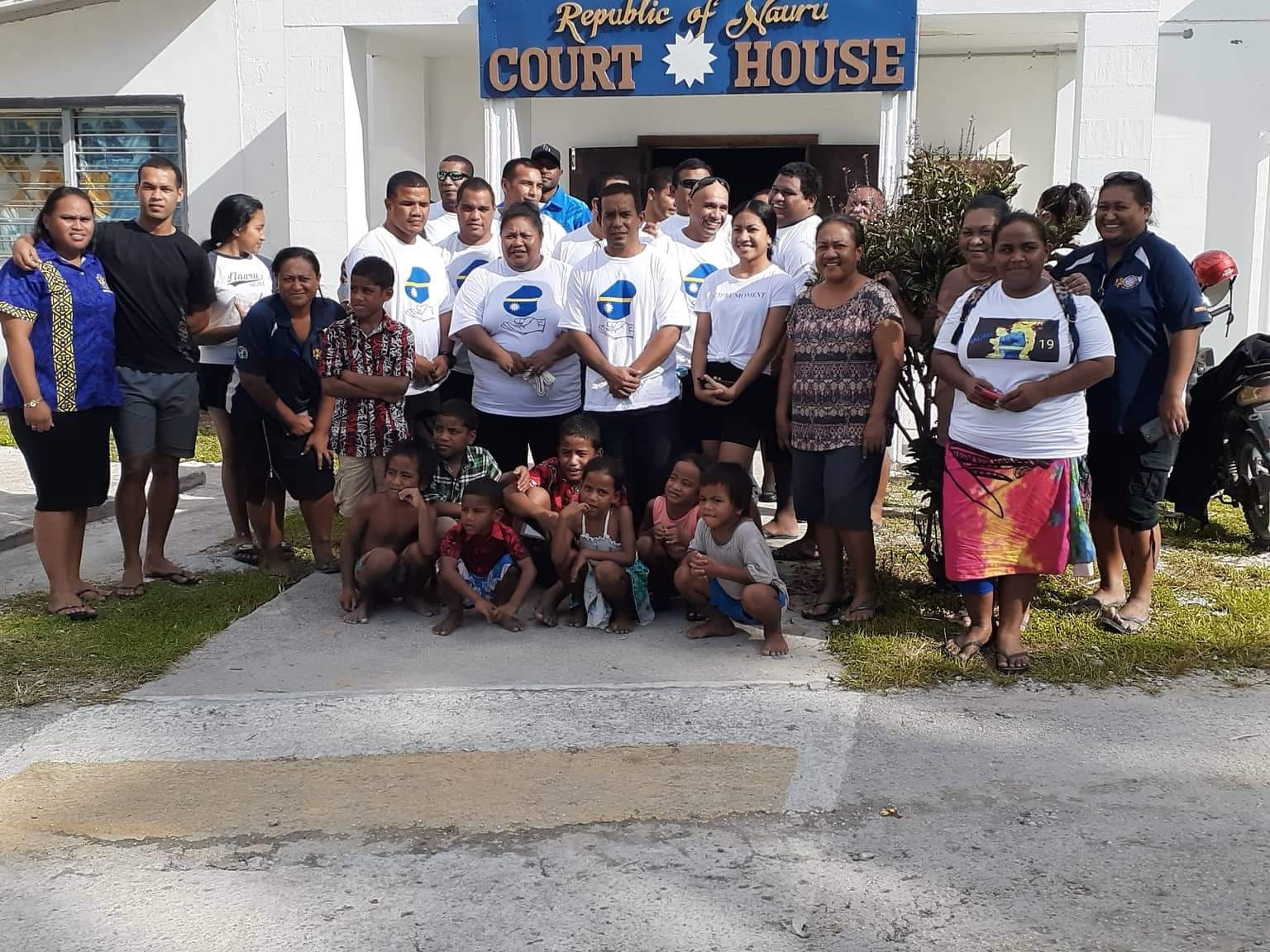 The Nauru 15 pose outside the court house, ahead of the decision.
Supplied

“So, leaving is not an easy decision for us.”

The case has been widely condemned by the legal community in Australia, which has described it as a “travesty of justice”.

Former barrister for the Nauru 19, Stephen Lawrence, said the accused group had been denied legal representation throughout the retrial of the case. Former MPs and their supporters who took part in the protest when they were first charged in 2015.
Supplied

“The injustice here is that the Nauru government has refused to allow legal representation for the accused and it has handpicked a series of judges until they have found a judge who was willing to convict these people,” he said.

“It really has been a sham trial, a parody of justice.”

All 12 defendants are expected to appeal.

“This sadly it seems is a sham court,” Mr Lawrence added.

“It does not enjoy true independence from the executive government.

“So one can have little confidence in the prospects of the Nauru 19 receiving true justice in the new handpicked court of appeal.”

President of the Law Council of Australia Arthur Moses said the way the case has been handled shows an erosion of the rule of law in the tiny Pacific Island nation.

“This brings into disrepute, the administration of justice and there is no doubt that in the circumstances of this case that the Nauru government has denied these individuals the right to a fair trial,” he said.

Mr Moses is among a number of lawyers who are advocating for the Australian government to stand up to the small Pacific Island nation.

“There is no doubt that the sovereignty of Nauru has to be respected, but that does not mean that Australia, as a leader in the Pacific walks away from its role in placing a country such as Nauru under scrutiny when it violates each international obligations in relation to the protection of the right of a citizen to a fair trial and the right to legal representation,” he said. 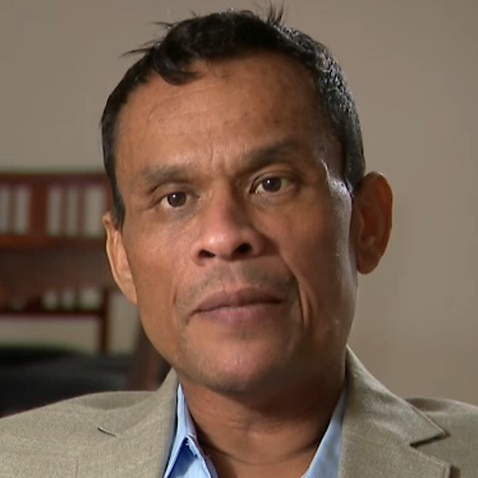 “That is when the Australian government must step up and not look the other way.”

The Nauru government did not respond to a request for comment but has forcefully defended the country’s judicial system in the past.

Minister for the Pacific Alex Hawke, and Foreign Minister Marise Payne have been contacted for comment.