The industrial chemicals exploded in a massive blast that obliterated most of the port, killed at least 163 people, injured 6,000 more and destroyed some 6,000 building.

Lebanese security officials warned the prime minister and president last month that 2,750 tonnes of ammonium nitrate stored in Beirut’s port posed a security risk and could destroy the capital if it exploded, according to documents seen by Reuters and senior security sources.

Just over two weeks later, the industrial chemicals exploded in a massive blast that obliterated most of the port, killed at least 163 people, injured 6,000 more and destroyed some 6,000 buildings, according to municipal authorities.

A report by the General Directorate of State Security about events leading up to the explosion included a reference to a private letter sent to President Michel Aoun and Prime Minister Hassan Diab on 20 July.

While the content of the letter was not in the report seen by Reuters, a senior security official said it summed up the findings of a judicial investigation launched in January which concluded the chemicals needed to be secured immediately.

The state security report, which confirmed the correspondence to the president and the prime minister, has not previously been reported.

“There was a danger that this material, if stolen, could be used in a terrorist attack,” the official told Reuters.

“At the end of the investigation, Prosecutor General Ghassan Oweidat prepared a final report which was sent to the authorities,” he said, referring to the letter sent to the prime minister and president by the General Directorate of State Security, which oversees port security.

“I warned them that this could destroy Beirut if it exploded,” said the official, who was involved in writing the letter and declined to be named. 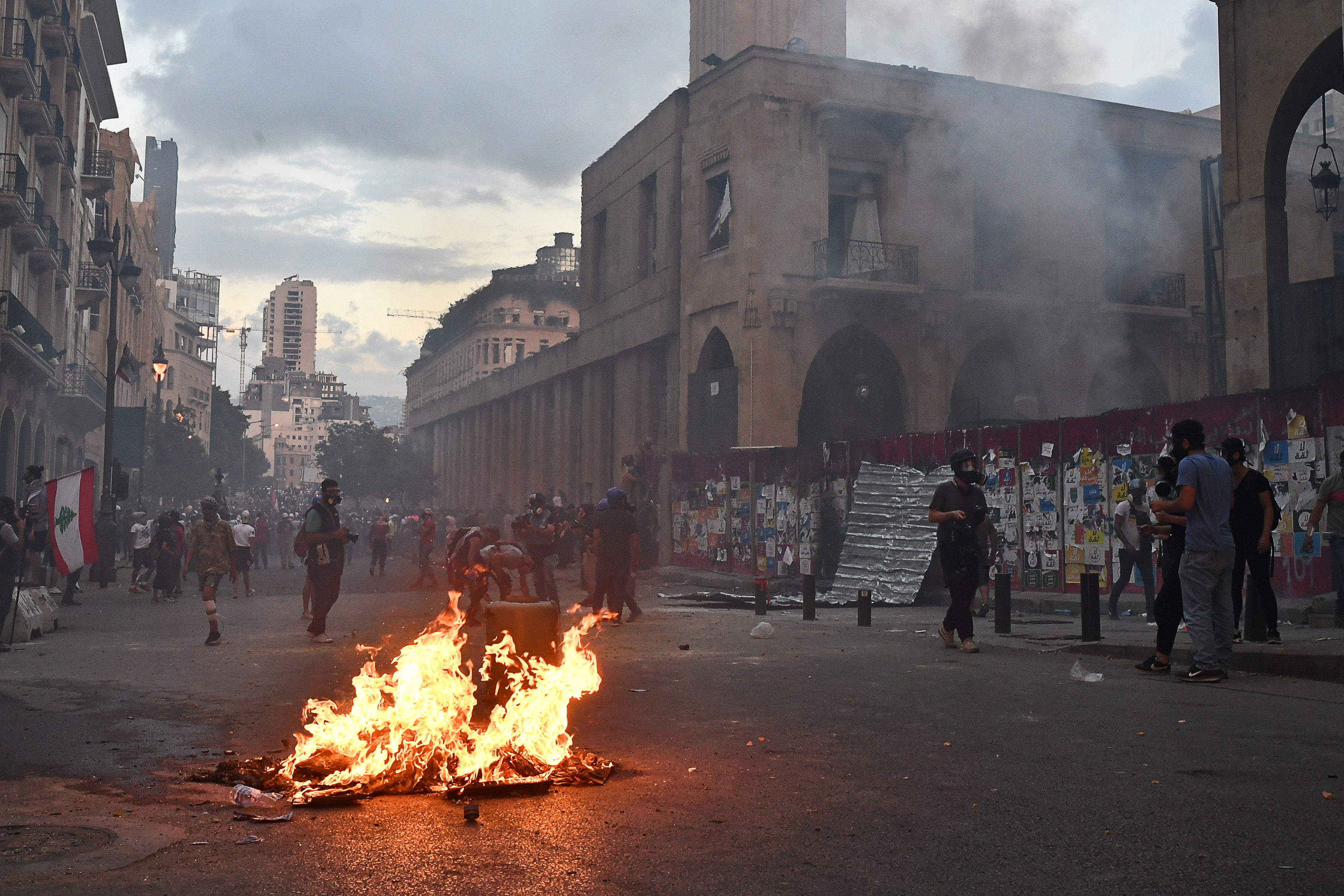 Outside the offices of Lebanon's Parliament, protesters demand the resignation of Lebanon's prime minister and his cabinet.
AAP

Reuters could not independently confirm his description of the letter.

The prime minister’s office and the presidency did not respond to requests for comment about the 20 July letter.

The prosecutor general did not respond to requests for comment.

'Do what is necessary'

The correspondence could fuel further criticism and public fury that the blast is just the latest, if not most dramatic, example of government negligence and corruption that has already pushed Lebanon to economic collapse.

As protests over the blast raged in Lebanon on Monday, Mr Diab’s government resigned, though it will remain as a caretaker administration until a new cabinet is formed.

The rebuilding of Beirut alone is expected to cost billions of dollars in a country already effectively bankrupt. Mr Aoun confirmed last week that he had been informed about the material. He told reporters he had directed the secretary general of the Supreme Defence Council, an umbrella group of Lebanon’s security and military agencies chaired by the president, to “do what is necessary”.

“(The state security service) said it is dangerous. I am not responsible! I don’t know where it was put and I didn’t know how dangerous it was. I have no authority to deal with the port directly. There is a hierarchy and all those who knew should have known their duties to do the necessary,” Mr Aoun said.

Many questions remain over why the shipment of ammonium nitrate docked in Beirut in late 2013. Even more baffling is why such a huge stash of dangerous material, used in bombs and fertilisers, was allowed to remain there for so long.

The letter sent to Lebanon’s president and prime minister followed a string of memos and letters sent to the country’s courts over the previous six years by port, customs and security officials, repeatedly urging judges to order the removal of the ammonium nitrate from its position so close to the city centre. The General Directorate of State Security’s report seen by Reuters said many requests had been submitted, without giving an exact number. It said the port’s manifest department sent several written requests to the customs directorate up until 2016 asking them to call on a judge to order the material be re-exported immediately.

“But until now, no decision has been issued over this matter. After consulting one of our chemical specialists, the expert confirmed that this material is dangerous and is used to produce explosives,” the General Directorate of State Security report said.

The road to last week’s tragedy began seven years ago, when the Rhosus, a Russian-chartered, Moldovan-flagged vessel carrying ammonium nitrate from Georgia to Mozambique, docked in Beirut to try to take on extra cargo to raise the fees for passage through the Suez Canal, according to the ship’s captain.

Port authorities impounded the Rhosus on December 2013 by judicial order due to outstanding debts owed to two companies that filed claims in Beirut courts, the state security report showed.

In May 2014, the ship was deemed un-seaworthy and its cargo was unloaded in October 2014 and warehoused in what was known as Hangar 12.

Moldova lists the owner of the ship as Panama-based Briarwood Corp. Briarwood could not immediately be reached for comment.

In February 2015, Nadim Zwain, a judge from the Summary Affairs Court, which deals with urgent issues, appointed an expert to inspect the cargo, according to the security report.

The report said the expert concluded that the material was hazardous and, through the port authorities, requested it be transferred to the army. Reuters could not independently confirm the expert’s account.

Lebanese army command rejected the request and recommended the chemicals be transferred or sold to the privately-owned Lebanese Explosives Company, the state security report said.

The report did not say why the army had refused to accept the cargo. A security official told Reuters it was because they didn’t need it. The army declined to comment.

The explosive company’s management told Reuters it had not been interested in purchasing confiscated material and that the firm had its own suppliers and government import licences. 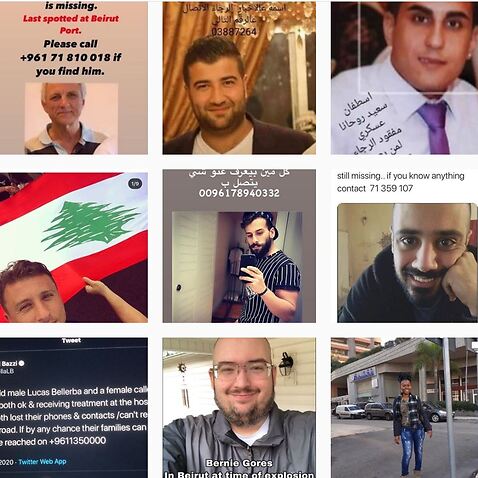 From then on, customs and security officials wrote to judges roughly every six months asking for the removal of the material, according to the requests seen by Reuters.

Judges and customs officials contacted by Reuters declined to comment.

A number of customs and port officials have since been detained as part of the investigation into the blast.

In January 2020, a judge launched an official investigation after it was discovered that Hangar 12 was unguarded, and had a hole in its southern wall and one of its doors dislodged, meaning the hazardous material was at risk of being stolen.

On 4 June, based on those orders, state security instructed port authorities to provide guards at Hangar 12, appoint a director for the warehouse and secure all the doors and repair the hole in the southern wall, according to the state security report and security officials.

The port authorities did not immediately respond to requests for comment. 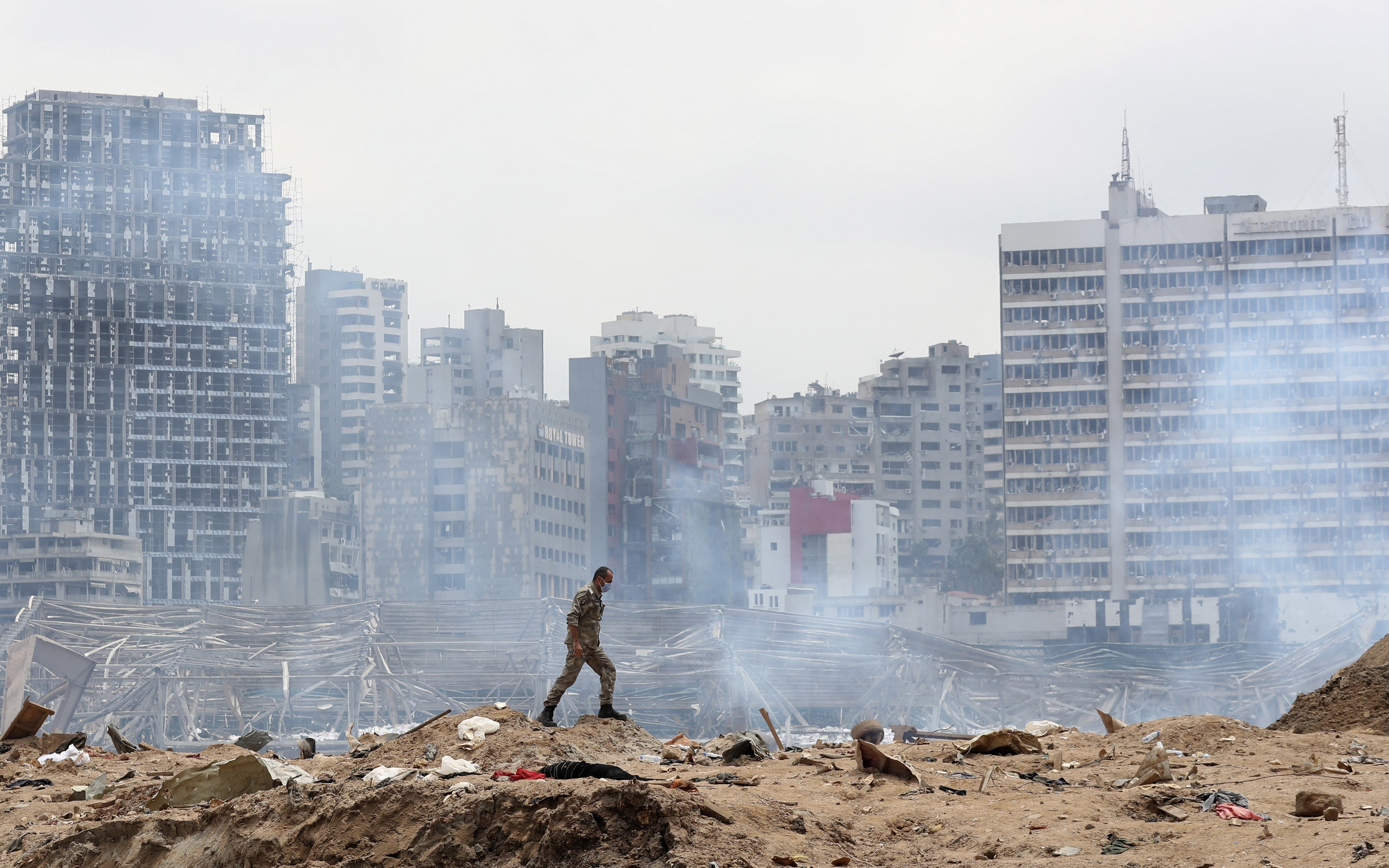 A soldier walks at the devastated site of the explosion in the port of Beirut.
AAP

“The maintenance started and (port authorities) sent a team of Syrian workers (but) there was no one supervising them when they entered to fix the holes,” the security official said.

During the work, sparks from the welding took hold and fire started to spread, the official said.

“Given that there were fireworks stored in the same hangar, after an hour a big fire was set off by the fireworks and that spread to the material that exploded when the temperature exceeded 210 degrees,” the high-ranking security official said.

The official blamed the port authorities for not supervising the repair crew and for storing fireworks alongside a vast deposit of high explosives.

Reuters could not determine what happened to the workers repairing the hangar.

“Only because the hangar faces the sea, the impact of the explosion was reduced. Otherwise, all of Beirut would have been destroyed,” he said.

“The issue is all about negligence, irresponsibility, bad storage and bad judgement.”