A federal member of the Queensland Liberal Nationals Party has distanced himself from a university group claiming to be affiliated with the party after they protested an LGBTIQ+ storytime event at a Brisbane library.

The federal government has distanced itself from a university Liberal Nationals club after it was filmed confronting two Brisbane drag queens during an inclusive library storytime event.

In a video posted to social media on Sunday, a group of protesters from the University of Queensland's (UQ) Liberal Nationals Club can be seen chanting "drag queens are not for kids" at the family event held at Brisbane Square Library.

"Today the UQLNC took a stand to defend LNP values against a corrosive gender ideology," the club wrote on Facebook following the event.

So the UQ Young Liberals decided to interrupt story time at a public library where a drag queen is reading to children only to be abused by homophobic slurs @LiberalAus. What are they doing to support the community? pic.twitter.com/dB7zXeVL7i

But late on Sunday night, the federal member for Brisbane Trevor Evans, a member of the Liberal National Party (LNP), called the protesters "ratbags" and said they were not members of the party "but they claimed to be".

"The ratbags who protested the event wouldn’t know liberal values if they fell over them."

The UQ branch is understood to have been disaffiliated by the LNP in December, the Brisbane Times reported.

In a statement on Sunday, President of the UQ Union Ethan Van Roo Douglas said he was "deeply disturbed" by reports of the protest.

"While the Union endorses freedom of expression and student activism, we strongly condemn the aggressive behaviour that intimidates and causes distress to children and their families," he said, naming a UQ Councillor as one of the people in the video.

"The event was a beautiful celebration of diverse families run by two Blue Card registered and fully trained drag queens," Rainbow Families Queensland said in a statement after the protest. 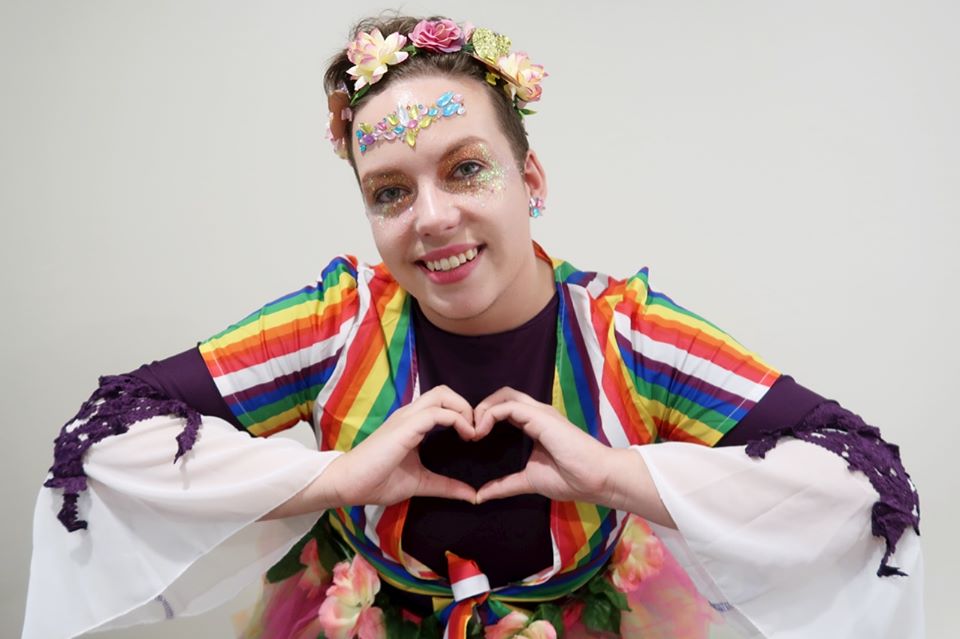 LBTIQ+ advocate Johnny Valkyrie was one of the hosts of the event.
Facebook

"Sadly a group of people disrupted the event towards the end, chanting homophobic chants and causing distress to the children and parents attending."

The organisation is urging anyone with footage of the incident or people willing to make a witness statement to come forward.

One of the drag queens behind the event, LGBTIQ+ advocate Johnny Valkyrie, took to Facebook following the incident to detail what happened.

"I have over five years experience in community engagement, youth work, mentorship, education, activism and creative industries," Mr Valkyrie, who goes by the drag name Queeny, wrote on Facebook.

He described distracting the children present at the event with crafts while his co-host, a drag queen called Diamond, "bravely" confronted the protesters.

"This was planned and targeted at me. It hurt and affected so many others," the post continued. "There were children crying, families distressed and of course, Diamond & I were victim to vilification, harassment and nuisance." 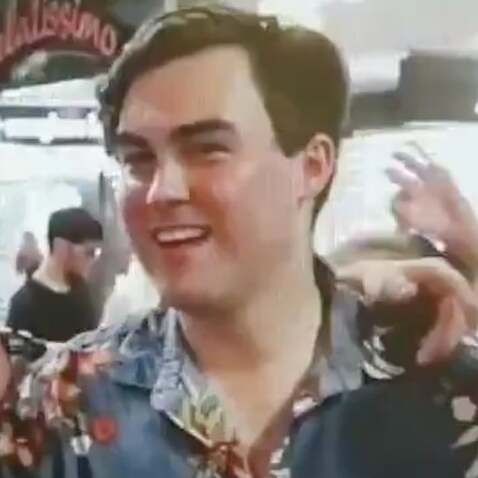 The UQ Liberal National Club defended their actions on Sunday, stating they waited until the reading was finished before entering the room and left when instructed by security.

A Queensland Police spokesperson said they were undertaking further enquiries into the incident.