A Liberal senator has likened an academic news and analysis website's decision to ban climate change deniers to some of history's most infamous tyrants.

Academic news and analysis website The Conversation has announced a zero-tolerance approach to climate change deniers and sceptics, vowing to remove comments and lock accounts. 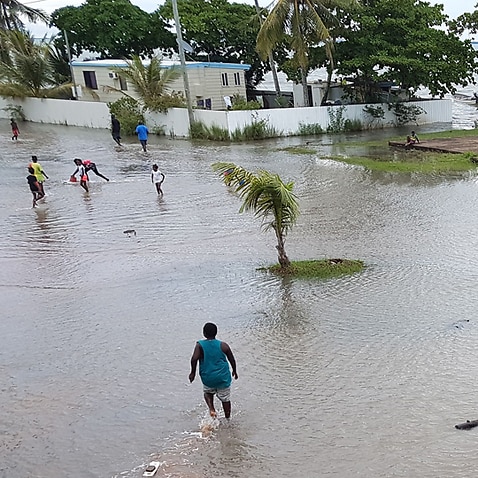 But the decision has outraged the conservative Tasmanian senator.

"Adolf Hitler, Joseph Stalin and Mao Zedong couldn't have put it better themselves. They'd be so proud," he told parliament. "To so superciliously and arrogantly deny a voice to an alternative point of view is reminiscent of totalitarian regimes."

In a blog post, The Conversation's editor Misha Ketchell said people peddling pseudoscience were perpetuating ideas that would ultimately destroy the planet.

Once upon a time, we viewed #ClimateChange sceptics as merely frustrating. Not anymore.

As a publisher, we won't perpetuate ideas that will destroy the planet.@mishaketch explains @ConversationEDU's zero-tolerance for climate deniers: https://t.co/VbRmFWWycC

"Once upon a time, we might have viewed climate sceptics as merely frustrating. We relied on other commenters and authors to rebut sceptics and deniers, which often lead to endless back and forth," the post reads.

"But it's 2019, and now we know better. Climate change deniers and those shamelessly peddling pseudoscience and misinformation are perpetuating ideas that will ultimately destroy the planet."

"As a publisher, giving them a voice on our site contributes to a stalled public discourse."

But Senator Abetz, who describes himself as a "climate change agnostic", said environmental prophets of doom had been getting it wrong for half a century.

"This ugly, unscientific, totalitarian, arrogant approach taken by The Conversation is the exact opposite to the principles of scientific endeavour," he said. He said the lesson of history was truth would ultimately prevail.

"The Conversation can stop the conversation, but it cannot stop the march of inquiring minds that will ultimately determine this issue," Senator Abetz said.