The South Australian senator, who joined the Liberal party earlier this year, is under increasing pressure to explain her use of taxpayer-funded expenses.

Senator Gichuhi is under increasing pressure to explain her use of taxpayer-funded expenses, as she told a Kenyan TV program her $200,000 salary was “not a lot of money”. She reportedly also spent more than $4,400 for a five-night stay in Sydney (which included flights for a family member), $2,000 for one night in Sydney to speak at the African Professionals in Australia Gala Dinner in November, and up to $4,000 for two one-night trips to Sydney.

Politicians are allowed generous travel entitlements and they are allowed to claim some family travel too, up to three return fares each year.

But the travel must only be claimed for family members if the politician is travelling for “parliamentary business”. 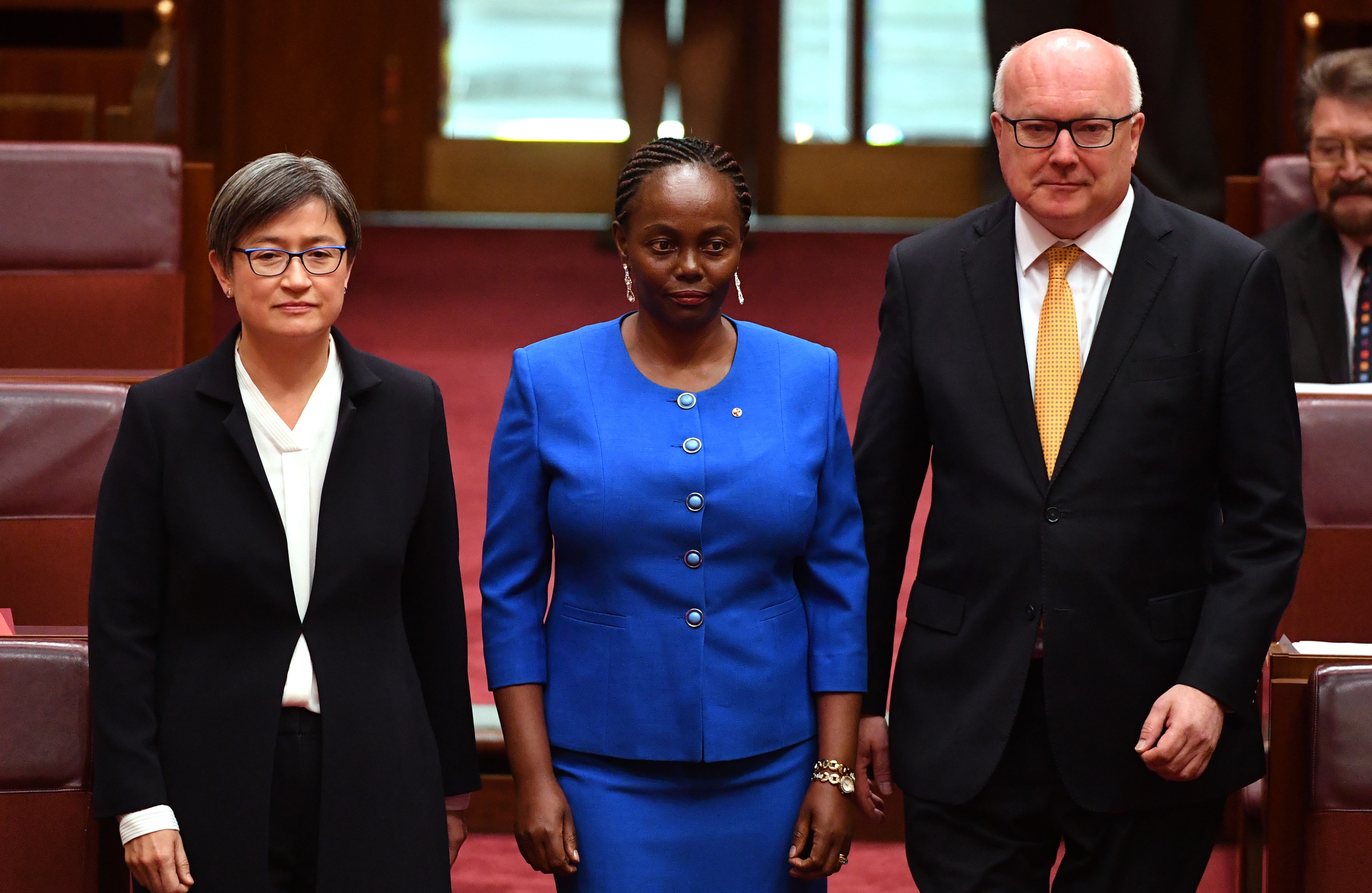 Gichuhi, centre, arrives for her swearing in ceremony at Parliament House in Canberra on 9 May 2017.
AAP

Over the weekend, Senator Gichuhi agreed to pay back $2,139 she claimed in taxpayer-funded travel for two relatives attending her birthday party in Adelaide last year.

The senator told her Twitter followers she had made an “administrative error involving misunderstanding of travel rules”.

The flights were disclosed on her parliamentary interests register in four payments – two charges worth around $800 on October 26 and two more valued at $300 on October 31.

Regarding the media reports about my travel expenses, this was an administrative error involving misunderstanding of travel rules.

I’ve raised an invoice from the department to pay the costs of $2139 in full.

Senator Gichuhi joined the Liberal party in February, improving the Coalition’s numbers in the Senate.

She was originally a recount as a Family First senator when the party’s former leader Bob Day was ejected by the High Court.

Asked about the Adelaide flights on Tasmanian local radio, treasurer Scott Morrison said his colleague had been "upfront" about her mistake.

"I obviously don’t share Lucy’s view that that is not a large amount of money," Mr Morrison said.

"If someone gets something wrong they should fix it and they should front up about it, which is what Lucy did and I think that is the best way to deal with it."

"I think she has been pretty honest about it."

A video clip of Senator Gichuhi's appearance on Jeff Koinange Live, a Kenyan TV program, in January has gone viral.

When asked by the host how much she was paid, the senator replied: "$200,000 Australian dollars … in a whole year that’s not a lot of money."

She also said her salary was on the public record.

"Yes, my salary it is somewhere on the website, I don't look at it because it comes into the bank, but it's not a lot of money by the way," she said.