Buildings at two of Melbourne's biggest universities are being renamed due to their historical connection to the controversial scientific movement of eugenics.

For decades, students from Monash University have happily walked past the John Medley Library.

But what they may not have known was the man the building was named after was once part of Victoria's eugenics movement.

John Medley was Vice-Chancellor of the University of Melbourne in the mid-1900s and was a member of the prominent Eugenics Society of Victoria.

The society advocated for sterilising and segregating those people classified as ‘mental defectives’, which included Aboriginal people, homosexuals, prostitutes, the mentally disabled, and the poor.

Historian Ross Jones, who studies the history of eugenics in Australia, said the theory was once widely accepted in Australian society.

"The eugenics movement was widely accepted among all the middle class, there were very few people who said anything against it,” Dr Jones said.

THE FEED: Are universities doing enough to prevent and handle sexual harassment on campus?

The eugenics theory contributed to many events in Australia's and the world's history now considered shameful such as the White Australia Policy, the Stolen Generation and ethnic cleansing during WWII.

A group of Monash students decided something needed to be done about the John Medley Library, which is run by university's student union.

Now, the proposal must be approved by the university’s council before anything further can happen.

Jayden Crozier, a student and Indigenous representative on the student union, said the renaming would be a win for all Indigenous students.

"Once we did highlight the fact that he [John Medley] was involved in eugenics and whatnot, it did make people feel a bit disenfranchised by the whole situation,” Mr Crozier said.

“It just felt like this was the one area there was a black spot on Monash's history.

“So, it's good to have it changed and it's a great success for Indigenous students on campus." 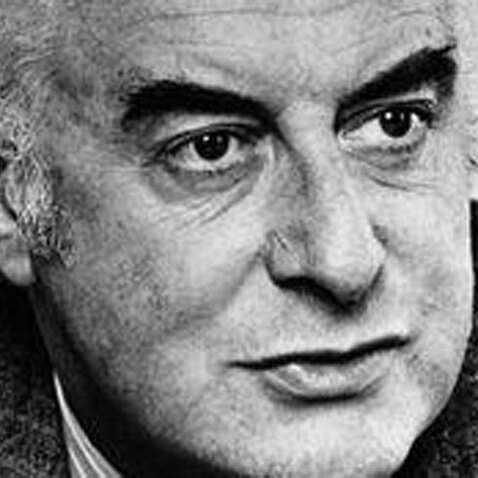 Students at Monash got the idea to change the name after the University of Melbourne renamed their Richard Berry Building for the same reason.

Professor Berry was chairman of the anatomy department at that university in the early 1900s and was also a major player in the eugenics movement.

For decades, students and academics have campaigned to change the name of the building, and in December 2016 the University of Melbourne agreed.

Dr Stephen Hagan is an Indigenous rights activist who was involved in a similar campaign in Toowoomba and said renaming sites is a sign of Australia advancing.

"It's a reflection of us growing up and maturing as a nation that we take advice from people who take great offence at the offensiveness of signs and if people change it, well, I think that's a wonderful thing."

However others argue there is a risk of sweeping uncomfortable, but important, parts of Australian history under the carpet by renaming historical buildings.

Dr Jones says he sees that risk with the Richard Berry Building.

“In 50 years, people – apart from a few historians – people won't remember that that building, the Berry Building, was named after someone who was an important university figure who was also an important eugenicist.

The university has not put up a plaque yet but says Richard Berry is remembered by a portrait that hangs in the building.

A number of other buildings at the University of Melbourne carry the names of people involved in the eugenics movement, but the university says there are no plans to rename any other buildings.

A university spokesman has acknowledged in a statement the need to review the names of buildings on the campus.

"The university's Reconciliation Action Plan has clearly defined targets for recognising the value and contribution of Indigenous culture across the lifetime of the institution,” the spokesman said.

“One of these targets includes a revision of the university policy for the naming of buildings and rooms to ensure this contribution is appropriately recognised. There are no other buildings currently being considered for renaming.

“However, the university acknowledges there is a need for a broader review of building and place names across our campuses."

Dr Hagan said resistance to changing racist location names is a trend across Australia and he thinks the nation still has a long way to go.

“I mean every monument in every city there's some old general or someone who's riding a big horse, and how many blackfellas do you think they shot to have those badges on their uniforms on those old statues?

“Australia loves celebrating its racist past."

WATCH: Why are people racist?