Mycoplasma Genitalium is a little-known sexually transmitted infection affecting up to two per cent of the population. A new test is helping health experts to diagnose it.

The Royal Women's Hospital Centre for Infectious Diseases in Melbourne warns about 400,000 Australians are likely to have Mycoplasma Genitalium, otherwise known as MG or MGen.

The bacterium can cause painful urination, itching and bleeding in the rectum, and in women has been linked to pelvic inflammatory disease, miscarriage and infertility.

MG was discovered in 1980 but proved difficult to study, limiting commercial diagnostic testing.

Catriona Bardshaw from the Melbourne Sexual Health Centre said about 60 per cent of cases have shown resistance to first-line treatments.

"Mycoplasma Genitalium is extraordinary in its propensity to develop resistance," she said.

"It's a problematic organism because it's naturally resistant to commonly used antibiotics like penicillin."

Until recently only a small number of GPs have been able to access proper testing for the STI, but now a new Australian-made test is set to be adopted across the country, as well as Britain and the United States.

Professor Suzanna Garland from the Royal Women's Hospital said the test is covered by Medicare, and will be available in clinics and surgeries Australia wide.

"It makes the doctor's life and the patient's life a whole lot easier," she said.

"It detects the organism and gives you the susceptibility pattern to first-line drugs all in one test, which takes about four hours. It used to take days."

Colin Denver from SpeeDx, which developed the test, said testing facilities were already in place in Victoria, New South Wales and Queensland, with other states to follow later this year.

"There was a distinct problem in patients infected with MG," he said. 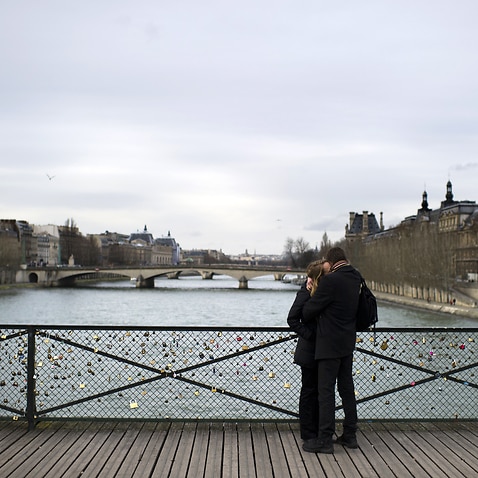 Could kissing be driving gonorrhoea rates?

"We were able to work with them closely and develop a test that simplified the workflow and provided the results clinicians were really looking for."

"It was somewhat daunting," he said. "There didn't seem to be a lot of information anywhere that I found online to say what MG was and what I should go and do about it, and through my social peers we'd never heard of it either."

Although Mr Williams took regular tests for other sexually transmitted infections, he had to request a specific one that showed he had a form of MG resistant to antibiotics.

He was later cured after being informed of the best course of treatment.

Experts believe the infection rates for MG are similar to chlamydia, which is between one and two per cent of the population.

It's hoped that MG tests will become part of routine screening for sexually active people for conditions like chlamydia, gonorrhoea, syphilis and HIV.

But like with other STIs, medical groups are pushing for a national surveillance lab to keep monitoring this elusive organism.

MORE INFO: How to avoid awkwardness at your next sexual health check