A man who beat six penguins to death on a Tasmanian beach has been given 49 hours community service.

A man who bludgeoned six little penguins to death was sentenced to just 49 hours community service on Monday, sparking outrage from conservationists.

Joshua Jeffrey was convicted of aggravated cruelty to animals after he battered the birds with a stick while drunk on a beach with two others at Sulphur Creek in Tasmania in 2016.

Magistrate Tamara Jago called it a "callous act" against "vulnerable penguins" and said Jeffery, 20, had shown no remorse, the Hobart Mercury reported from the Burnie Magistrates Court.

The newspaper reported that Jago took Jeffrey's "intellectual limitation into account" when she sentenced him to community service and ordered him to pay costs of Aus$82.15 (US$61) in a ruling Birdlife Tasmania slammed as "no deterrent whatsoever".

Jeffrey's lawyer had earlier told the court that his client had suffered from ongoing mental health issues since childhood, ABC News reports. 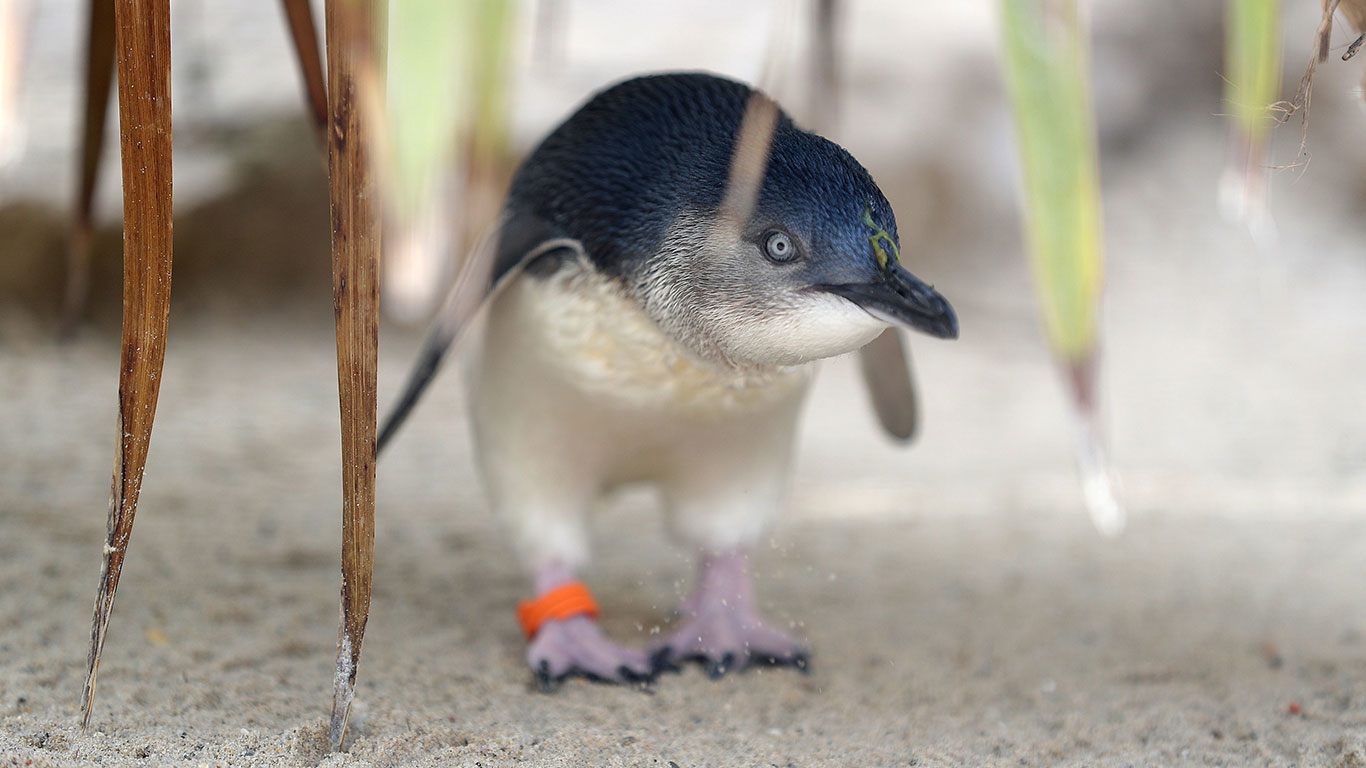 Little penguins are the smallest species of penguin.
AAP

"This will not stop the next person going out and doing exactly the same thing at some time in the future," said Birdlife Tasmania chief Eric Woehler, an internationally-acclaimed seabirds expert.

"The sentence places minimal value on Tasmania's precious wildlife. This sets an unwelcome precedent for future attacks on our wildlife."

Little penguins - the smallest species of penguin which can live to 24 years - are only found in southern Australia and New Zealand, with Tasmania supporting around half of the global population.

The six died of head fractures, and the court was told that the colony at Sulphur Creek, which supports an estimated 267 pairs, would take years to recover.

"With so many other threats, such as gillnets and dog attacks, the last thing any penguin colony needs is a senseless and cruel attack such as this one was," added Woehler.