Concerns have been raised over the government's decision to keep schools across the country open despite banning gatherings of more than 500 people.

Parents, students and teachers are calling for a complete lockdown of schools and universities, which are exempt from the government’s ban on gatherings of more than 500 people.

The government continues to insist it is not necessary to close schools to halt the spread of the coronavirus, but many parents have decided to keep their children home.

Schools are also implementing "social-distancing" measures such as cancelling assemblies to limit interaction.

On Twitter, the hashtag #LockdownAustralia was trending on Monday morning as people called for drastic action after close to 300 people tested positive for COVID-19 in Australia.

Getting ready to go to work as a teacher where I am going to be in contact with over 1000 people today. The government is currently putting mine and every other student and teachers lives at risk. As well as our families. #closetheschoolsnow #Lockdownaustralia

Twitter users questioned the safety of attending school as the response to the pandemic ramps up, pointing to the fact many have significantly more than 500 pupils.

“Getting ready to go to work as a teacher where I am going to be in contact with over 1,000 people today,” one teacher wrote on Monday morning. “The government is currently putting mine and every other student and teachers lives at risk. As well as our families.”

i seriously have to go to university at a time like this where everyone fears the unknown. there is no reason not to switch to online classes. the number of cases are only increasing & students are at risk. what the hell are you waiting for? #LockDownAustralia #CloseSchoolsNow

"In the early days, some schools on the south side of Brisbane had 500 to 600 students staying home per day. That's a matter for parents to decide," Mr Bates told ABC radio on Monday.

"When you take children out of schools and put them back in the broader community, the ability for them to potentially engage with others increases the risk," he said on Sunday. Federal Education Minister Dan Tehan echoed Mr Morrison’s position earlier on Monday, adding that keeping children home would hinder the ability for their guardians to go to work and “provide the services we need at this time”.

As Victorian Premier Daniel Andrews announced a state of emergency for four weeks, the state’s chief medical officer Brett Sutton said on Monday morning that they were discussing the evidence for and against school closures.

“There is nothing magic about 500 people,” he said.

“For settings that have fewer than 500 people, no, there are no cancellations that are imposed … But people should do the right thing and try to make a greater space between them and exclude themselves if they are unwell.” Pupils will also stay at home next week in Belgium, Croatia, France, Portugal, Spain and Switzerland, and in most German regions.

"I regret to announce that as of tomorrow our public schools will be closed," de Blasio told a news conference, saying they would stay shuttered until April 20, and potentially for the remainder of the school year. In Australia’s hardest-hit state, New South Wales, where four of Australia’s five coronavirus deaths have been located and at least 134 people have tested positive for COVID-19, the Department of Education announced on Sunday that schools would be introducing social distancing measures.

These include cancelling school assemblies, large gatherings and events, NSW Department of Education Secretary Mark Scott said in a statement. 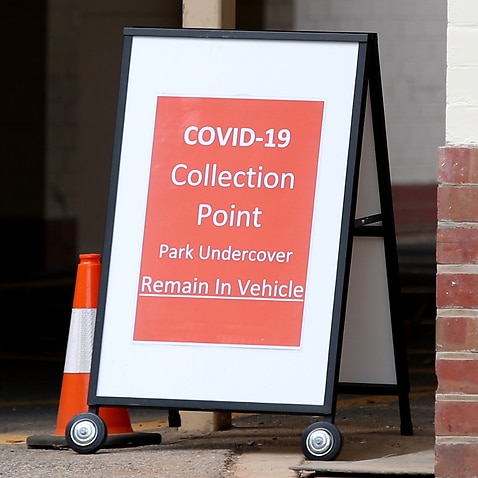 “From Monday onwards, I expect school assemblies and substantial gatherings to be cancelled, along with all excursions,” he said.

“The community expects schools to be as safe as possible. We are implementing these measures to provide peace of mind for students, parents and staff.”

Anaesthetist parent in front of our school wears a sign urging us to keep children at home if possible. “Lives depend on it. Governments too slow to act” #COVIDー19 #lockusdown pic.twitter.com/3XuiG4dzrg

A number of universities have also moved to shut down or enact restriction measures after a number of students tested positive for the virus.

The University of Queensland announced on Sunday evening that it would be pausing all teaching, including lectures and tutorials, for one week after a fourth student contracted the virus. 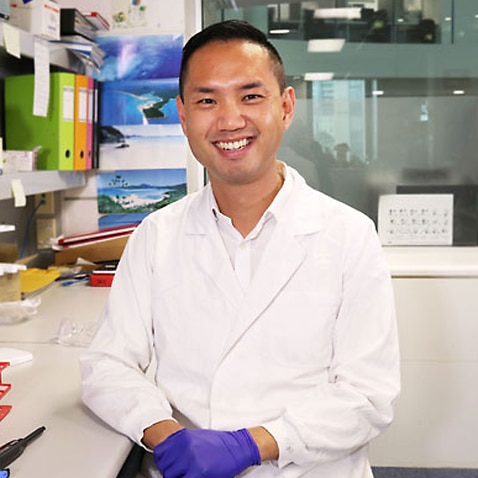 Vice-Chancellor Professor Peter Høj AC described the decision as a “big call” but said the university was working to ensure most coursework would be available online by 23 March.

Addressing the media early on Monday morning, NSW Premier Gladys Berejiklian said it was time to prepare for the “next phase” of the pandemic and brace for what is coming. Australians are taking precautions such as wearing masks and tapping elbows instead of shaking hands.
AAP

She also urged people who have been sick or have recently travelled overseas to the directive to self-isolate seriously, describing the situation as “life and death”.

“Every family is going to be affected in one way or another, and this is about saving lives.”