Donald Trump called it the "worst deal ever," but what has become of the refugees moved from Manus Island to the US? SBS News meets one of them.

Phoenix, Arizona, is one of the sunniest places in the world. The flat desert city - three-and-a-half hours south of the Grand Canyon - houses just over 4.5 million residents, comparable to Melbourne.

It is also home to Reza Mohammad Nezhad, an Iranian refugee who in 2013 fled his homeland amid fears of persecution, and would eventually try to reach Australia. The 43-year-old left behind his wife and young child, hoping one day they could join him. He travelled to Malaysia, then Christmas Island, but he was detained in Australia's Manus Island holding facilities in Papua New Guinea, where he would spend almost four-and-a-half years.

SBS Persian: Listen to this story in Persian

In September, under a deal between Australia and the Obama administration - derided by US President Donald Trump as the “worst deal ever” - Reza moved again.

“I was chosen to be resettled in Arizona,” he told SBS News through a translator. “I don’t know their reasoning, but they chose Arizona for me.”

Reza was among the first to be interviewed, vetted and selected for the programme to resettle up to 1,250 refugees from Manus Island and Nauru, announced by Prime Minister Malcolm Turnbull in November 2016. He is one of 169 people to be transferred so far. 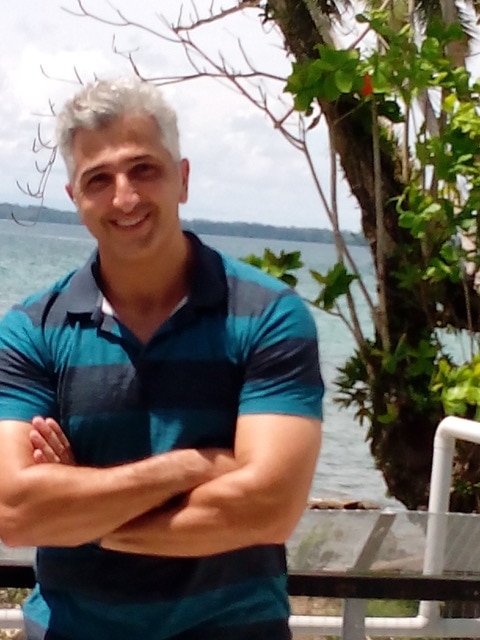 Reza was one of the first refugees to be resettled under the US-Australia deal.
Supplied

For Reza, it has been life-changing. For most of his time on Manus Island, he was imprisoned within the holding centre, with no idea when he would be released or where he would be sent.

“Even when they transferred us to [PNG capital] Post Moresby to get prepared for our next trip to United States, I could not believe it,” he said.

When I got the tickets ... I was elated

“When I got the tickets I started to think that 'this is happening'. I was elated,” he said. “It was an amazing feeling for everyone because we were thinking that our terrible time in Manus is finally going to be over.”

As with all new refugee arrivals in the US, Reza was given temporary housing and three months of basic support to help with finding entry-level employment and social integration. He worked as a machinist and a part-time sports trainer in Iran, but in Phoenix, has started work as a welder. He has also got involved with the Iranian American Society of Arizona, which holds several cultural events in the city each week.

“There are many Iranians living here,” he said. “It’s a good city. I’m happy here.”

It’s warm too, which he likes, and he doesn’t feel out of place in a city packed with minority groups. More than 40 per cent of people in Phoenix are Hispanic; Mexico is just 200km to the city’s south. Notes from a job readiness class for refugees in Tucson, Arizona, in 2013.
Getty Images North America

Despite Arizona's conservative politics (the state voted for Trump in 2016 and its governor Doug Ducey has advocated for a refugee ban) it has resettled thousands of refugees, with one of the highest per-capita intakes in the country.

Refugee caseworkers cite the low cost of living, midsize communities and a plentiful supply of entry-level jobs as major pull-factors. Among the state’s store clerks, abattoir workers and house cleaners are hundreds of people from Iraq, Somalia, Syria, Cuba, Bosnia and Myanmar.

“People are busy here. They work. They are hopeful for the future,” Reza said. “This is very important and I love it. I will try hard for a better life.”

Iranians make up the majority of detainees on Manus Island, but several have received notice that their transfers to the US have been delayed due to Mr Trump’s bans and ‘extreme vetting’ process for certain nationalities.

Reza intended to settle in Malaysia after he fled Iran, but changed his mind after a friend there recommended Australia. People in Australia did not harass refugees, his friend said; they had freedom and a strong democracy. It would be a journey he would soon regret.

“It wasn’t a boat. It was a piece of wood,” he said. “At any moment, you were expecting the boat to be capsized and sink and to lose your life.”

More than 200 asylum seekers had died that year making the same journey, and it was only July. “Anyone who has done this journey would never suggest that others use boats to migrate. It is terrible and dangerous.”

The same month he arrived at Christmas Island the then-Labor government implemented a policy designed to stop smuggling boats from Indonesia, instead sending all arrivals to detention centres on Manus Island and Nauru.

There were 66 people on Reza’s boat – he knows because he was the last one to be given a detainee identifier. “My name on Manus became ‘WAV66’” he said.

“We were shocked when we arrived in Manus,” Reza said. “We couldn’t believe it. It was a totally undeveloped, primitive environment.”

The United Nations and international human rights groups have repeatedly condemned conditions on the island and it was closed in October following a ruling that indefinite detention violated the PNG constitution.

In November, police were filmed threatening refugees with metal poles as they forcibly moved them to new facilities. Many had resisted the move, fearing they would be exposed to violence from locals.

“They think this is some way they can pressure the Australian Government to let them come to Australia,” Mr Turnbull said at the time, calling for the men to leave peacefully. “We will not be pressured.” A protest against the Australian government's treatment of refugees on Manus Island in Melbourne in November.
AAP

About 1,500 refugees remain in immigration limbo on both Manus Island and Nauru.

Despite his fresh start in Arizona, Reza hasn’t been able to put his years of detention behind him. He says his friends on Manus Island continue to struggle with the living conditions and uncertainty and he is worried that other Iranian men there will be caught up in Mr Trump’s travel ban.

“I am really optimistic about future,” he says. “Considering the hardships and difficulties that I have overcome, I believe this is like a re-birth.”

Swapped: From Manus Island to Missouri - Dateline meets the refugees swapped in Australia’s “rotten” deal with the US (20 February, 9.30pm on SBS). See the full story here.