Tim Costello says the low rate of Newstart creates a sense of hopelessness.

Speaking on ABC's Q&A program, the Reverend Costello said forcing people to live on $40 a day created a sense of hopelessness.

"The fundamental question all humans ask is 'Do I matter?'," he said.

"Hopelessness comes when you think you don't count and I think people on Newstart, being condemned to live below the poverty line, know they're expendable, they're dispensable, that they don't matter.

Would raising Newstart and reducing punitive social security obligations be the fastest way to make a dent in Australia's rate of suicide and domestic violence? #QandA pic.twitter.com/UFZ7D8mWXe

"There's no doubt in my mind in a society that measures your worth, to be poor actually says you don't matter."

Tasmanian Liberal Senator Eric Abetz did not accept there was a link between suicide and the rate Newstart. 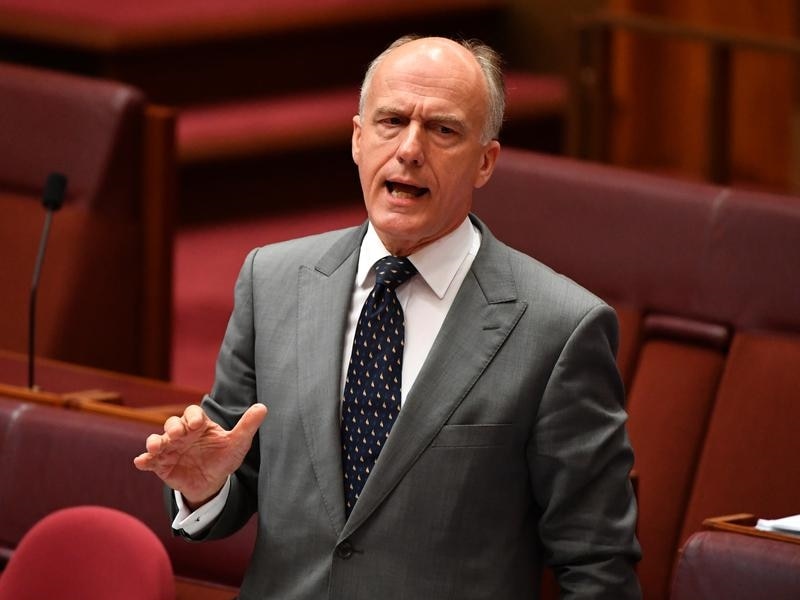 While Senator Abetz believed every politician would like to increase the rate, he said the country could not afford it after years of deficits.

“And if we didn’t have that burden of debt, didn’t have to pay that interest, chances are there would be money around to, in fact, provide an increase for Newstart,” he said.

The Q&A debate came as the government continues to resist pressure to lift the rate which has not been increased above inflation since 1994.

While rent, transport costs and power bills have gone up well above inflation in that period, the payment has risen about $2 every six months.

Prime Minister Scott Morrison dodged a question on Monday about whether he could live on the "modest" unemployment support payment, saying his focus was getting people back into the workforce.

Mr Morrison described Labor's policy to raise the rate by an unspecified amount as "unfunded empathy".

Welfare groups are calling for an immediate $75 a week boost for 700,000 people on Newstart which has been estimated to cost the budget about $3 billion a year.