Macedonian lawmakers have approved plans to hold a referendum on a proposed name change, potentially solving a longstanding dispute with Greece.

Macedonia's parliament has set September 30 as the date for a referendum on changing the country's name to the Republic of North Macedonia, a high-stakes vote aimed at resolving a long-running row with Greece and clearing the path to join NATO and the EU.

Skopje and Athens signed a landmark agreement in June to rename the former Yugoslav republic in an effort to break a stalemate that has poisoned their relations since 1991 and hobbled Macedonia's integration with the West.

Greece has objected to its neighbour being called Macedonia because it has a northern province of the same name, accusing Skopje of territorial ambitions and appropriating its cultural heritage. 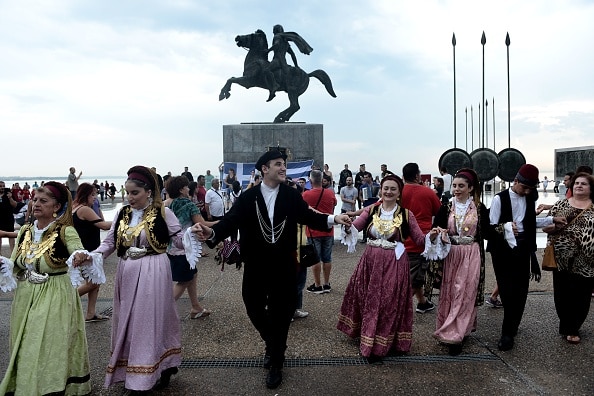 Macedonians wearing traditional costumes dance as they protest against the name deal between Greece and Macedonia.
AFP

While more than 120 countries, including the US and Russia, have recognised the name the "Republic of Macedonia," Athens has voiced its protest by blocking the country from joining NATO or starting EU accession talks.

The referendum question approved by 68 out of Macedonia's 120 lawmakers on Monday does not spell out the new name clearly.

But it closely links the vote to the government's ambitions of stronger ties with the West.

The nationalist opposition party, VMRO-DPMNE, which opposes the referendum, boycotted the parliamentary vote by leaving the room, signalling a rocky road ahead. 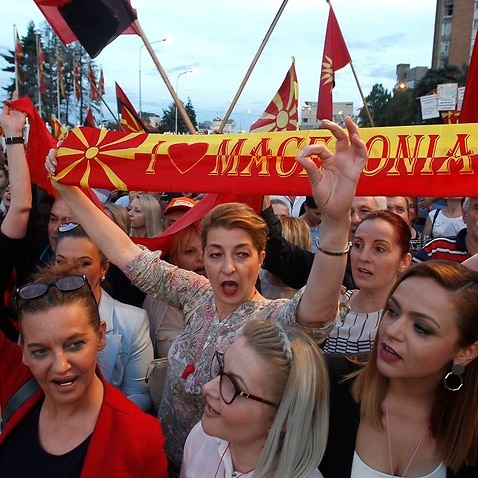 "The question is ambiguous and multifaceted, and above all manipulative," said Igor Janusev, a leading member of VMRO-DPMNE.

Vote will be 'consultative'

After the deal was struck between Greek and Macedonian leaders in June, NATO said Macedonia would be eligible to join the alliance if its new name is finalised.

The European Union, for its part, said that accession negotiations would not begin before June 2019.

But progress in resolving the dispute has been challenged by hardliners and large protests in both countries. 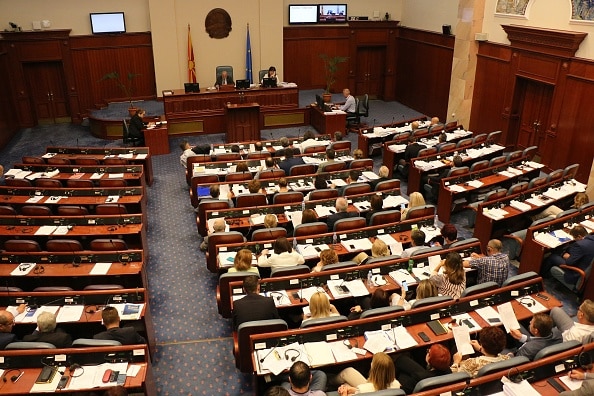 Macedonia will go to the polls to determine a new name, after its parliament pushed ahead with plans for a referendum.

Athens has also accused Russia -- who opposes Macedonia's efforts to join NATO -- of trying to sabotage the accord by encouraging demonstrations.

Opponents in Greece are upset that the deal recognises a Macedonian language and nationality.

In Macedonia, nationalists have branded the name-change as an assault on the country's identity. Macedonia's Prime Minister Zoran Zaev has said the referendum will only be "consultative" - meaning that parliament could still vote to change the country's name even if it does not get a majority approval by the public.

If Macedonia does go ahead with the name change and revises its constitution, Greece's parliament will then be called to ratify the accord.

After declaring independence from Yugoslavia in 1991, Macedonia was admitted to the United Nations in 1993 under the provisional name of the "Former Yugoslav Republic of Macedonia".