Investment firm Magellan, which was naming rights sponsor of Australian Test series, has terminated its three-year deal in reaction to the cheating scandal.

Cricket Australia's Test naming rights sponsor has torn up its deal as player sponsors also jump ship in the wake of the ball-tampering scandal.

Investment firm Magellan said the conspiracy in the South African Test series was "so inconsistent with our values", it had to end its three-year deal.

The deal with the ASX-listed financial services provider was only signed in August 2017.

Co-founder and chief executive Hamish Douglass says "a conspiracy by the leadership of the Australian men's Test cricket team ... [was] so inconsistent with our values that we are left with no option but to terminate our ongoing partnership".

"We were delighted with the recent Magellan Ashes Series sponsorship and it is with a heavy heart that we have to end our partnership in these circumstances," he said in a statement to the ASX on Thursday.

In addition, athletics company ASICS said it couldn't tolerate the decisions and actions of David Warner and Cameron Bancroft and terminated their personal sponsorships.

"The decisions and actions taken by David Warner and Cameron Bancroft are not something that ASICS tolerates and are contrary to the values the company stands for," the company said in a statement on Thursday. 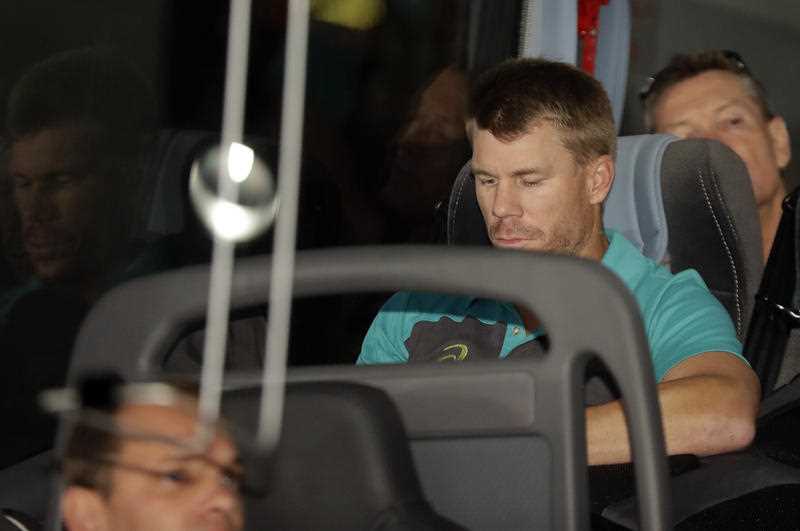 Australia's David Warner, is seated on the team bus after the arrival of the Australian team to OR Tambo International International airport in Johannesburg.
AAP