There is concern the NSW government's decision to drop the Safe Schools program will put vulnerable children at risk.

LGBT+ Australians have reacted with concern and condemnation over the NSW government’s decision to drop the Safe Schools program in public schools, ending support for a program designed to counter LGBT+ bullying.

Education Minister Rob Stokes said his department was working on a replacement plan to combat bullying more broadly, but many are worried that without explicit acknowledgment support for LGBT+ students will take a backward step.

Leanne Donnelly, mother of a 16-year-old transgender student at a Sydney public school, said she reacted to the announcement with disbelief.

“I could not believe that on Easter Sunday the government was announcing they would cease support for an [education] resource that is a proven success for both educators and LGBTIQ students,” she said.

The government of NSW is celebrating cutting a program called "Safe Schools" which was designed to protect queer youth. Happy Easter.

Mental Health organisation Beyond Blue says LGBT+ youth are at higher risk of depression, anxiety, and suicide than their heterosexual peers – a result of prejudice and discrimination.

The LGBT+ health alliance says LGBTI young people are up to five times more likely to attempt suicide. A 2014 study found that 16 per cent of LGBTI young Australians had attempted suicide.

“I just want my kid to be able to go to school without being bullied and given the same opportunities as all other kids,” Ms Donnelly said. Jasper, an 18-year-old fresh out of high school, told SBS he was bullied and physically assaulted because he was gay.

“I didn't feel safe so I skipped school often and avoided classes with bullies,” he said.

When he was roughly 14, he says bullies punched him in the face and stomach by the school gates while yelling homophobic slurs at him.

He says his school subsequently joined the Safe Schools program.

“Students should be able to express themselves in an open and safe environment, but with the Safe Schools program being gone now, I'm worried for my friends still in school,” he said.

“Good that NSW is scrapping so called Safe Schools,” he tweeted, “a social engineering programme dressed up as anti-bullying.”

Jasper says such claims are ridiculous.

“It wasn't anything like that. It was a program designed to make LGBTQI+ students feel safe and accepted in a social environment,” he said.

Ms Donnelly says critics of the program are completely misrepresenting the content of the course. She encourages people to read the course material themselves.

“The program speaks for itself as being a constructive well-presented resource for teachers,” she said.

“I just want my kid to grow up, get a job, get a partner – isn't that the normal hope parents have for kids?” she said.

“My kid, nor any trans kid, can fulfill this hope and dream of a standard life if their adult years are spent trying to repair a broken child inside them.”

The NSW Education Minister has indicated the decision to drop the program was made after the federal government confirmed it would not fund the program past mid-year, but it's not clear whether other states will drop the teaching resource as a result.

Last year the Victorian government promised to fill any federal funding shortfalls related to Safe Schools' use in the state. 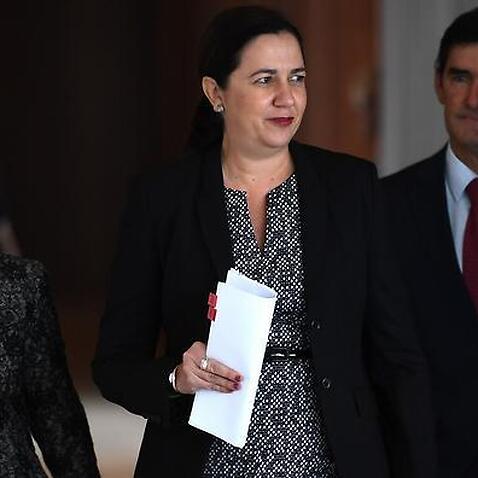