A new poll has revealed voter attitudes towards immigration.

A slight majority of voters believe immigration has made Australia a better place, an exclusive SBS-commissioned Essential Media poll revealed on Monday.

The poll found 51 per cent of respondents thought immigration was "generally positive" for the country, 35 per cent believed it was "generally negative" and 14 per cent were unsure. The top reason respondents gave for supporting immigration was "it creates economic growth".

While the top reason people gave for opposing immigration was "new immigrants often fail to assimilate with the rest of the population". Throughout the federal election campaign, the Coalition has conflated immigration numbers with congestion in Australia's urban cities like Sydney and Melbourne. But the poll suggested this is not gaining traction. Only 13 per cent of people said they opposed immigration due to overcrowding.

The poll was conducted online from 24 April to 29 April and is based on 1,010 respondents. With the justification of "congestion-busting", the government announced in March a reduction to the cap on permanent migration from 190,000 to 160,000.

And on Sunday, Mr Morrison also confirmed the Coalition would freeze Australia's annual refugee intake level to 18,750 for the next three years. 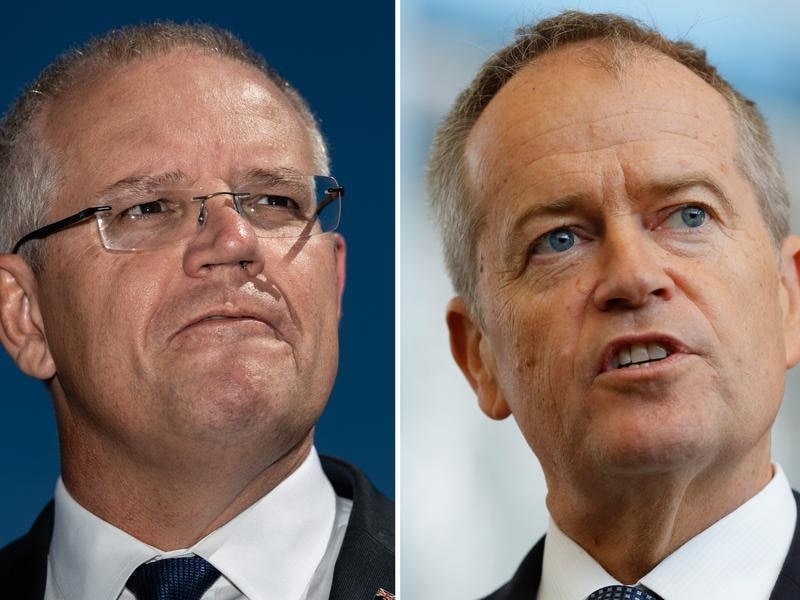 After Mr Morrison's refugee announcement, Federation of Ethnic Communities Councils of Australia (FECCA) chairperson Mary Patetsos urged "all sides of politics be respectful of multicultural communities during the campaign."

"We need to remember that refugees are not just a number, they are husbands and wives and children who have experienced severe trauma and are seeking to create a new, happy, safe life in Australia," she told SBS News. 51 per cent of respondents think immigration to Australia is "generally positive" for the country.
AAP

"Successive governments and the Australian people have for over half a century provided assistance and refuge for the world's most at-risk people. Our infrastructure challenges are not connected to this worthwhile and necessary humanitarian effort."

Do you think immigration to Australia is generally positive or generally negative for the country? Which of the following do you see as the most important benefit of immigration to Australia?

It creates economic growth: 43 per cent

It creates cultural diversity: 31 per cent

It helps to fill gaps in our workforce: 11 per cent

It helps to solve global problems: 9 per cent

It helps us plan for an ageing population: 5 per cent Which of the following do you see as the most important problem with immigration to Australia?

New immigrants often fail to assimilate with the rest of the population: 37 per cent

It makes it harder for ordinary Australians to find work: 22 per cent

It makes terrorist attacks in Australia more likely: 19 per cent

It makes our communities more crowded: 13 per cent

It makes our communities less safe: 8 per cent