The WHO says aggressive control efforts are needed to curb the rise in malaria cases.

The World Health Organisation on Monday said global efforts to fight malaria have hit a plateau as it reported there were more cases of the killer disease in 2017 than the previous year.

The latest WHO report showed that the number of malaria cases climbed to 219 million last year, two million higher than 2016, while international funding has declined. 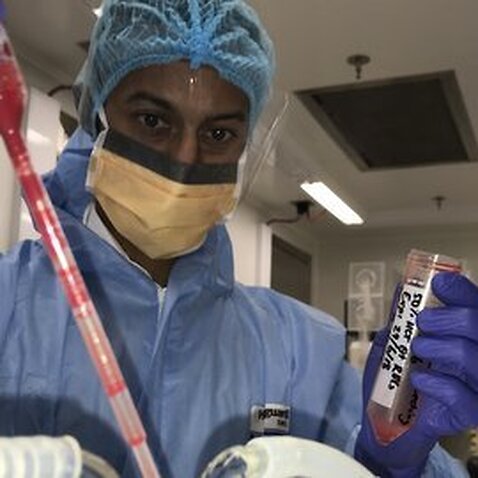 Human guinea pigs infected with malaria in the name of science

"The world faces a new reality," WHO director-general Tedros Adhanom Ghebreyesus, warned as the UN agency launched the new report.

"As progress stagnates, we are at risk of squandering years of toil, investment and success in reducing the number of people suffering from the disease," the WHO chief said.

Malaria, which is spread to people through the bites of infected female mosquitoes, occurs in 91 countries but about 90 percent of the cases and deaths are in sub-Saharan Africa.

The disease killed 435,000 people last year, the majority of them children under five in Africa. An Indonesian woman is treated for malaria at a village clinic in West Lombok.
Getty

Foreign funding to some of the most affected countries has declined, in certain instances by more than 20 percent for every individual at risk of contracting the disease.

"A considerable proportion of people at risk of infection are not being protected, including pregnant women and children in Africa," the WHO chief said.

Australia has been a big contributor in the efforts to eradicate the disease, with $220 million pledged over 2017-19 to The Global Fund, which works to eradicate AIDS, tuberculosis and malaria as epidemics.

Another constraint in fighting malaria has been mosquitoes building up resistance to some commonly used insecticides, according to the report.

WHO said it was embarking on new ways to scale up the battle against one of the world's deadliest diseases.

Mozambique is one of the target countries.

"Business as usual is no longer an option," said Admasu.

The Asia-Pacific region accounts for five per cent of the recorded cases in 2017, but its incidence rate has fallen from 17 per 1000 population at rish in 2010 to seven in 2017.

“It's really a shared challenge, and although we need Australia to maintain its support, we also need other big players in the region to come in and it's great to see that China is also stepping in to help achieve malaria elimination in the region”

There’s still great optimism that the Asia-Pacific region can be malaria-free.