Malaysia has backtracked on a pledge to ratify a UN convention against racial discrimination.

Malaysia has reversed a pledge to ratify a UN convention against racial discrimination, following a backlash from groups who fear it could dilute privileges for majority ethnic Malays.

Leaders of Islamist party PAS, former ruling party UMNO and conservative groups planned a rally next month against the convention, which they fear could strip away Malay privileges and threaten Islam's position as the official religion.

The government will not ratify the International Convention on the Elimination of All Forms of Racial Discrimination (ICERD), the office of Prime Minister Mahathir Mohamad said in a statement, without giving a reason for the decision. 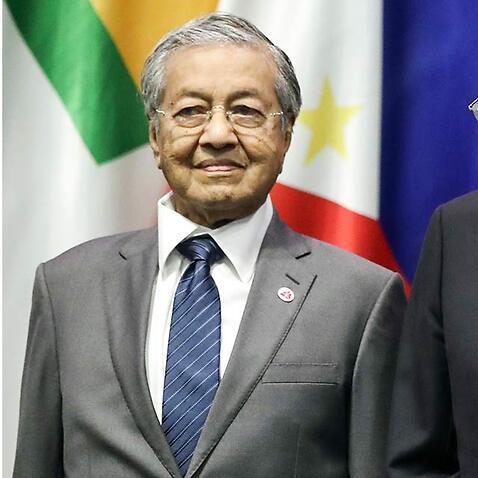 Mahathir's ruling coalition has struggled to woo ethnic Malays after its spectacular election win in May on the back of overwhelming support from minority ethnic Chinese and Indian voters.

"The government will continue to uphold the federal constitution, which enshrines the social contract agreed by representatives of all races," it said in the statement.

Malaysia's 'social contract' was a pact made by the leaders of its Malay and minority Chinese and Indian ethnic groups regarding their rights and privileges as citizens, prior to independence from colonial ruler Britain in 1957.

The country adopted an affirmative action policy that benefits the Malays, who form 60 per cent of a population of about 32 million, after deadly race riots in the late 1960s. Ethnic Chinese are estimated at 23 per cent and ethnic Indians comprise about 7 per cent, government data shows.

In September, Mahathir told the United Nations General Assembly Malaysia would ratify all the human rights conventions left for it to adopt, a total of six, including the racial discrimination measure.