Troyrone Zen Lee, a man born in pre-independence Papua New Guinea, has won a legal battle to have his Australian citizenship recognised.

A man born in pre-independence Papua New Guinea has won a "significant" legal case against the acting immigration minister with the Federal Court recognising his Australian citizenship.

Possibly thousands of PNG-Australians born before 1975 are caught up in a web of years of legislative changes that have seen the Australian government claim their passports and citizenship certificates were incorrectly issued for up to four decades, leaving some technically stateless.

Troyrone Zen Lee arrived in Australia in 1982 when he was seven-years-old after his Australian mother and father relocated from Papua New Guinea to Brisbane.

“I’m so relieved. It’s been such a long journey, I’m very happy," he told SBS News.

"I feel I’m not totally out of the woods yet, but I’m grateful it’s over for now.

“My mum cried, she felt like she had done something wrong all these years, like she at fault, which obviously she wasn’t.” 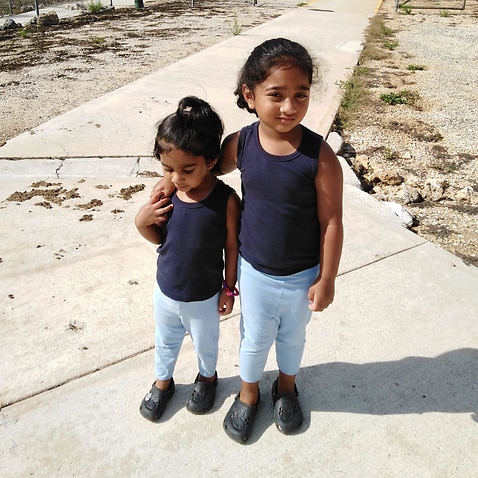 "It is a great result for Troy, who has been in a difficult position for some time," she told SBS News.

"The whole area is very difficult due to the links between the PNG constitution and the Australian regulations of the time."

But she said she did not expect the ruling to have far-reaching effects.

"The judgement needs close attention and may have limited value for others born in PNG whose parents were Australian citizens, as the judge ultimately decided it was a question of fact. The question is factual and the test is a practical one".

After completing school and university, Mr Lee worked for 20 years as an electrical engineer designing high-speed railways, mainly in Asia. But when he went to renew his passport in 2016, it was refused.

The then 42-year-old was told by the Department of Home Affairs he was not an Australian citizen, but a Papua New Guinean.

In the Federal Court, a submission on behalf of acting immigration minister Alan Tudge argued Mr Lee lost his Australian citizenship when PNG became independent in 1975.

“When they kept rejecting me, it kept driving me more and more, it just wasn’t acceptable, and I dug for more and more documents,” Mr Lee said.

Federal Court judge Darryl Rangiah in his judgement ruled “at independence, the applicant fell within s 65(4)(a) of the PNG Constitution as a person who had the right to permanent residence in Australia and that therefore did not make him a PNG citizen".

“I make the declaration that the applicant is an ‘Australian citizen’,” Justice Rangiah said, and ordered the Department of Home Affairs to pay Mr Lee’s costs. Under the 1975 Australian law granting the colony independence and the new PNG constitution, a person who was born in the territory and had two grandparents from there, automatically became an PNG citizen and lost all Australian rights.

The law had an exemption, though, for those who had the right to permanent residence or were naturalised Australians.

“The pre-amble of the PNG Constitution calls for, ‘the family unit to be recognised as the fundamental basis of society’,” Justice Rangiah said in his judgement.

“That seems inconsistent with dividing some families such that while the parents remain Australian citizens, their infant children would not and would instead become PNG citizens.”

Mr Lee is of Chinese ethnicity, his paternal grandparents were both of Chinese-heritage and born in Rabaul in New Guinea, but naturalised Australians

Both his younger siblings, born in post-independence PNG, obtained Australian citizenship by descent. October 1975 was the first time Mr Lee set foot in Australia while travelling with his mother, on her Australian passport, to buy a family house in Brisbane.

He then repeatedly travelled on his mother’s passport to Australia after independence and was issued with an Australian passport in 1979 before the family settled permanently in 1982.

“I’ve never been back since 1982. I don’t really have any connection to PNG,” Mr Lee said.

While fighting the case, he has been separated from his Australian permanent resident wife and Australian-born son, who live in Taiwan.

“I’m hopeful to see them again when the coronavirus travel restrictions are lifted,” Mr Lee said.

“It’s been tough on them, he was only five when this started and now he is eight.”

The Department of Home Affairs and the office of Mr Tudge has been contacted for comment.

The department has 28 days to appeal to the High Court.