A performance artist shook up the crowd at the Art Basel show in Miami Beach on Saturday when he grabbed a banana that had been duct-taped to a gallery wall and ate it.

The move was bananas... or maybe the work was just too appealing.

A performance artist shook up the crowd at the Art Basel show in Miami Beach on Saturday when he grabbed a banana that had been duct-taped to a gallery wall and ate it.

The banana was, in fact, a work of art by Italian artist Maurizio Cattelan titled "Comedian" and sold to a French collector for $120,000.

In a video posted on his Instagram account, David Datuna, who describes himself as a Georgian-born American artist living in New York, walks up to the banana and pulls it off the wall with the duct tape attached.

"Art performance ... hungry artist," he said, as he peeled the fruit and took a bite. "Thank you, very good."

A few bystanders could be heard giggling before a flustered gallery official whisked him to an adjoining space for questioning.

But the kerfuffle was resolved without a food fight. 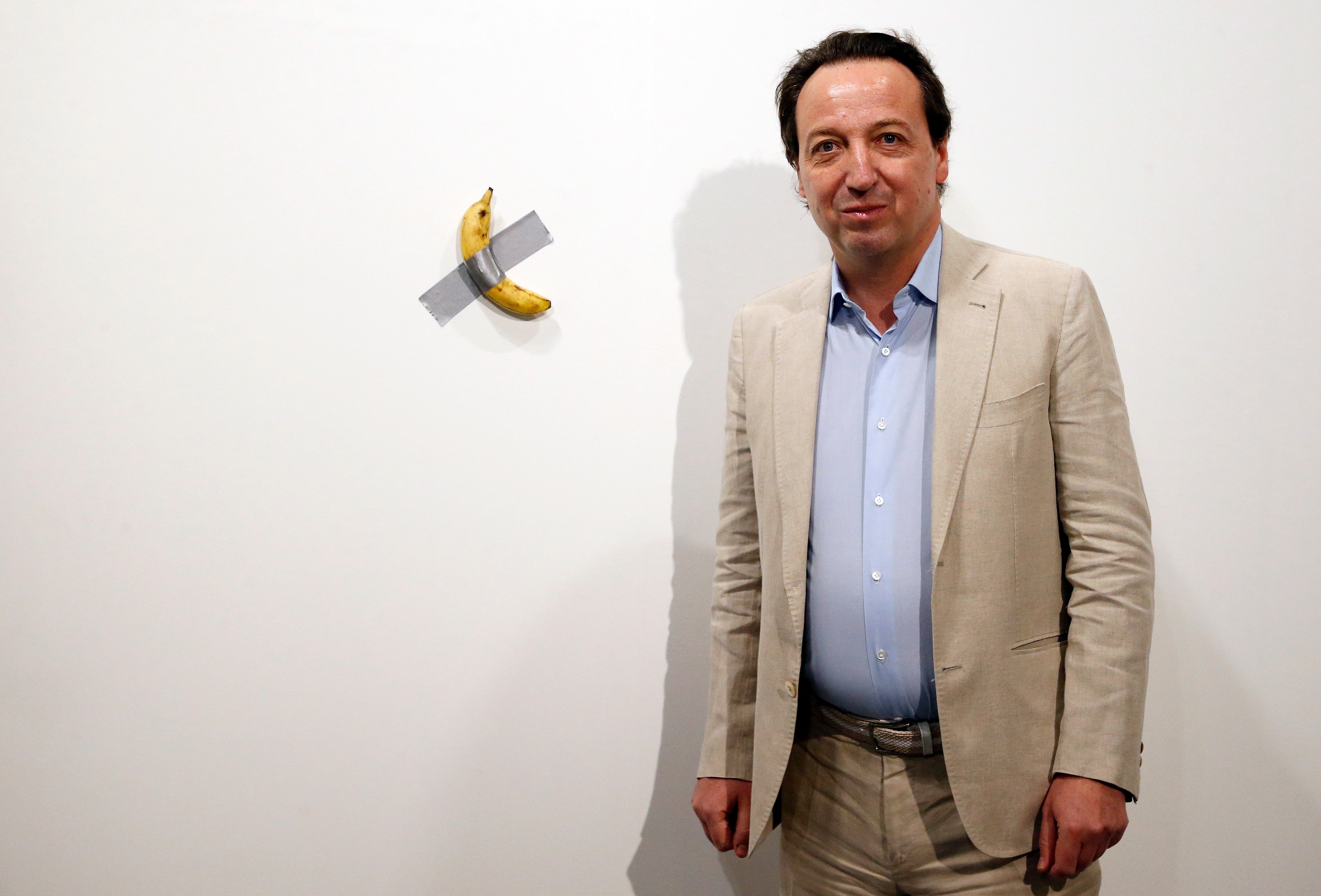 "He did not destroy the art work. The banana is the idea," Lucien Terras, director of museum relations for Galerie Perrotin, told the Miami Herald.

As it turns out, the value of the work is in the certificate of authenticity, the newspaper reported. The banana is meant to be replaced.

A replacement banana was taped to the wall about 15 minutes after Mr Datuna's stunt.

"This has brought a lot of tension and attention to the booth and we're not into spectacles," Mr Terras said. "But the response has been great. It brings a smile to a lot of people's faces."

Gallery director Peggy Leboeuf said that no legal action was planned against Datuna. "We have his contact and everything, so we can go further, but I don't think we will."

Mr Cattelan is perhaps best known for his 18-carat, fully functioning gold toilet called "America" that he had once offered on loan to US President Donald Trump.

The toilet, valued at around $5 to $6 million, was in the news again in September when it was stolen from Britain's Blenheim Palace, the birthplace of wartime leader Winston Churchill, where it had been on display.