Police officers have shot dead an armed man who had stabbed another person near a hotel in Brisbane's CBD.

Police allege a man they shot dead in Brisbane's CBD terrified two tourists before then lunging at officers.

Officers shot a man, about 25-years-old, near the Westin Hotel in Mary St at around 10am on Sunday.

Police believe the man confronted a man and a woman, before pulling a knife and chasing after them.

The woman was able to flee but the man, 26, was allegedly struck in the face before being stabbed in the back.

He was taken to the Royal Brisbane Hospital but has been released. The forensic scene where police shot and killed a man outside the Westin Hotel on Mary Street in central Brisbane.
AAP

Police then shot the alleged stabber after he lunged at two officers, according to Detective Superintendent Tony Fleming.

"We don't know the motivation for this attack today," he said.

"It is my understanding that what the police were confronted with today was a life-endangering situation."

Police believe the attacker had two knives on him during the incident, and that he acted alone. 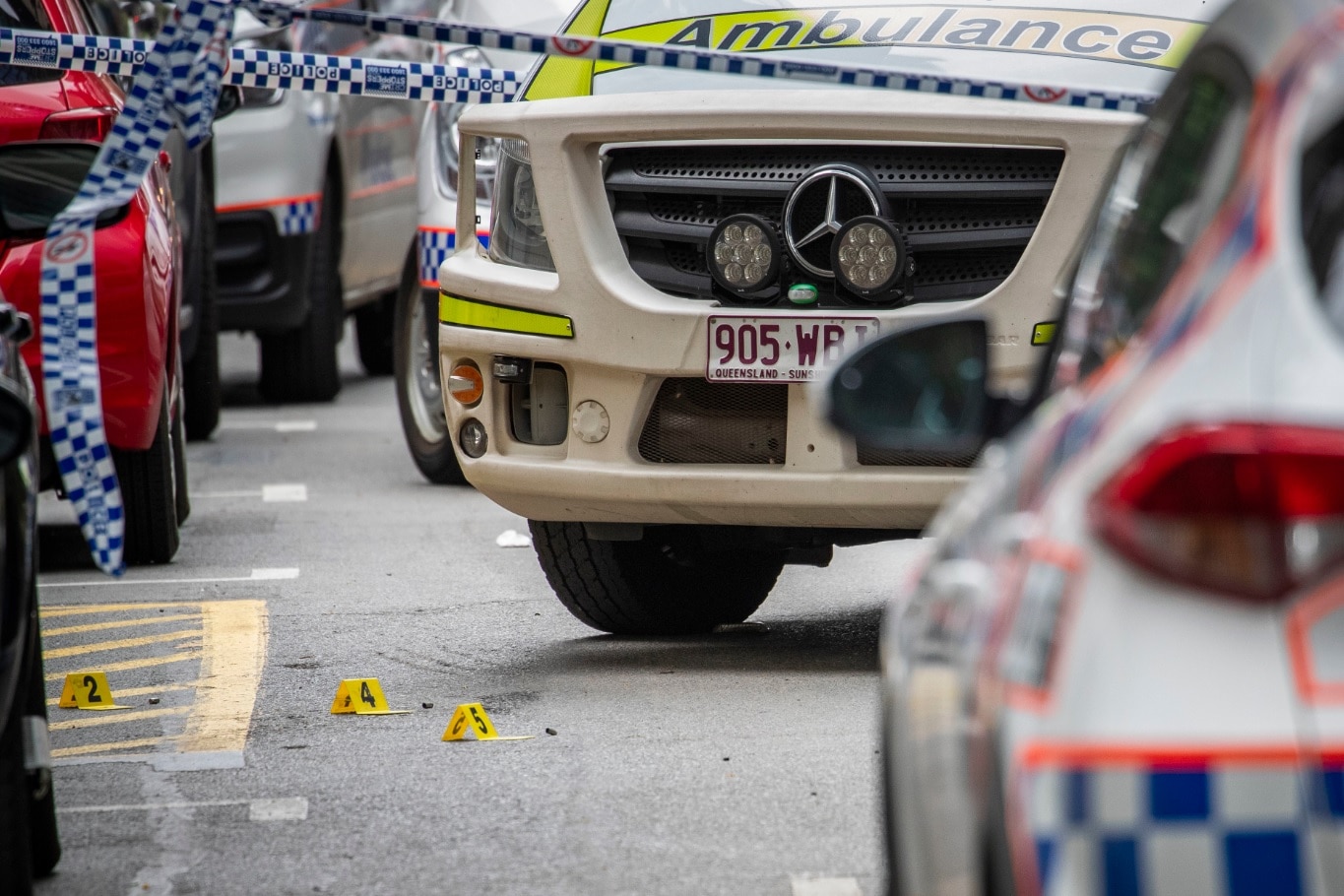 The forensic scene where police shot and killed a man outside the Westin Hotel on Mary Street in central Brisbane.
AAP

Det Sup Int Fleming said the attacker was known to police and said a wide-ranging investigation would take place, including looking at potential terrorism-related motives.

"We do have security and CT (counter-terrorism) people with us which will explore that, but I can tell you that at the moment I don't have any information that confirms or makes this an active CT investigation," he said.

A guest of the Westin Hotel told AAP she heard several gunshots but thought they were fireworks.

"I came outside and I saw someone lying on the ground and (police) were performing CPR," the guest told AAP.

Investigators from the Ethical Standards Command are on scene investigating the incident.