Margaret Court has criticised transgender athletes in a sermon at a Pentecostal church in Perth just weeks before she is to be honoured by Tennis Australia.

Tennis great Margaret Court has ramped up her controversial views, this time taking aim at transgender athletes, in another fiery sermon at a Perth church.

Court, who successfully battled for the 50th anniversary of her grand slam to be marked by Tennis Australia at the Australian Open next month, condemned trans athletes at the Pentecostal church where she is a minister, according to media reports.

The governing body was torn over how to commemorate its greatest woman player, whose opposition to homosexuality and gay marriage has made her a polarising figure among players. 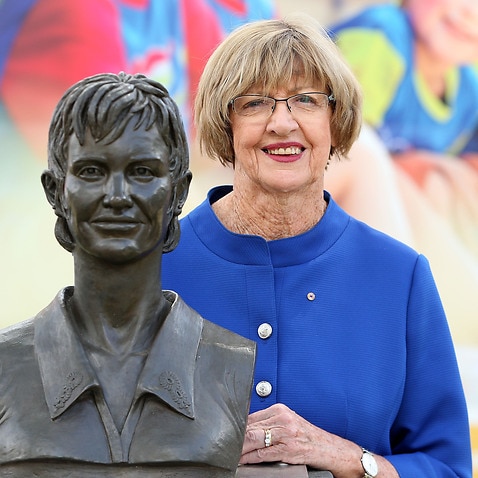 The dispute over her anniversary was eventually settled, with Tennis Australia agreeing to "recognise but not celebrate" Court's achievement.

In her sermon on Sunday, Court also targeted transgender children.

"Because we are living in a season ... even that LGBT and the schools - it's of the devil, it's not of God," Court told her congregation.

"And when children are making the decision at seven or eight years of age to change their sex ... no, just read the first two chapters of Genesis, that's all I say. Male and female.

These Folks Still Have Their Pecking Order:

"It's so wrong at that age because a lot of things are planted in this thought realm at that age. And they start to question 'What am I?' and if you are a Christian... you believe the word of God, this is our TV guide to life...

"And you know with that LGBT, they'll wish they never put the T on the end of it because, particularly in women's sports, they're going to have so many problems.

Margaret Court has not “condemned” anyone. She has spoken the truth about biology. Her views are not “controversial”, they are mainstream. It is 🏳️‍🌈 politics that is inflicting dangerous gender fluid ideology on children without parents’ permission. https://t.co/h6FUiCLlP9

"And you have got young people taking hormones and having changes, by the time they are 17 they are thinking, 'Now I'm a boy and really I was a girl'.

"Because, you know what, God's made us that way," she said.

Court also reiterated that being gay was "a choice" and said that just because she didn't agree with people, didn't mean she hated them.