Humanitarian and environmental groups have urged a powerful global economic body to reject the former Australian finance minister as its new leader.

Mathias Cormann should be judged for his failures on climate change and rejected in his push to lead a powerful global economic body, world leaders have been told.

The former Australian finance minister is one of two final candidates in the international race to head the OECD, facing off against Sweden's Cecilia Malmstrom.

Australian humanitarian and environmental organisations have urged the recruitment team searching for a new secretary-general to reject Mr Cormann.

"The leaders of our international institutions must act in concert with nations to avoid a climate catastrophe that will further entrench poverty and inequality," she said on Friday.

"It is vital the next head of the OECD have a record that demonstrates a real commitment to taking action on climate change." 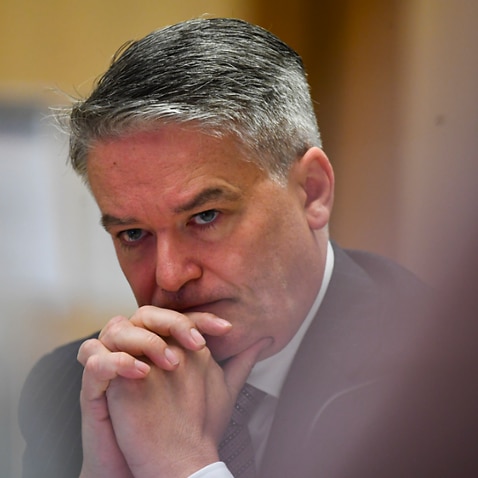 The letter warns that Mr Cormann would be unlikely to play an effective role in advocating for ambitious action in reducing emissions among OECD nations.

Mr Cormann said last month it was essential the OECD provided global leadership on effective climate change and pledged to work with countries to achieve net zero emissions by 2050.

The government he departed last year has continued to resist pressure to sign up to that target.

The former finance minister was a senior member of the Abbott government that abolished the carbon pricing scheme.

"Like any job applicant, Mr Cormann deserves to be judged on his record," Mr Ritter said.

"He has proven time and time again that he puts the profits of the coal and gas industry above people and planet."

The successful candidate will succeed current secretary-general Angel Gurria for a five-year term beginning on 1 June.