Three Muslim girls have been subjected to a "disturbing and brazen attack" in a reserve in Geelong, Victoria.

Three Muslim schoolgirls have spoken of the terror they felt in what has described as a “disturbing and brazen” racially-motivated attack by a gang of youths.

10-year-old Aima Sadiq-Ali, 12-year-old Walija Iqbalali, and Nadia Ali-Ahmad, 15, were playing in a Geelong park last Wednesday around 5.30pm, when a group of boys and girls approached and hurled racial abuses at them.

They then proceeded to forcibly rip off Aima and Nadia’s hijabs, which caused grazing to Aima’s neck.

“They said go back to your country. I’m gonna f*** your mum, like rude words.” Aima Sadiq-Ali told Channel Seven.

Walija Iqbalali said her foot was heavily bruised as the gang repeatedly punched and kicked them, and then pelted them with rocks.

“One of the little girls, she was like seven years old, and she was filling her socks with rocks and hitting us,” Ms Iqbalali said to Channel Seven.

“I couldn’t even control myself as I was really upset,” Nadia Ali-Ahmad added.

As the trio attempted to escape and call police, Aima’s mobile phone was taken off her and smashed into pieces.

A parent related to one of the offenders later arrived, but the girls say instead of stopping the violence, the parent egged the gang on.

In a statement, Victoria Police said they are hunting the group of “about ten youths”, aged between seven and 16, and confirmed an older woman was believed to be with them.

"It is a sickening attack. It's extremely alarming. They're young girls, they should be able to go to a local park and enjoy the outdoors, enjoy the community, without being subjected to this kind of behaviour," he said.

"They certainly have the right to practice their faith and be safe and secure whilst doing so."

Islamophobia Register Australia president Mariam Veiszadeh said in a statement on the group's Facebook page that the "disturbing and brazen" attack on the three girls was part of a wider trend.

"The news of this incident comes amidst a global political landscape in which Islamophobia is becoming increasingly mainstream so people feel more emboldened to engage in a manner that is prejudicial towards Muslims and in this case, against children," she said.

"We are currently in the process of working with a number of academics to analyse over 12 months worth of data from the Islamophobia Register Australia in an endeavour to publish a Final Findings Report later this year which aims to shed light on the trends we are seeing in our data.

"Many incidents like this continue to go unreported. Please help us, protect our communities by reporting any such incidents to Police and to us at the Register."

The girls suffered minor injuries, but said the emotional trauma sustained was severe and are now too frightened to go outside without their parents, who fled war-torn Afghanistan.

“I’m so scared, and my mum’s scared too,” Aima Sadiq-Ali said.

Police have urged for anyone with information to come forward. 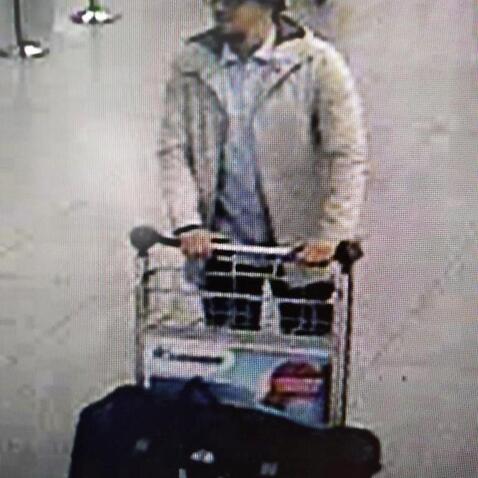