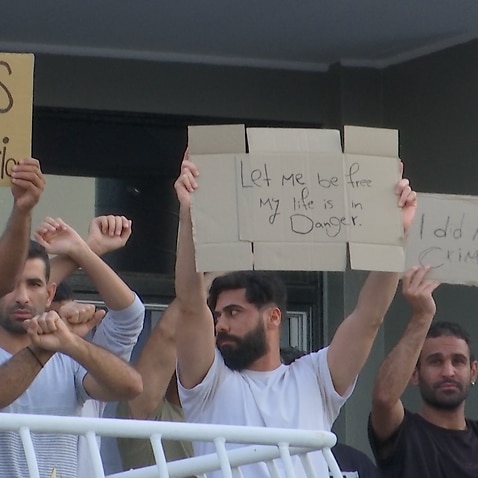 Refugees and asylum seekers inside the Mantra Hotel in Melbourne.
Video