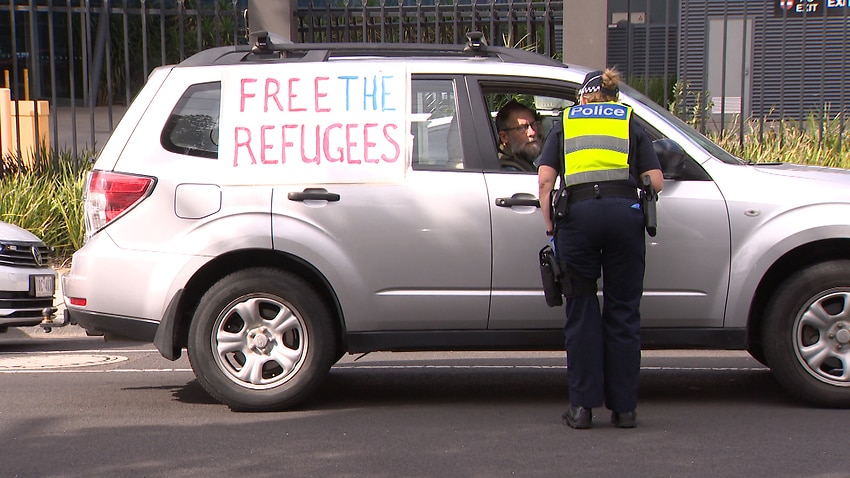 Police question a protester outside the Mantra Hotel in Melbourne. Source: Video

Refugees and asylum seekers inside the Mantra Hotel in Melbourne. Source: Video