A group of Sikh volunteers drove all the way from Melbourne to Braidwood, just outside Canberra, after hearing of how the recent bushfires had devastated surrounding communities.

A Sikh community group has driven more than 700 kilometres through the night to deliver 350 boxes of food and water to the NSW town of Braidwood, where nearby bushfires burned out of control for more than week.

"When we came here, to Australia, we had nothing - only like two bags with us," Sikh Support secretary Gurjit Singh told SBS News.

"So everything we have, we have because Australia gives us a lot of things. So we spread the message that if a bad situation is happening anywhere in the country, we always stand with them." 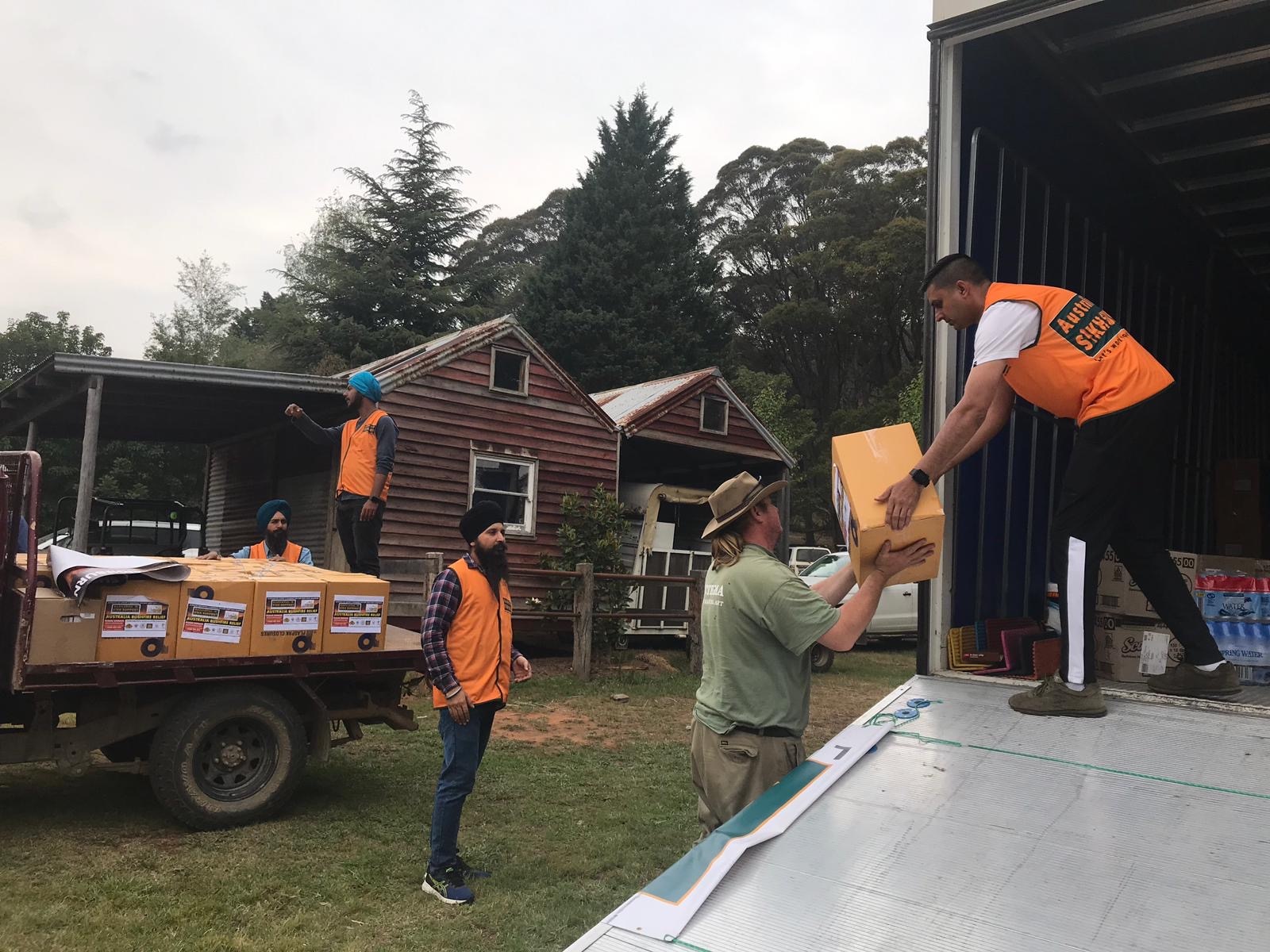 After stopping for a couple hours' rest in Albury, Mr Singh and his group arrived in Braidwood on Saturday morning, delivering the boxes of food to community centres as well as affected farmers' houses.

On their way through the town, they came across a volunteer firefighter brigade by chance, and stopped to share food and drink with them too.

Volunteer firefighter Alex Dunnin said his team was just about to stop for a dinner break when the Sikh Support volunteers spotted them.

"These folks drove all the way from Melbourne - they were that keen to help," he told SBS News.

"People are getting exhausted, they've still got to run their jobs, their businesses, their families - so these kinds of gestures from the community mean a lot." 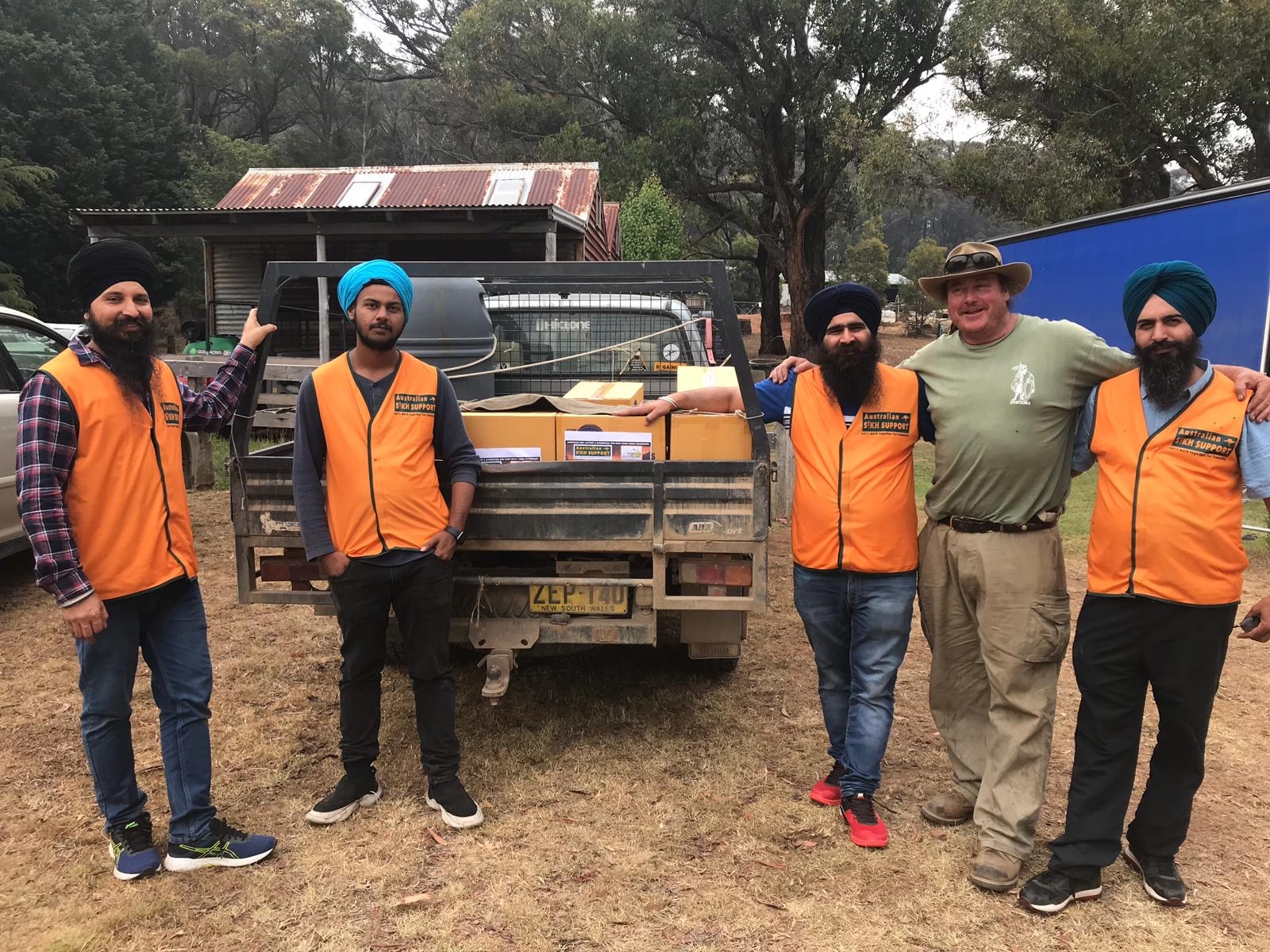 Sikh volunteers visit farms with food donations after bushfires burned out of control around Braidwood for more than a week.
Sikh Support

After spending some time with the community, Mr Singh said many were also inspired to join the ranks of their own local volunteer firefighting brigades.

"We also want to look into training with the firefighters, so the next time this happens we can help," he said.

"When we met with them, we talked with them, and they motivated us, so if we can get some training through the Country Fire Authority or other firefighter groups then maybe in a few years we can join them."

Sikh Support is now raising money for a new water system for one of the Braidwood farmers they met in their travels.