Vegan activists who blocked a busy Melbourne city intersection could face jail time after being charged with obstructing police.

Animal rights protesters who blocked a major Melbourne intersection could face up to five years in jail for obstructing police.

In a surprise rally staged during Monday's morning peak commute, more than 100 activists and three rental vans were used to block the jam-packed intersection outside Flinders Street Station.

Activists chanted for animal liberation, with some sitting on tram tracks, linking arms as they called for the community to stop eating meat and animal-derived products. Police on Tuesday confirmed 39 people arrested at the intersection had been charged, including two 17-year-olds and a 15-year-old.

Almost all were charged with obstructing an emergency worker, road and path of a driver. 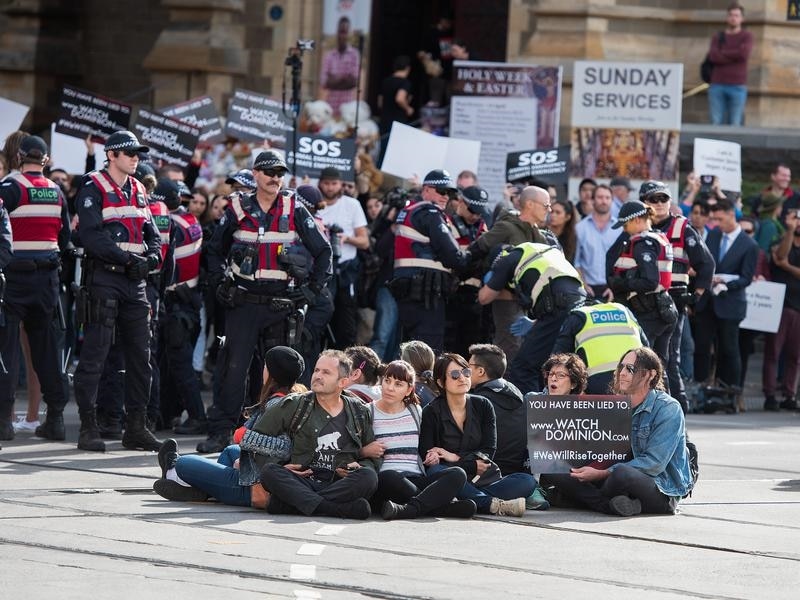 Another person arrested outside the nearby Melbourne Aquarium was charged with assaulting police and drug possession.

All adults were bailed to appear in Melbourne Magistrates Court on June 5.

The children were bailed to appear in a children's court on June 6.