Nearly four months after her husband ended his life at a clinic in Switzerland, Christine Thornton says Australia's only voluntary assisted dying laws are a step in the right direction.

Troy Thornton had multiple system atrophy, a neurodegenerative disorder which progressively impaired his movement, speech and vision, forcing his early retirement from the fire service he loved.

“Be happy for me; I’ve had a great innings. I’ve been fed, housed, educated, travelled, had a great career, with a family and lots of friends,” the 54-year-old told SBS News in February.

Hours later, the father-of-two from the Victorian seaside town of Mount Martha chose to end his life at a euthanasia clinic in Switzerland. It was a financially stressful exercise, and the journey overseas was emotionally and physically exhausting, but his wife Christine was by his side throughout. The day before his death, Troy Thornton went for a long car ride in the Swiss mountains with his wife Christine.
Supplied

"It would have been nice to have had [all the] family close right until the end," she told SBS News.

"And not to have had to travel 30 hours before I could get home and actually be with my kids."

"[But] his decision was to be in control at the end". 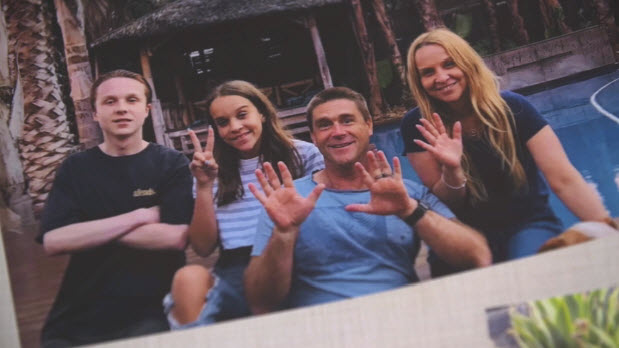 Mr Thornton celebrated his son's 17th birthday and his daughter's 14th birthday in the months before his death.
Supplied

On 19 June, voluntary euthanasia will become legal for terminally ill Victorians who meet 68 different criteria - the first time in Australia in more than two decades.

But Ms Thornton believes it is a step forward.

"I think it is a start and it is so awesome that we are now talking about it," she said.

"I definitely want strict guidelines because you do not want just anyone doing this."

"But it needs to be open to more people - to people that have an incurable disease, that are in terrible pain, that have no hope just like Troy." 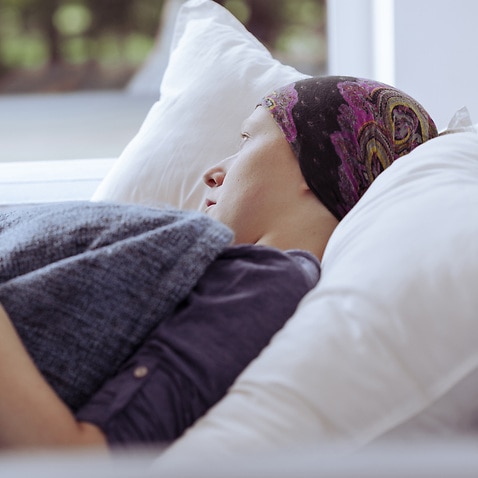 To access the program people have to meet several strict conditions.

To qualify, a person must be at least 18 years old with an advanced disease that will likely cause their death within six months, or 12 months for neurodegenerative diseases.

They must be able to communicate a decision about voluntary assisted dying through the formal request process, have been living in Victoria for at least a year, and be an Australian citizen or permanent resident. 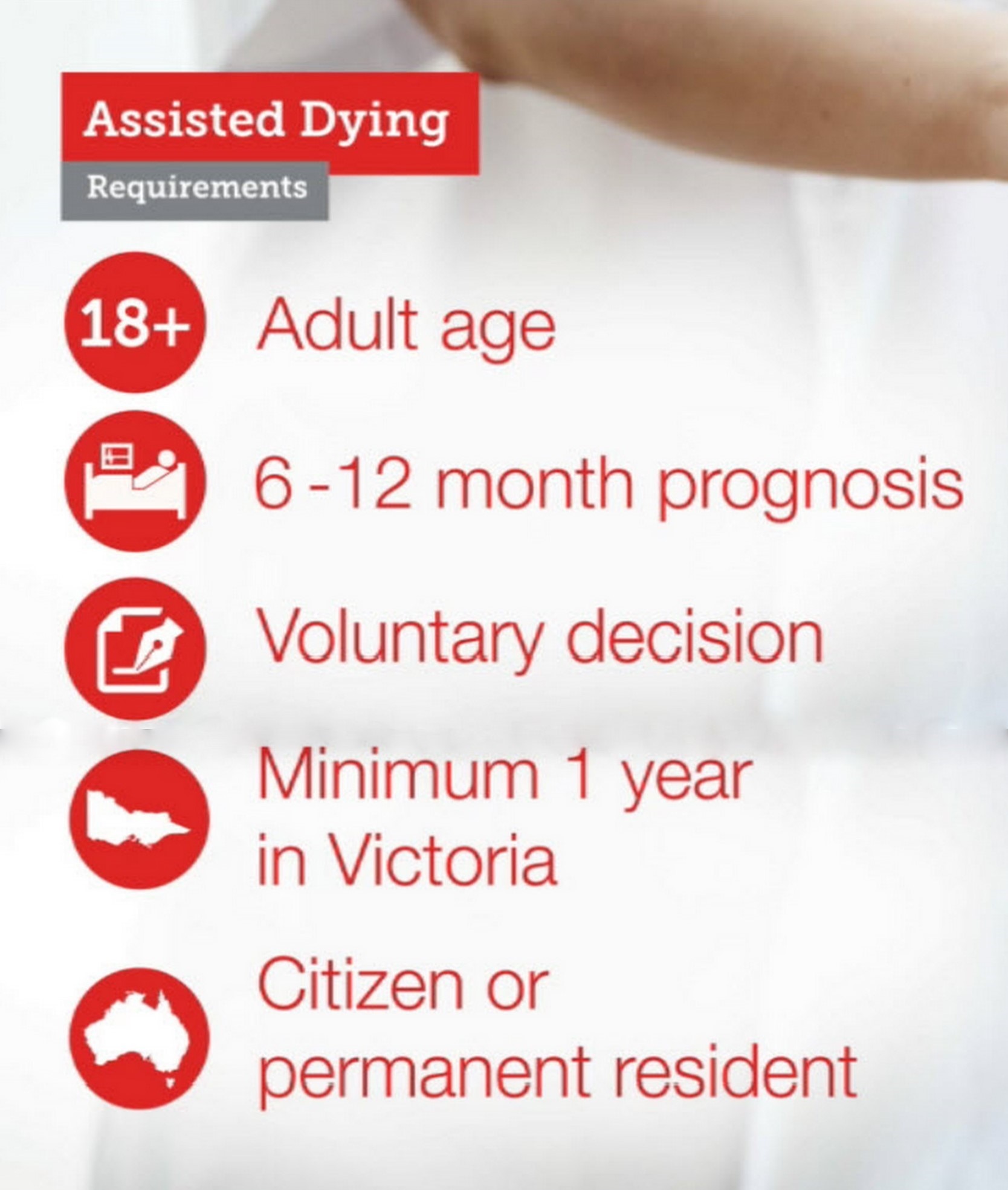 Based on international figures the Victorian government estimates 100 to 150 people will choose to voluntarily end their lives with assistance each year.

"For the vast majority of patients we anticipate that they will continue to use palliative care for end of life choices," Victorian health minister Jenny Mikakos said.

"But there will be a small number of people for whom their pain and their suffering is so intolerable that palliative care is not for them."

"So we are presenting more options for patients, and ultimately it will be a choice that they and they alone will make." 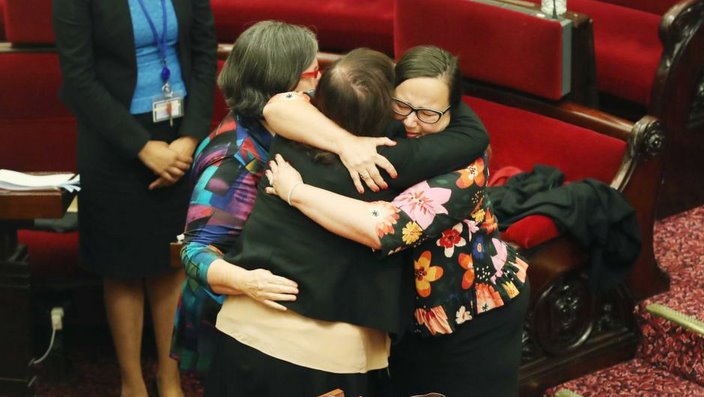 Additionally, the patient must request voluntary assisted dying of their doctor on three separate occasions, including once in writing. And two doctors must establish the person meets the legal requirements of the scheme.

The whole process cannot take less than ten days unless the person is expected to die within that time.

The program features numerous safeguards to make sure that it is the person's own decision and that they are not under any external pressure. But some medical practitioners fear wrongful deaths due to coercion.

"What we are concerned about is the subtle stuff," said a former president of the Australian Medical Association in Victoria, Dr Stephen Parnis.

"The very fact we have a law that now says some form of suicide is acceptable can lead to, I think, a message that some people are better off dead." 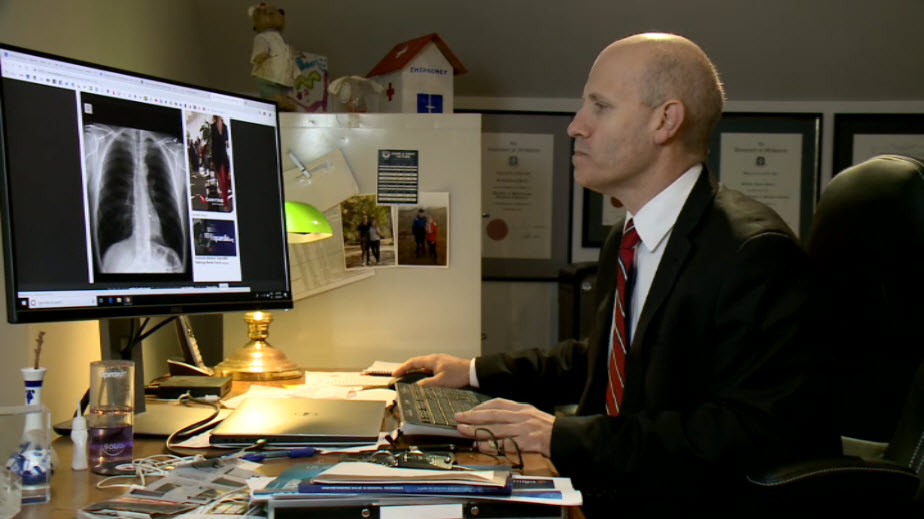 Dr Parnis says under-resourcing of palliative care will also drive some people to choose to end their lives.

"We refer [patients to palliative care] too late."

"We have patchy availability across Victoria, as well as around Australia."

"The people who are more likely to benefit from palliative care are those who are affluent, who know the system, who are well educated."

"If we have a better resourced, better understood palliative system that is delivered urgently, with authority and expertise, then people do have a real choice to avail themselves of that, or to take their lives via assisted suicide." 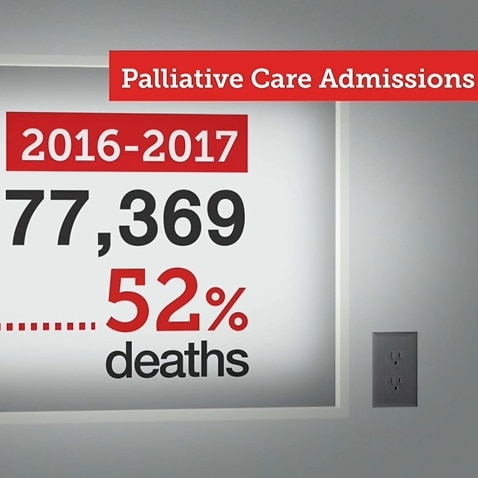 The push to improve end-of-life care

A voluntary assisted dying implementation taskforce has been preparing health services, hospitals and doctors for the rollout of the law in Victoria.

More than 80 doctors have so far registered for involvement.

"We expect that number to continue to go up in the next few weeks," the taskforce's Associate Professor Peter Hunter said.

"But in reality, many doctors have a real-time approach to training and as their patients request it they will be able to continue to register to do the training for assisted dying." 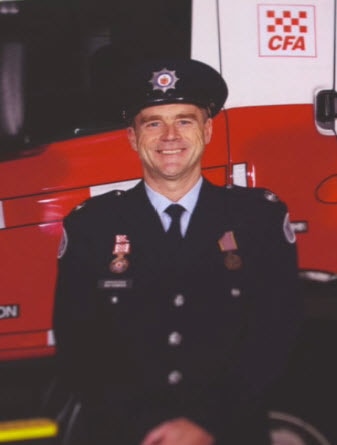 Troy Thornton was a firefighter for nearly 30 years.
Supplied

Advocacy group Dying with Dignity Victoria believes initially people may struggle to find doctors locally who are willing to help them die.

"In an attempt to fix the situation at least for the time being, we are seeking doctors who will provide support," its president Hugh Sargeant said.

"If people find that they cannot find the service they want, they can contact us." 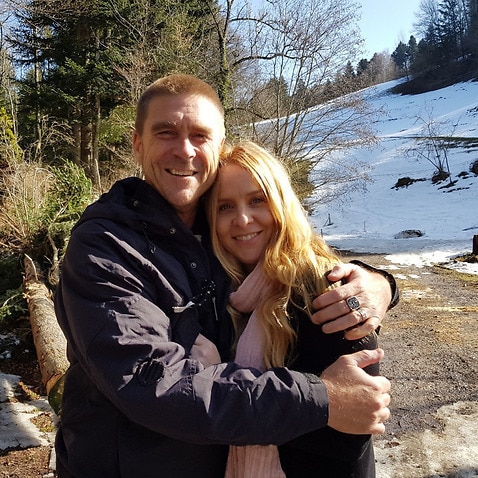 Interpreters will help people with limited English to access the program.

"There is information in a range of languages," consumer and disability consultant Tricia Malowney said.

"And we have made sure that it is also in easy English to ensure that people with cognitive impairments can access the legislation as well." Mr Thornton's family is slowly adjusting to life without him.

"I think we have our good days and our bad days," Ms Thornton said.

"But I think our peace of mind is because we were able to fulfil his wishes."

"He got to die with dignity, on his own terms, in a beautiful way, with me by his side."

More information about the voluntary assisted dying law can be found here.