Children from migrant families have outperformed native English speakers in the spelling results collected in the National Assessment Program - Literacy and Numeracy (NAPLAN).

Children whose families speak another language have outperformed native English speakers in spelling, according to newly released NAPLAN results.

The NAPLAN test is conducted annually on students in Years 3, 5, 7 and 9.

The release of the NAPLAN National Report gives more insights on the initial findings presented in August and tracks performance since 2008 when the data was first collected.

The Year 3 results in New South Wales and Tasmania showed students who spoke a language other than English at home outperformed native English speakers in spelling.

Nationally, the group had a higher mean scale score by 31 points, compared to the native English speaking students.

It is a marked contrast from the Year 1 results for migrant students when hundreds start school with limited or no English language proficiency.

The group that oversees the NAPLAN test - the Australian Curriculum, Assessment and Reporting Authority (ACARA) - said it was encouraging to see these results.

The group's chief executive, Robert Randall, said conversations had already started on the reasons behind the results.

"The data doesn't give you the explanation for why things are happening, but it causes you to have a look a bit further, and so discussion (is) starting today and continuing on why is that? How can we learn from that? How could we reduce any gaps?" Mr Randall said.

The advantage of bilingualism

Linguist Professor Ghil'ad Zuckermann, from the University of Adelaide, said research showed native bilingual speakers have an improved ability to learn - and that could explain the results.

He said native bilingual speakers become particularly honed at spotting the inconsistencies between the spelling and speaking of the English language.

"The spelling of English is shocking when it comes to actual pronunciation of words."

Prof Zuckermann said native language proficiency needed to be acquired in the years before puberty to get the highest level of cognitive benefits, but that learning another language at any age would also deliver enhancements.

"We have more and more evidence that being natively bilingual actually results in mental empowerment, in health empowerment and in education empowerment when it comes to learning another language, or another system," he said.

Dr Susan Creagh, from The University of Queensland, said her research into the NAPLAN results of students from a language background other than English showed that while there were high achievers, there were also kids who were struggling.

"So you have got some really high performing kids who have a language background other than English and generally these kids are coming from very good education systems or may have had a considerable amount of education in Australia," she said. "But at the other end of the distribution of scores, you have a very hidden group of students who have very high learning needs."

Dr Creagh said it would be a mistake to withdraw resources and funding for English as a Second Language in schools based on the results of the high achievers.

She has called for the NAPLAN test to include a measure for English language level.

Mr Randall said the organisation was working with schools on constantly improving how data was collected and analysed.

"We've done some work with state and territories about trying to get some further data on language proficiency, and that is a conversation that is going on," he said. Aboriginal and Torres Strait Island students also featured in standout reading and maths results when looking at the NAPLAN data over a decade.

"It is a bit early to be popping champagne corks and celebrating this. What you get is a composite picture of this by cherry-picking particular elements of the outcome. The outcome overall is not good. And Aboriginal people are still grossly disadvantaged," he said.

"And while ever that gap is there, Indigenous people will never realise the emancipation that education has to offer."

Mr Lester said although up to 90 per cent of Indigenous students attend class, they do not receive the level of engagement and quality teaching that would deliver outcomes - particularly in the first five years of schooling.

"What we have got to get is quality teaching that is inclusive of Aboriginal people and the genuine commitment to working with local Aboriginal communities in a genuine partnership," he said.

"You see photos which my colleague calls Kodak moments. When some event like NAIDOC comes on, the Aboriginal faces appear in the newsletter than they disappear, and the continuation of supporting cultural inclusion diminishes."

Mr Randall said the update of MySchools data next year in March would offer the deeper insights that would allow policymakers to make more targeted interventions.

"I think more importantly though is to look ahead to next year when we update the MySchool website with this year's NAPLAN data because schools are the unit of change," he said. 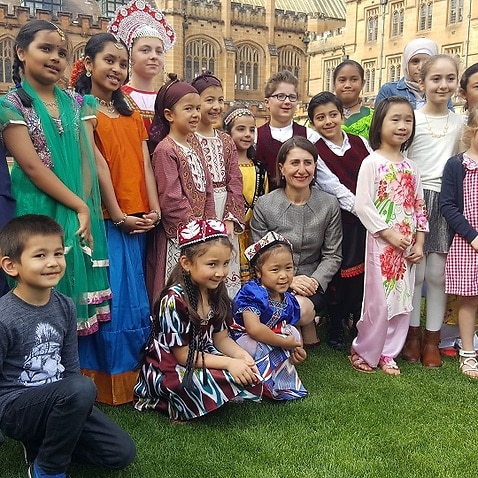 "So it would be interesting to see where schools working with different groups of children are doing particularly well."

The Association of Heads of Independent Schools of Australia (AHISA) also welcomed the gains in Indigenous student performance, but said significant challenges remain for those in remote areas.

"These ventures also demonstrate that successful provision for Indigenous students in remote areas requires flexibility and the freedom to generate collaborations that are the most beneficial, and which reflect the needs and capacities of those involved.

"The NAPLAN results are a clear reminder to governments that finding ways to create that flexibility, while still keeping institutions accountable, must be a priority."

The 2017 NAPLAN results showed improvement at primary school levels, but a decline in high school students over the decade.

Literacy and numeracy levels have either stalled or declined in the past decade.

Federal Education Minister Simon Birmingham said he was troubled by the lack of consistency.

"This is a worry. We see at best stagnating results," he told the Nine Network.

"The results overall are not what you would expect for a system which is seeing record and growing sums of funding invested into it."

Knowledge of civics and citizenship remained stable for Year 6 students but dropped off for Year 10 students.

Two out of three Year 10 students did not know the basics of how government works – the worst results since data was collected in 2008.

The civics and citizenship test includes information on Australia's system of government and knowledge about identity and culture.

"These results are woeful and should be of serious concern," Mr Birmingham said.