Despite their fractured relationship, US Senate Minority Leader Mitch McConnell says he would support Donald Trump if he ran for president in four years.

Less than a month after excoriating Donald Trump in a blistering floor speech, US Senate Minority Leader Mitch McConnell says he would "absolutely" support the former president again if he secured the Republican nomination in 2024.

The Kentucky Republican told Fox News on Thursday there's still "a lot to happen" between now and the next presidential election.

"I've got at least four members that I think are planning on running for president, plus governors and others," Mr McConnell said.

"There's no incumbent. Should be a wide open race." 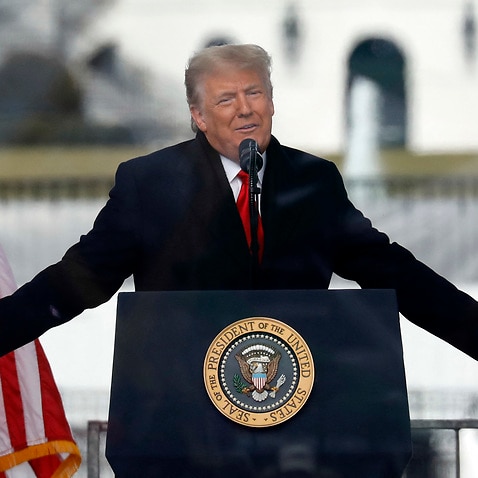 But when directly asked if he would support Mr Trump again were he to win the nomination, Mr McConnell responded: "The nominee of the party? Absolutely."

Mr McConnell's remarks underscore an awkward balancing act he sought to maintain since Mr Trump lost the election, reflecting the reality that Mr McConnell's own path back to power in the Senate hinges on enthusiasm from a party base that still ardently supports Mr Trump.

Mr McConnell's comments come before an annual gathering of conservative activists that this year is expected to showcase Mr Trump's vice grip-like hold on the GOP base.

Mr Trump, along with most other leading 2024 presidential prospects, are set to address the Conservative Political Action Conference, which will be held in Orlando this year due to coronavirus restrictions.

Mr McConnell, a regular at the annual conference, will not be on the program following his condemnation of Mr Trump. 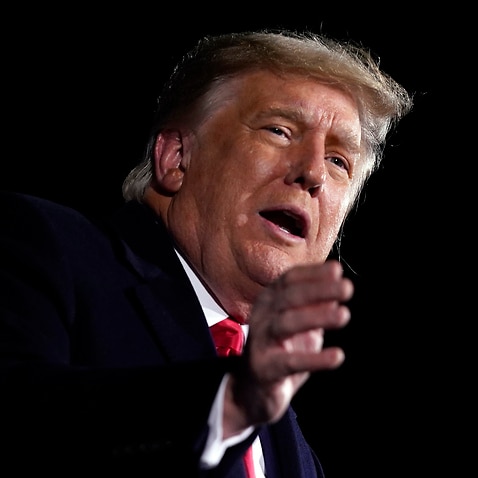 The 36-year Senate veteran had an expedient relationship with Mr Trump while he was in office. He made a habit of saying little about many of Mr Trump's outrageous comments.

But together they secured key Senate victories such as the 2017 tax cuts and the confirmations of three Supreme Court justices and more than 200 other federal judges.

Their relationship soured after Mr Trump's denial of his 3 November defeat and relentless efforts to reverse the voters' verdict with his baseless claims that Democrats fraudulently stole the election.

It deteriorated further last month, after Republicans lost Senate control with two Georgia runoff defeats they blamed on Mr Trump, followed by the attack on the Capitol by Trump supporters. 'These criminals came prepared for war': Security failures under scrutiny amid Senate hearing on Capitol riots

The day of the riot, Mr McConnell railed against "thugs, mobs, or threats" and described the attack as "this failed insurrection".

Still, Mr McConnell likes to pride himself on playing the "long game," which was the title of his 2016 memoir. And his comments on Thursday may yet prove prescient.

Recently, Republican Senator Mitt Romney of Utah, a longtime Trump opponent, predicted the former president would win the nomination if he ran again.

"I don't know if he'll run in 2024 or not but if he does I'm pretty sure he will win the nomination," Mr Romney said during an online forum hosted by the New York Times.