At least 300 people have been killed and hundreds have been injured by a massive truck bomb that tore through a busy shopping district of Mogadishu, making it the deadliest attack ever to hit conflict torn Somalia.

Desperate residents of the capital searched for news of missing relatives after the monster explosion on Saturday afternoon destroyed several nearby buildings, leaving victims burned beyond recognition.

"Somalia Federal government confirmed that 276 people were killed in the blast... and 300 wounded were admitted at the different hospitals in Mogadishu," the country's ministry of information said earlier today.

The head of the ambulance service has since revised the death toll to more than 300.

"There is still a national rescue operation" under way, the ministry said in a statement, adding that there would be "national mourning and prayers for the victims" in the coming days.

Police official Ibrahim Mohamed told AFP that many of the victims were "burned beyond recognition" in what he described as "the deadliest attack ever."

The government statement said an emergency centre had been set up in the capital for people to seek information abut their loved ones.

"It has been more than 24 hours now and we don't have any traces or information about the sister of my friend, we can assume she is dead with her flesh somewhere amongst the horribly burned dead bodies," said Abdulahi Nuradin, who was helping in the search.

"We went to several hospitals to seek any information but no to avail, the family is now 99 percent convinced she is dead, I saw so many severed pieces of human flesh at the hospitals, you cannot even look at them," he added. 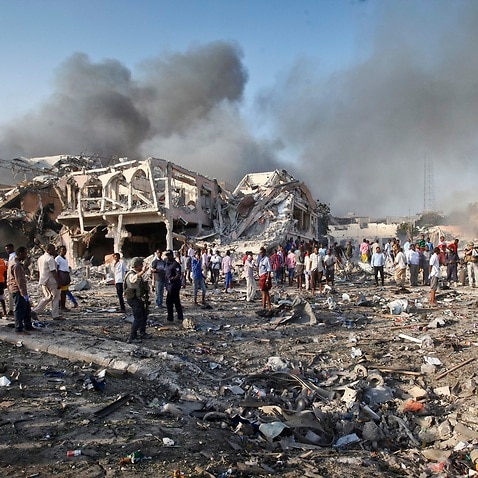 'There was a blood everywhere': Suicide truck bomb kills at least 90 people in Somalia's capital 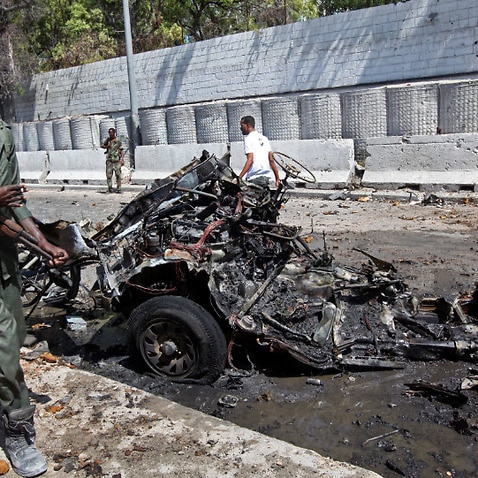 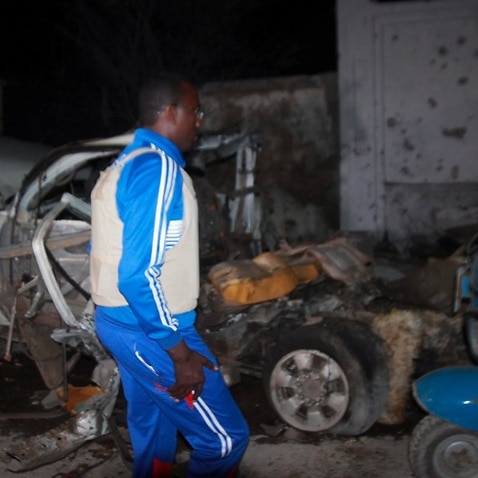 Photos from the scene. In our 10 year experience as the first responder in #Mogadishu, we haven't seen anything like this. pic.twitter.com/cNxeDD86u6

There has been no immediate claim of responsibility, but the Shabaab, a militant group aligned with Al-Qaeda, carries out regular suicide bombings in Mogadishu in its bid to overthrow Somalia's internationally-backed government.

Saturday's blast, the worst in Somalia's history, came six years after Shabaab militants were pushed out of Mogadishu by African Union and Somali troops.

While they were also pushed out of major towns across southern Somalia the militants still control rural areas and launch attacks on military, government and civilian targets in Somalia, as well as terrorist raids in neighbouring Kenya.

"This is the most painful incident I can remember," the deputy speaker of the Somali Senate Abshir Ahmed said in a Facebook post after visiting the Medina hospital where many of the victims had been taken.

Saturday's blast was widely condemned, including by the United States, Britain, Canada, France, Turkey and the African Union.

Turkish President Recep Tayyip Erdogan's spokesman Ibrahim Kalin said Ankara was sending planes "with medical supplies", adding that the wounded would be flown to Turkey and treated there. The country is a leading donor and investor in Somalia. 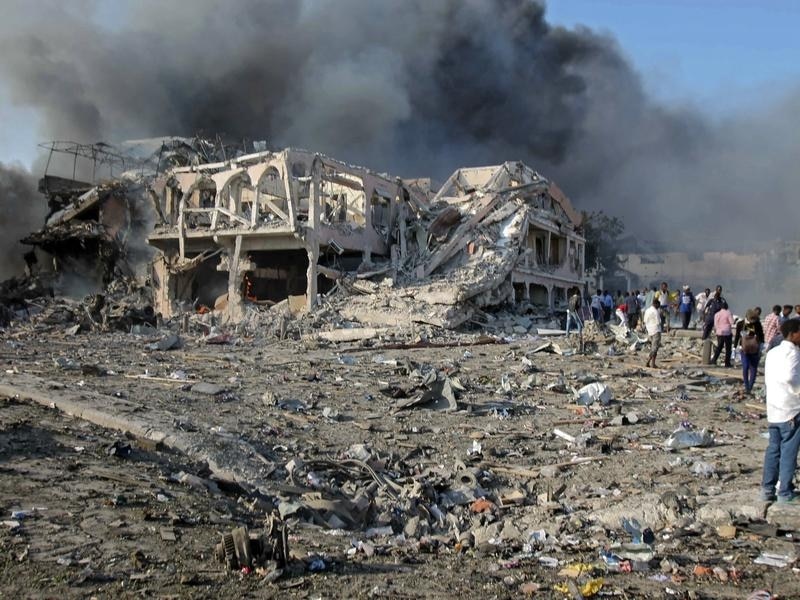 People gather at the scene of a massive truck bomb that collapsed a hotel building in Mogadishu. (AAP)
AAP

Farmajo declared three days of mourning as he visited the attack site and then met with some of the wounded at a nearby hospital.

"Today's incident was a horrible attack carried out by Al-Shabaab against innocent civilians that was not aimed at specific Somali government targets," he said in a televised address to the nation.

"This shows how these violent elements are ruthlessly and indiscriminately targeting innocent people."

Mogadishu's mayor Tabid Abdi Mohamed also visited those wounded in the blast and said the horror of the attack was "unspeakable".

"There is no tragedy worse than when someone comes to the dead body of their relative and cannot recognise them."

Hundreds of people, chanting anti-violence slogans and wearing red or white bandanas around their heads in a show of grief, took to the streets of Mogadishu on Sunday to condemn the deadly attack that has shocked Somalians.

"We have seen what the terrorists can mercilessly do by shedding the blood of innocent civilians," the mayor told the protesters after they ended their march at a square in southern Mogadishu. "We need to stand united against them".

Activist Abukar Sheik added: "There is no house in which people are not crying today."

The explosion occurred at a junction in Hodan, a bustling commercial district which has many shops, hotels and businesses in the city's northwest.

The devastation caused was widespread. Muhidin Ali, a Mogadishu resident who was close by at the time said it was, "the biggest blast I have ever witnessed, it destroyed the whole area."

Security officials said hundreds of people had been in the area at the time of the blast, with police saying it was difficult to get a precise number of victims because the bodies had been taken to different medical centres while others had been taken directly by their relatives for burial.

Qatari Foreign Minister Sheikh Mohammed bin Abdulrahman al-Thani wrote on Twitter that the country's embassy had been badly damaged in the blast and one of its top officials wounded.