Authorities have made the country's biggest ever onshore seizure of the drug ice, with almost 1.6 tonnes of the illegal drug hidden inside stereo speakers.

Australian authorities have made the biggest ever onshore seizure of the drug ice, equivalent to almost 16 million drug deals.

There are no arrests yet and the investigation is continuing. 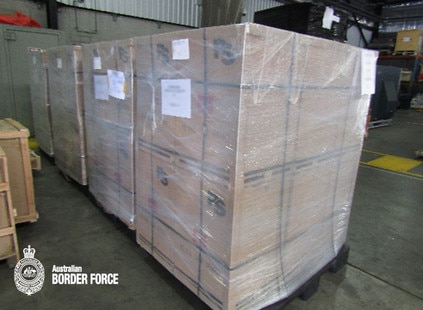 The drugs were found in a sea cargo consignment targeted by officers for further inspection at a container examination facility.

An X-ray revealed anomalies within the speakers and when they were taken apart, ABF officers found vacuum-sealed packages containing the drugs.

"This is the largest meth bust we've ever seen in this country and demonstrates not only the brazen nature of those involved in this criminal activity but the resolve of the ABF in Victoria and around the country to stop these imports," he said.

The drugs would have made it to the streets of Melbourne and beyond, if not for the force's sophisticated targeting and detection capabilities, he said.

The seizure is equal to more than 13 per cent of the total drugs seized by Australian border force officers last financial year. 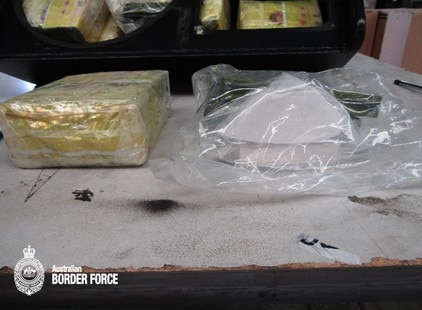 "The effect of these drugs on the community and families would have been profound. It may be your loved one, a friend or neighbour who has been spared the terrifying impact of this mammoth shipment."

Anyone with information is urged to come forward.