More than 60 members of Colombia's LGBTIQ+ community have been killed this year, as a growing spate of violence sweeps the country.

At least 63 members of Colombia’s lesbian, gay, bisexual, transgender and intersex community have been killed in the first eight months of this year, according to the Andean country’s human rights ombudsman, while other acts of violence also increased.

Among those killed were 17 transgender women, 12 gay men, six lesbian women and one transgender man, as well as others whose sexual orientation and gender identity could not be specified, although they belonged to the LGBT and intersex community, the organisation said on Tuesday.

Intersex refers to people who have reproductive or sexual anatomy that does not conform to typical definitions of male or female. The ombudsman, an independent organisation that promotes human rights in Colombia, did not immediately include comparative figures from the same period in 2019 as collection of the information started this year.

From January to August, the organisation reported 388 cases of violence against LGBT and intersex people, mostly in the form of physical and psychological aggressions, up from 309 cases in the whole of last year.

“During the pandemic prejudice and discrimination have been exacerbated while obstacles to accessing justice in the receiving of complaints increased,” the ombudsman said in a statement.

The organisation, which also cited 36 cases of aggression by police officers, called on the government to develop a concrete action plan to stop violence due to prejudice and fight institutional discrimination that affects this community in all areas and spaces.

The new statistics come as Colombia has been rocked by a wave of massacres. 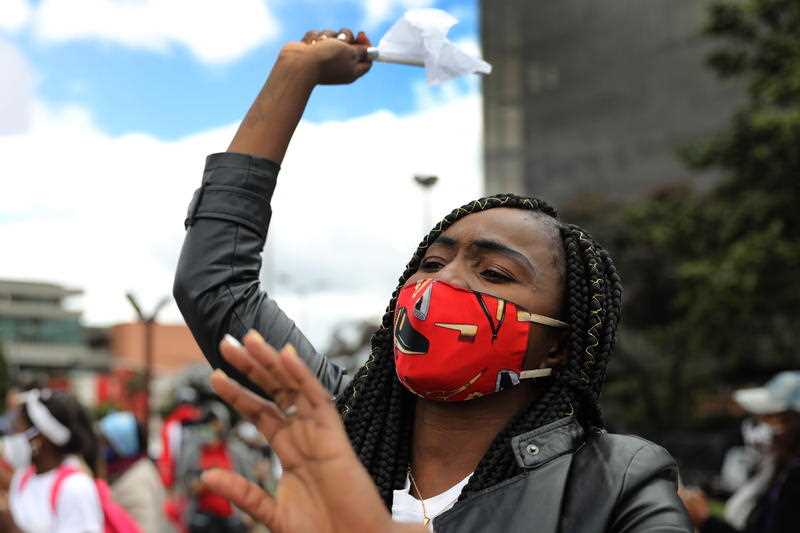 A young woman shouts protest slogans during a demonstration against the massacres, in Bogota.
AAP 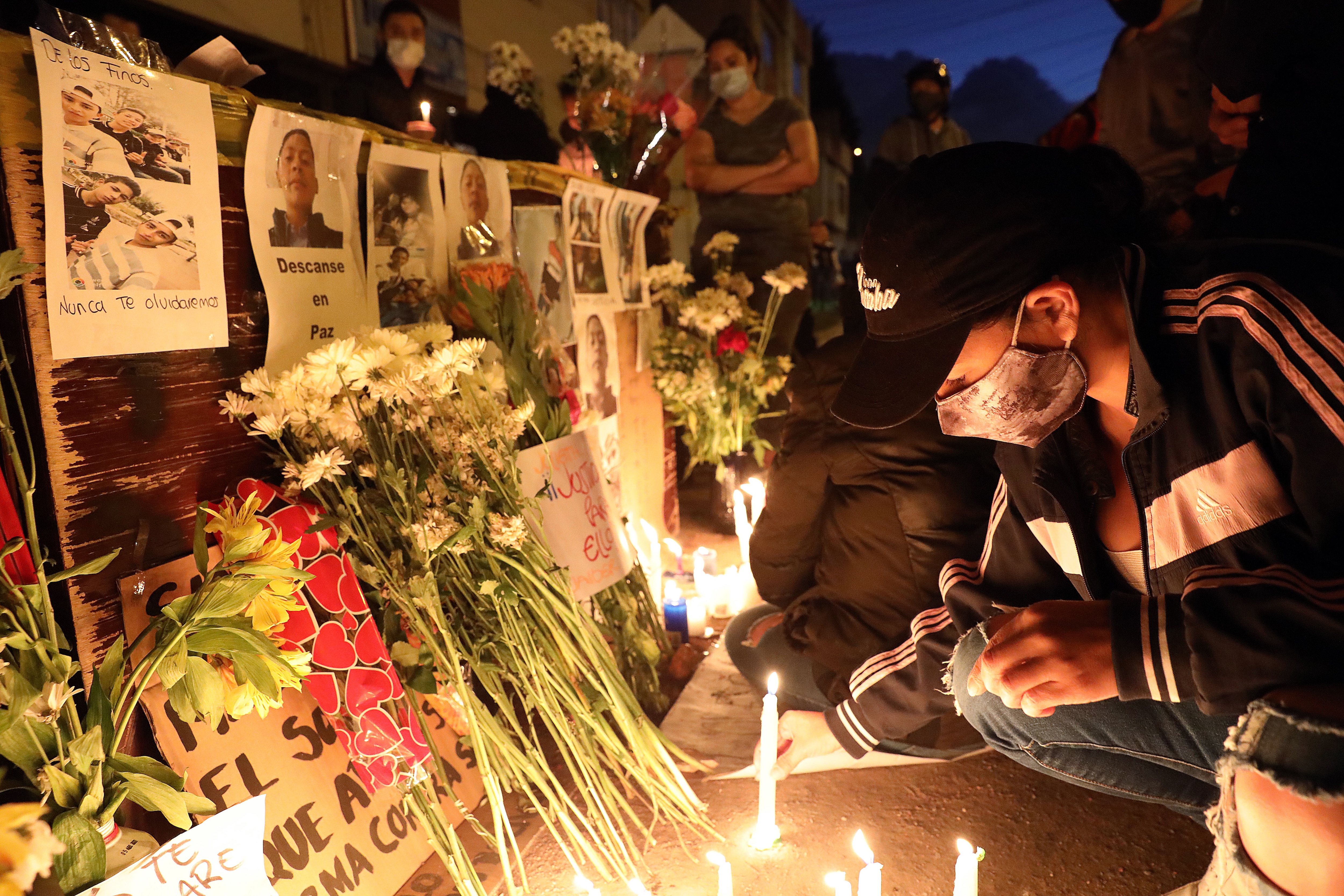 People at a demonstration in Bogota, Colombia, on 10 September.
AAP

As authorities investigate, various claims are emerging as to what is driving the recent massacres.

Some local media outlets and human rights groups have reported so-called 'COVID death squads' are allegedly targeting those who are breaching virus restrictions during the pandemic. Young people hold a protest banner during a demonstration against the massacres, in Bogota, Colombia.
AAP