Australian musicians and festival organisers have come together to demand an end to the government's "war on music and culture in NSW".

A campaign to save NSW’s music festivals has gathered momentum after the cancellation of two events in recent weeks.

In less than a week, the campaign has attracted the support of 80,000 people and more than 100 Australian musicians. 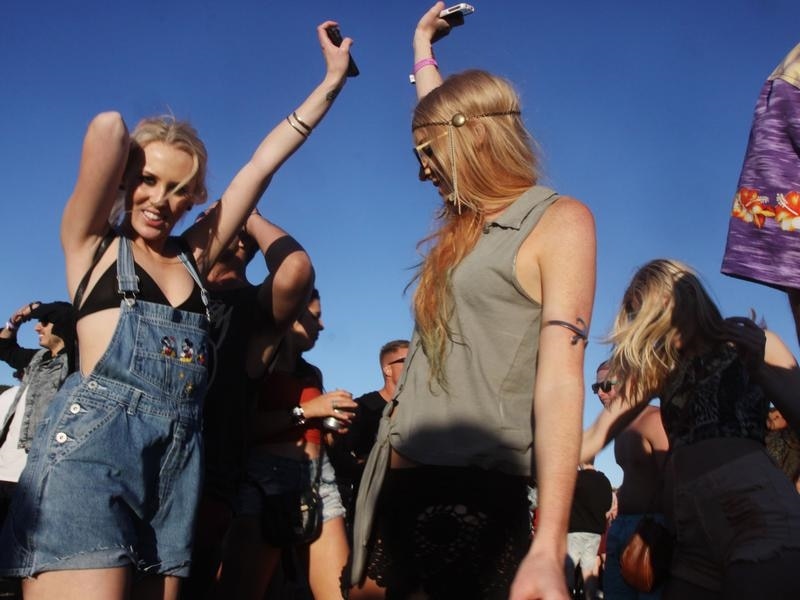 Musicians and festival organisers have rallied together to call for an end to the "war on music and culture in NSW".
AAP

"Festivals are being used as a scapegoat for years of failed drug and alcohol policy."

The letter accompanied a change.org petition, which has been signed by more than 80,000 people.

Julian Hamilton, one half of Australian ARIA-winning duo The Presets, told SBS News that he joined the campaign because was concerned for the future of Australian music.

"We earn a large portion of our income from performing at Festivals … if more and more festivals shut down it could become a problem for bands like us," he said.

"But much more importantly than that, I worry about younger bands, and younger music fans if more festivals close.

"Who knows, the next Courtney Barnett or Flume might have had a ticket to Mountain Sounds?" The Presets accept the Album of the Year award at the ARIA's in Sydney.
AAP

Central Coast festival Mountain Sounds was scheduled to kick off on Friday, but less than a week out from the event, organisers announced its cancellation via Facebook, citing the "government’s war on festivals", including the requirement to pay $200,000 for user pay police, as the cause.

User pay police is a situation where people hosting large private events are expected to pay for additional police officers to patrol the event.

"Safety has always been of the utmost importance to us, and it was for this reason that we agreed to downsize our festival site, cancelling over 20 acts, to ensure we met newly imposed safety, licensing and security costs, in order to maintain the wellbeing of our patrons and still put on the show," the February 9 post read.

"A mere 7 days out from the event, further conditions and financial obligations were imposed on the festival, which were impossible to meet."

On Monday, NSW Premier Gladys Berejiklian hit back, however, and said it was "not fair to blame the government".

"It’s not just about making a quick dollar, it’s also about keeping the people who turn up safe," she said.

"We don’t force roads to close because of road fatalities, we don’t ban alcohol due to (much higher) deaths from alcohol, we don’t shut down casinos because of the trauma and grief they cause to the addicted," they said.

New festival regulations are set to come into action from March 1, requiring organisers to apply for a specific liquor license which will be assessed by a panel of experts, including NSW Health, NSW Police and NSW Ambulance.

"It takes decades to create a fertile music and arts culture that feeds itself, rebuilds and regenerates itself over the generations," Mr Hamilton said.