Prime Minister Scott Morrison has highlighted his personal story, and those of ordinary Australians, at the coalition campaign launch in Melbourne on Sunday.

Scott Morrison has centred his re-election pitch on his personal story, the tales of ordinary Australians and "the promise of Australia" while launching the coalition campaign.

The Prime Minister focused on supporting people going about their lives with "honest aspirations" in a speech to hundreds of Liberal Party members in Melbourne on Sunday. 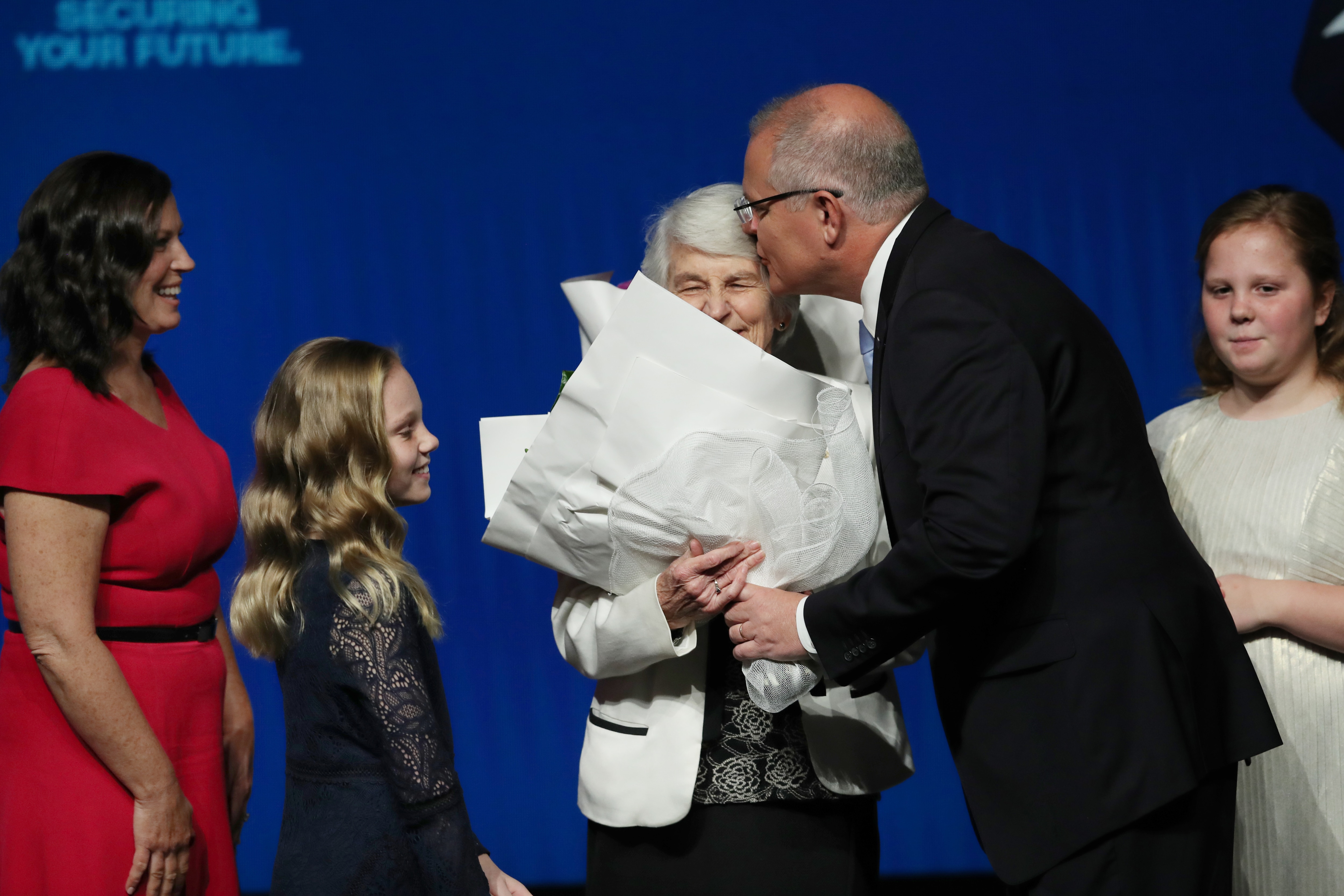 "Life's about what you contribute not what you accumulate," Mr Morrison said, sharing a lesson from his parents.

"It's about serving others, because in life, it's people that matter.

"My family story is not uncommon. Australians quietly going about their lives with simple, decent, honest aspirations."

But it was clear the event was the Scott Morrison Show, as he tries to make the May 18 election a presidential-style choice between himself and Opposition Leader Bill Shorten.

"It is my vision for this country, as your Prime Minister, to keep the promise of Australia to all Australians," he told the party faithful.

It is my vision for this country as your Prime Minister to keep the Promise of Australia to all Australians.

Mr Morrison spoke about families he'd met on the campaign trail over the past four weeks who are worried about Labor's proposed tax changes, and others recovering from the drought.

He then switched gears to hit out at the opposition.

"I'm not getting into a spend-a-thon with Labor, they're welcome to it," Mr Morrison said. The prime minister announced a scheme to give first home buyers help with their deposits if he is re-elected on 18 May.

Under the plan, the National Housing Finance and Investment Corporation - which Mr Morrison established when he was treasurer - would guarantee the difference between five per cent of the purchase price and the 20 per cent deposit.

Mr Morrison was joined by various coalition cabinet colleagues and hundreds of party faithful for the launch.

His wife Jenny and their daughters, Abbey and Lily, along with his mother Marion, were also in tow for the Mother's Day event.

The four main women in his life introduced the prime minister to the crowd after a video presentation focused on Mr Morrison and his family was played.

"They are the women in my life. I couldn't love them or if I tried. And they couldn't love me more if they tried," he said as he wished all Australian mothers a happy Mothers' Day.

Earlier, Liberal MP Sarah Henderson, who is fighting to hold onto her Victorian seat of Corangamite, was chosen to introduce the prime minister.

"Ladies and gentlemen, how good is Scott Morrison," she told the laughing crowd, borrowing one of his favourite catchphrases.

Treasurer and deputy Liberal leader Josh Frydenberg received a standing ovation when he took to the stage, using his speech to hammer Labor for its platform of higher taxes. "This is no normal election. This is an election which will shape the future of our country," Mr Frydenberg said.

"So this election, on 18 May, the choice for 25 million Australians could not be clearer.

"Vote for Scott Morrison and the coalition government for a stronger economy and a brighter future." Nationals Leader Michael McCormack was also on hand to talk about the coalition's "plan, passion and positivity" to serve another term in government.

Mr McCormack described the prime minister as a man who "gets things done" and cuts through the bureaucracy, highlighting his efforts on tackling the drought. But anti-Adani protesters were on hand to rally against the controversial coal mine project in Queensland. 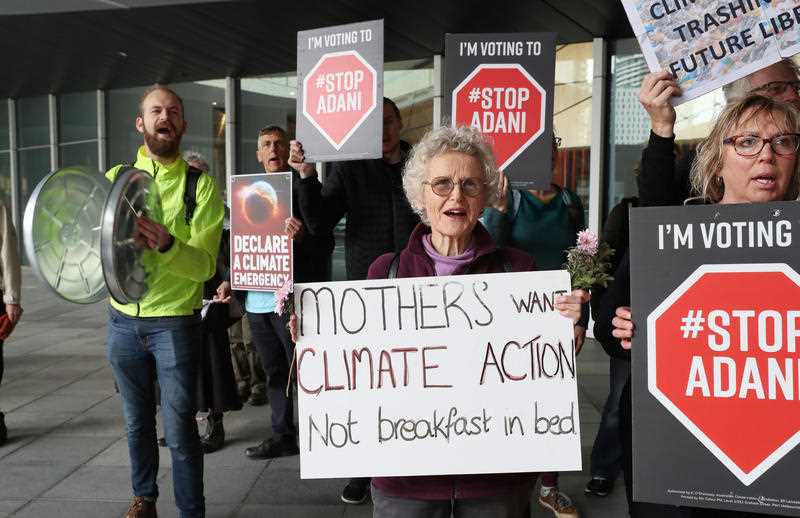 Scott Morrison's launch on Sunday comes after a full day of campaigning for both parties on Saturday in Melbourne. Can you talk like a politician? Take our election jargon quiz

The Prime Minister announced a $75 million package to help women back into the workforce after looking after their children or elderly parents.

But Labor senator Kristina Keneally said this was nothing more than a desperate last-minute attempt to gain credibility among women, and stood in contrast with the ALP's $4 billion package to help a million Australian families with childcare. 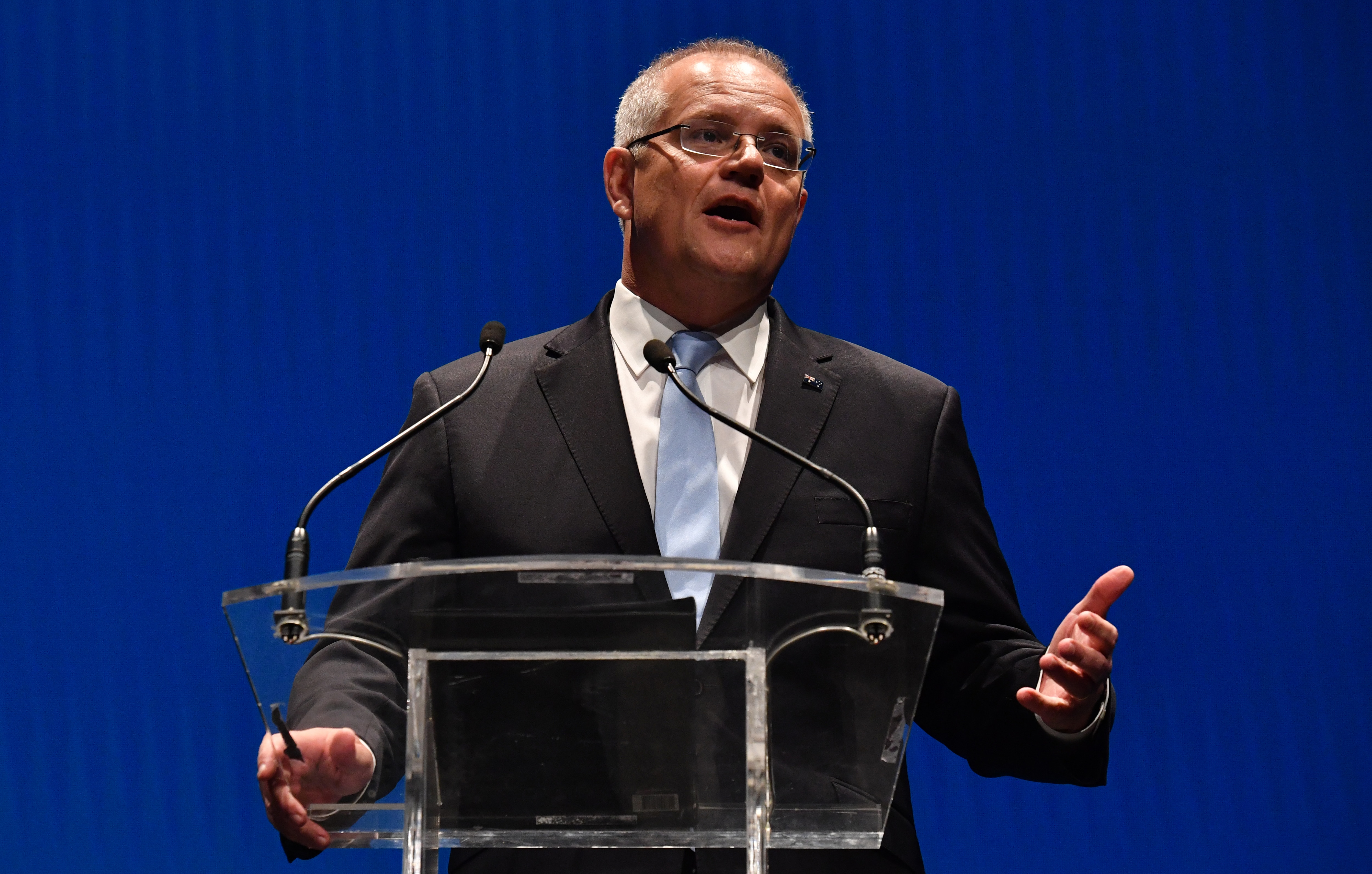 Prime Minister Scott Morrison during the Liberal Party campaign launch for the 2019 Federal election at the Melbourne Convention Centre in Melbourne.
AAP

Sport was also on the agenda for the Prime Minister, who promised to spend $70 million on upgrading sports facilities and creating high-performance facilities.

He's also promised $15 million to set up a permanent home in Melbourne for the national women's soccer team, the Matildas.

Sports Minister Bridget McKenzie said the government wants women athletes to have high-performance facilities "just like the guys do".

Labor Leader Bill Shorten promised to beef up the Australian-made content on the national broadcasters ABC and the SBS. A Labor government would give the ABC $40 million and SBS $20 million for extra drama, comedy, children's documentary and music programs.

"The Liberals have to lose an election to learn 'hands off the ABC'," Mr Shorten told an ABC rally in Melbourne.

Labor has pledged $40 million to @ABCaustralia and $20 million to @SBS over three years “to boost Australian content and stories on Australian screens” #AusVotes19 #auspol @SBSNews pic.twitter.com/vCs3YfJCkw

This funding was included in Labor's election campaign policy costings that were released on Friday. 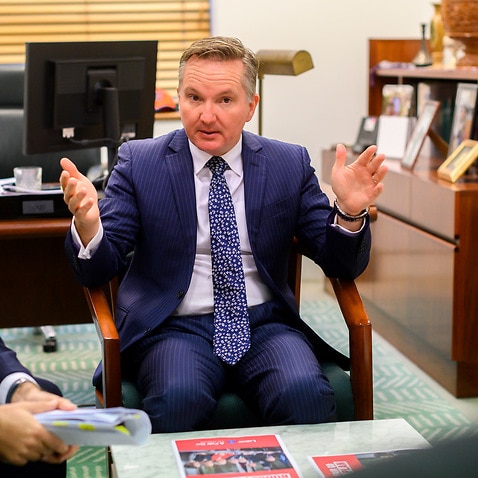 Mr Bowen told the Australian Financial Review he would make sure any big spending promises came with equivalent savings measures.

But the Treasurer said this pledge was laughable.

"It's a bit late Chris, we have just had a campaign where you are promising a hundred billion dollars of new spending," he told reporters in Melbourne.