Scott Morrison is using his first visit to Timor-Leste to mark what he calls a “new chapter” in the relationship between the two countries.

Hannah Sinclair is reporting from Timor-Leste

The Australian government will revamp a military base in Timor-Leste and pay for an underwater cable that promises to “transform” the small nation’s slow and expensive internet services.

Prime Minister Scott Morrison and Foreign Minister Marise Payne are touching down in Dili on Friday to take part in events commemorating the 20th anniversary of Timor-Leste’s vote for independence.

The new maritime security package will see two patrol boats gifted from Australia in 2023 and will also fund the upgrade of a current naval base. 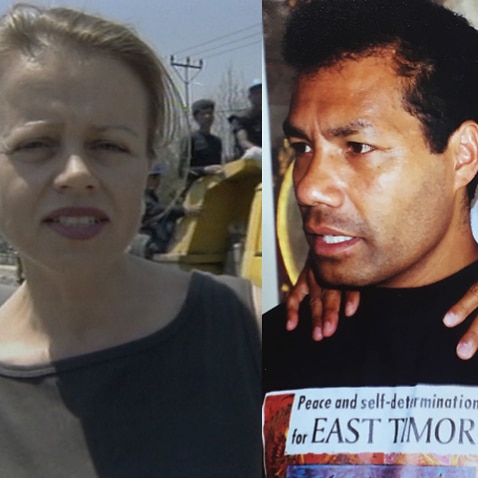 The subsea fibre optic cable is seen as a communications lifeline for the small country and will link Timor-Leste to the existing North-West Cable System, running from Darwin to Port Hedland.

Timor-Leste is one of the few nations in the world without a fibre optic internet connection and instead relies on satellite services. The treaty reconfigures the split in revenue from the Greater Sunrise oil and gas fields from 50-50 to at least 70-30 in Timor’s favour, something the Prime Minister said will help to develop the country's struggling economy.

“This is a new chapter for Australia and Timor-Leste that is based on our shared respect, interests and values,” Mr Morrison said. Local activists say new agreements are welcome but most people are still waiting to see the benefits of the oil.

“Without good management, the money will only flow to the elitist or to the politicians,” activist and independent researcher, Juvinal Dias told SBS.

The new infrastructure announcements come amid concern from Australia and the United States about Beijing’s increasing presence in the region, especially in Timor-Leste.

“It would give [China] a stranglehold over the future of the government [in Timor-Leste] and its obligations to China,” Deakin University South East Asia expert, Damian Kingsbury told SBS. 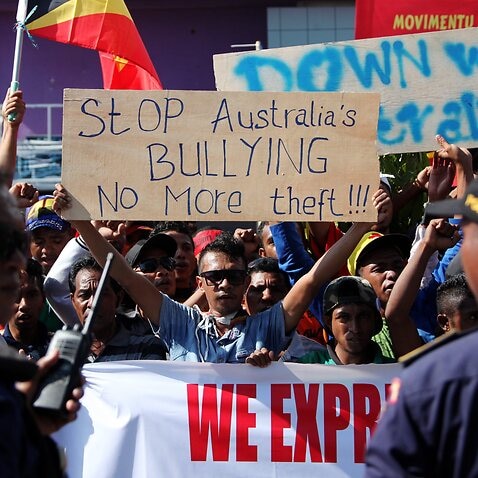 “Those obligations could be manifested in a number of ways, none of which I think Australia would be particularly happy to see.”

Mr Morrison is also under pressure from activists who marched through Dili on Wednesday demanding he drop the case against whistleblowers Witness K and lawyer Bernard Collaery.

The pair are accused of disclosing secret information that revealed Australia had bugged Timor-Leste’s cabinet rooms in 2004.

Prime Minister Scott Morrison avoided Shirley. She pushed politely past security and managed to deliver the petition to @MarisePayne @SBSNews