Ministers from the Organisation of Islamic Cooperation have called on people around the world to stamp out hate.

Muslim nations on Friday called for "genuine" measures against Islamophobia after the attack on two New Zealand mosques that killed 50 people.

Violence driven by Islamophobia requires "genuine, comprehensive and systematic measures to address this affliction," ministers from the Organisation of Islamic Cooperation said in a statement after a meeting in Istanbul. 'Unbreakable': Imam thanks New Zealanders for their compassion as nation reflects

The OIC said attacks against mosques and murders of Muslims showed the "brutal, inhumane and horrific outcomes" of hatred of Islam.

It called for countries with Muslim communities, minorities or migrants to refrain from "statements and practices that associate Islam with terror, extremism and threats" to society.

Turkish President Recep Tayyip Erdogan on Friday also called for a global fight against rising Islamophobia like "anti-Semitism after the Holocaust".

The Turkish leader has presented the mosque attacks by a self-avowed white supremacist as part of a wider assault on Islam and demands the West do more against anti-Muslim sentiment. "Just as humanity fought against anti-Semitism after the Holocaust disaster, it should fight against rising Islamophobia in the same determined fashion," Erdogan told the OIC meeting.

"Right now we are facing Islamophobia and Muslim hatred," he said.

Erdogan said far-right neo-nazi groups should be treated as terrorists in the same way as Islamic State jihadists.

On March 15, alleged shooter Brenton Tarrant killed 50 men, women and children - the victims aged between three and 77 years old - and left dozens injured in an attack that sparked global revulsion.

He livestreamed much of the attack and spread a manifesto on social media claiming it was a strike against Muslim "invaders".

New Zealand's government on Friday reassured Muslims living in the country they would be "safe and secure" despite the deadly attacks in Christchurch. 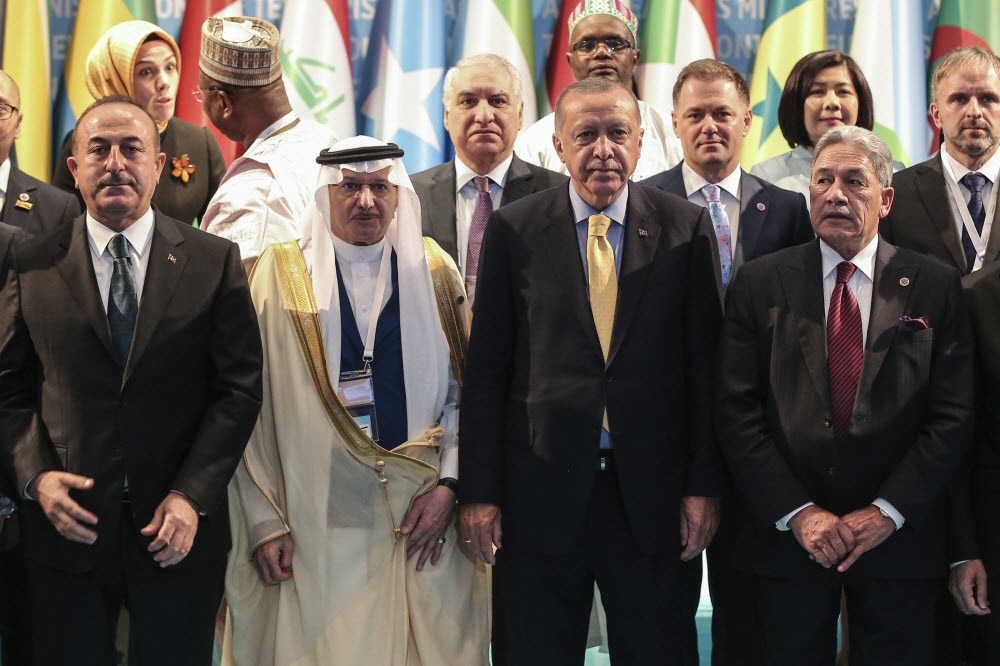 Peters said New Zealand authorities would make sure "no stone stays unturned" in the prosecution of the attacker.

"This person will face ... the New Zealand law and spend the rest of his life in isolation in a New Zealand prison," he said.

Erdogan, campaigning for local elections this month, has angered New Zealand by repeatedly showing the video made by the alleged gunman, an Australian who was arrested.

He has also angered Australia with comments about anti-Muslim Australians being sent back in "coffins" like their grandfathers at Gallipoli, a WWI battle. 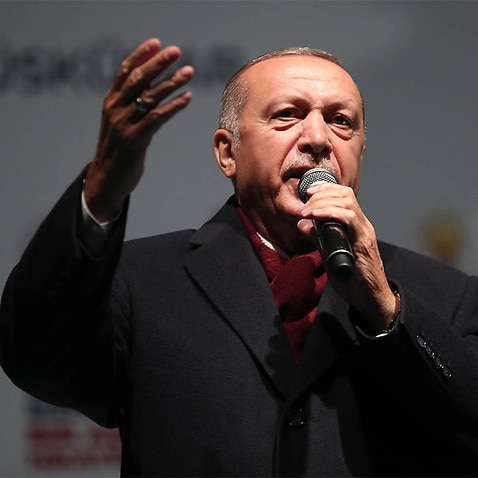 "We are here to show we are one body against Islamophobic actions across the world," he said.

The Muslim call to prayer rang out across New Zealand on Friday followed by two minutes of silence nationwide to mark a week since the attack.

Thousands of people - including Prime Minister Jacinda Ardern - stood silently in a park opposite the mosque where the killing began.