The foreign ministries of Armenia and Azerbaijan said they would declare a "humanitarian truce" from midnight (11am Sunday AEDT) after nearly three weeks of fighting over the Nagorno-Karabakh region.

It will be the warring sides' second attempt to declare a ceasefire to quell almost three weeks of clashes over Nagorno-Karabakh that have killed hundreds of people.

"The Republic of Armenia and the Republic of Azerbaijan have agreed to a humanitarian truce as of October 18, 00h00 local time," Armenia's foreign ministry said late Saturday.

Azerbaijan's foreign ministry confirmed the move in an identical statement.

The announcement came after Russian Foreign Minister Sergei Lavrov held phone talks with his counterparts from Armenia and Azerbaijan and stressed "the need to strictly follow" a ceasefire deal agreed in Moscow last Saturday, the foreign ministry said. 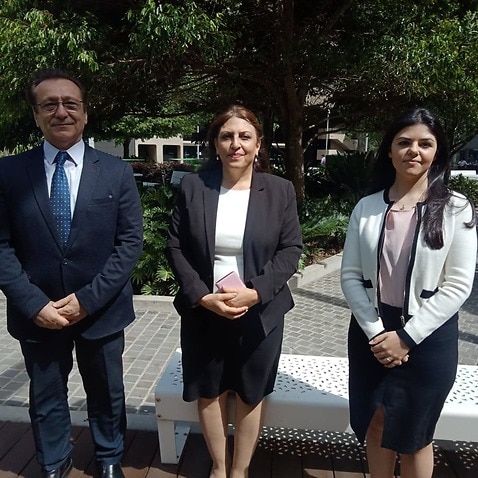 The ministers also confirmed the importance of beginning "substantive" talks to settle the conflict, the ministry in Moscow said.

According to an official, but partial, toll more than 700 people have been killed in the clashes.

The mountainous western region of Azerbaijan has remained under separatist Armenian control since a 1994 ceasefire ended a brutal war that killed 30,000.