New data has led to calls for a national target on suicide reduction.

A spike in the number of suicides in Australia has prompted calls for the establishment of a national target on suicide reduction.

There has been a 9.1 per cent increase in the number of Australians who died by suicide, according to new data released by the Australian Bureau of Statistics (ABS) on Wednesday. The 2017 rate is on par with 2015 as the highest preliminary rate recorded in the past decade.

"Deaths from intentional self-harm occur among males at a rate more than three times greater than that for females," an ABS report said.

If you or someone you know is experiencing distress, contact Lifeline by calling 13 11 14 or visiting https://t.co/113EjsA8e5.#RUOK #RUOKEveryday #wellbeing #MentalHealth #MentalHealthMatters pic.twitter.com/FWNn6iNLFK

These new numbers have prompted an outcry from some in the sector.

Lifeline chairman John Brogden called on the federal government to set a national target to achieve 25 per cent suicide reduction over 5 years.

"Suicide in Australia is increasing at the same time as deaths from most physical illnesses are decreasing," Mr Brogden said.

"3,128 people died last year from a mostly preventable illness. This is an outrage and it is no longer acceptable ... We should say as a nation that we want zero suicides".

We should say as a nation that we want zero suicides

Mr Brogden cited Scotland as an example to follow.

"In 2002, the Scottish government set a target to reduce suicide by 20 per cent in 10 years. This national commitment achieved a reduction of 17 per cent by 2016.

"Behind every number released today is a person who is cared for and loved, with family and friends left devastated by their loss." 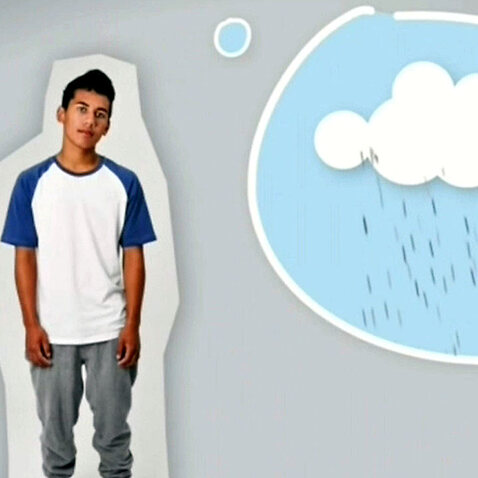 Earlier Wednesday, the federal government announced it is giving $36 million in funding to 15 suicide prevention organisations.

Suicide Prevention Australia and Mental Health First Aid Australia are among 15 groups to receive a share of the money for projects, including research and awareness-raising ventures.